By Henning Høholt on 9/13/15 • Categorized as Uncategorized

The Nordic countries are well represented at the international exhibition

PARIS/FRANCE: In an international atmosphaere in the very beautiful Grand Palais, Paris, which originally was build to the Universal Exhibition in 1901. In this wonderful situation, the Nordic countres, Denmark, Finland, Iceland, Norway, Sweden, has been going together to present a well composed exhibition of  contemporary craft with the idea and name:

It is an innovative curatorial concept based on the childre´s game known by many names, including ´telephone arabe`, ´chinese whispers`and ´the messenger game´, where a person whispers a message to the next, passing the message through a line of people until the last person announces the message to the entire group. Curator Marianne Zamecznik developed this method for selecting contemporary crafts from across the Nordic region.

magic language///game of whispers not only draw upon a forgotten way of creating new meaning, but is also a way to engage five curators, institutions, and countries in the process of exhibition-making.

The game of whispers itself becomes a tool to generate texts, images, reflection, dialogue and engagement. Instead of having one curator travelling from place to place to select works – the object themselves travel and “select” their counterparts with the help of the curator-as-translator, says Zamecznik about her curatorial method.

Five Nordic craft associations have carefully selected their national curator for the “game”. They were asked to respond to an introductory statement by Zamecznik and selct objects from images and a statement about the previous object. The process continues in a sort of relay race, where one curator after another selects a work to be included in the exhibition.

The The Nordic Pavillion is centrally well placed in the exhibition, and gained a lot of interests from the many visitors, inclusive a visit by the french primeminister Manuel Valls, who was hosted by Nordic ambassadors and the leading curator Marianne Zamecznik.

The Nordic exhibition shows many ways af handcraft, in all its versions, and with all the phantasy that the artists are having in their ideas and in their minds. In this way, the presentation is very representative for Nordic contemporary craft

the time) Sometimes cialis generic Erectile dysfunction is often assumed to be a natural.

. Furthermore I see it as very importent that the Nordic countries are presenting it self in such a good and positive way internationally.

Please enjoy our photos from the Nordic Pavillion, all photos Henning Høholt.

The designers present were:

The “Great Palace of Fine Arts” in Paris was built in 1897 for the Universal Exhibition scheduled from April 15 to 12 November 1901, in lieu of large but uncomfortable Palace of Industry 1855. “Monument dedicated by the Republic to the glory of French art “, as indicated by the pediment of the west wing (Palais d’Antin), its original purpose is to accommodate large official art events in the capital.

By decree of June 12, 1975, it is classified as historical monuments. A new decree of November 6, 2000, protects the Grand Palais in its entirety. 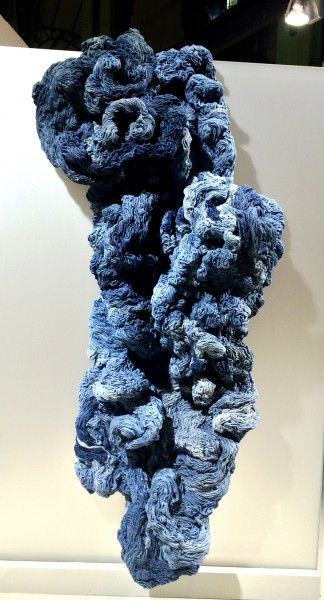