Wisteria is beautiful toxic plant in the garden. Here surrounding a house by the Canal.

By Henning Høholt, text and photos.

Wisteria is beautiful toxic plant in the garden.

STRASSBOURG/FRANCE: At the boarder to Germany the beautiful European city Strasbourg is situated, with a city center surrounded by the river/canal, and with canal boats.

In beautiful weather the spring in Strasbourg is extraordinary, the small central city part Petit Frace.

Furthermore the market place and streets in front of the Cathedral are packed with tourists, who are enjoying the extraordinary international atmosphere
.

Where it is possible to hear language from all parts of the world. 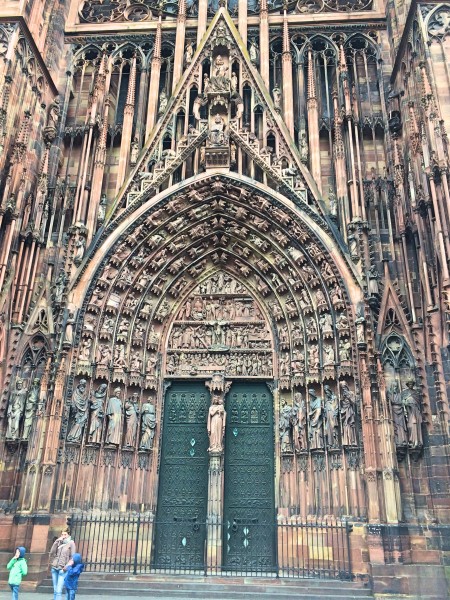 The European capital and capital of Alsace, Strasbourg is a young and dynamic city
. It will definitely surprise you for its lively side, making it a hotbed of culture including museums, theatres, operas, concert halls and festivals.

Everything is so close at hand here!

Whether you love fine restaurants, monuments or entertainment, there’s no doubt that you’ll soon fall in love with this captivating city!

Like many major European cities, Strasbourg is home to world renowned historical heritage sites: the Grande Ile is listed as UNESCO World Heritage.

The more curious among you can explore Strasbourg’s different districts on foot or by bicycle, each of which has its own distinct identity intimately related to its history and its occupants.

Encircled by the arms of the river Ill, the city centre is home to the main sites and monuments which make Strasbourg so famous, including the Cathedral, the Maison Kammerzell, Petite France or the Ponts Couverts… 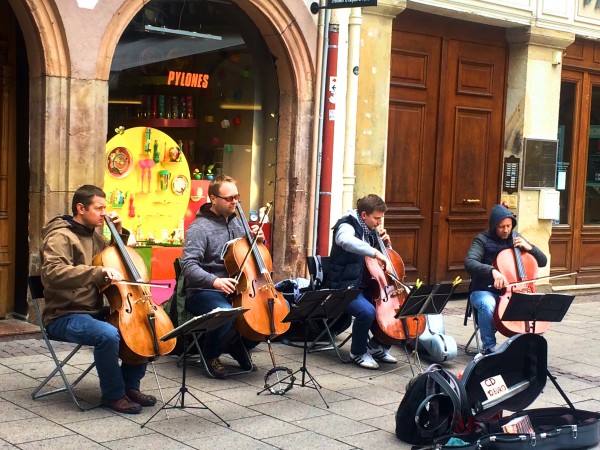 Classical music, opera and ballet is an important part of the cultural picture in this city. Here an informal Cello quartet in Strasbourg. two minutes from the Cathedral entrance.

In the middle og all these official institutions, “normal” people are living, studying and working. A lot of tourists has found to Strasbourg and are being taken well care of. Tourist shops are full of souvenirs and curiosities, and “every one” can find a present for them self, or any they want to give a present from Strasbourg, 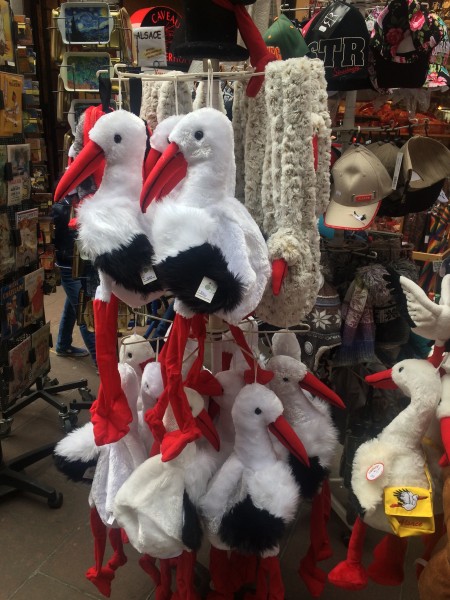 Outdoor cafes (and indoor) are open, even and old Fashion Carousel by the Cathedral, 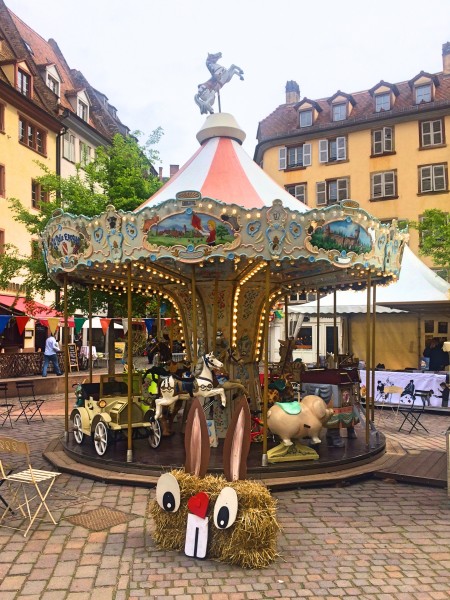 Romantic carousel by the Cathedral.

And in the Canals the Duck mom is showing up her 12 new born ducklings: 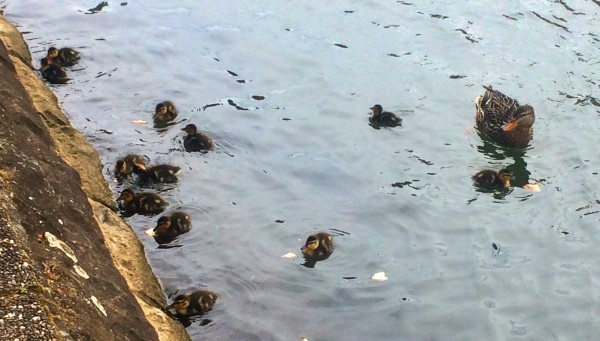 – when the Canal cruise boats are passing. 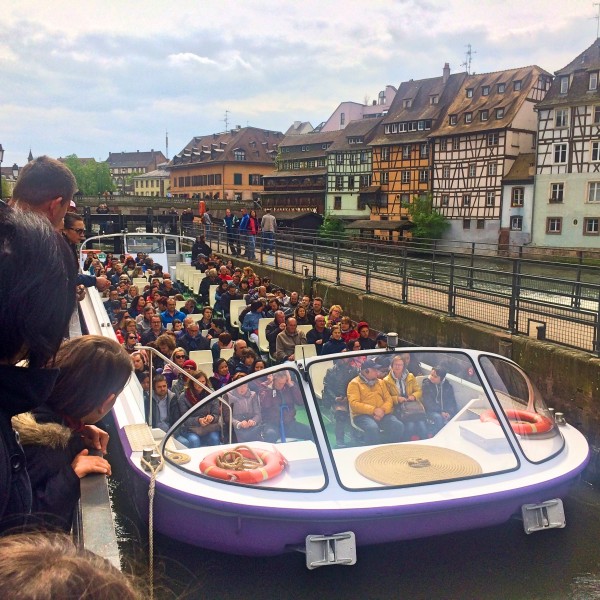 Strasbourg is the capital and largest city of the Grand Est region of France and is the official seat of the European Parliament. Located close to the border with Germany in the historic region of Alsace, it is the capital of the Bas-Rhin département. In 2014, the city proper had 276,170 inhabitants and both the Eurométropole de Strasbourg(Greater Strasbourg) and the Arrondissement of Strasbourg had 484,157 inhabitants. 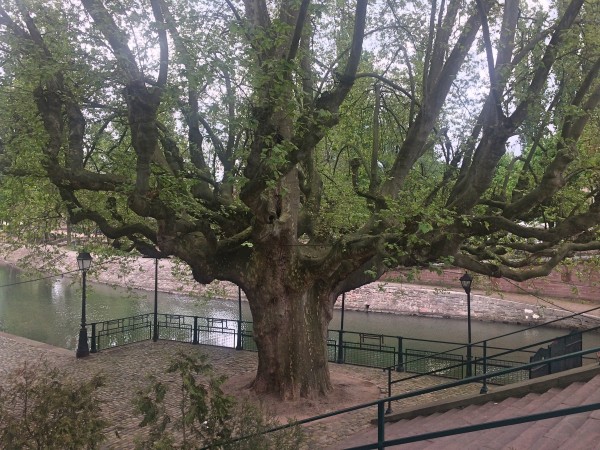 Grand three by the Canal in Strasbourg.

Strasbourg’s historic city centre, the Grande Île (Grand Island), was classified a World Heritage site by UNESCO in 1988, the first time such an honour was placed on an entire city centre. Strasbourg is immersed in the Franco-German culture and although violently disputed throughout history, has been a cultural bridge between France and Germany for centuries, especially through the University of Strasbourg, currently the second largest in France, and the coexistence of Catholic and Protestant culture. 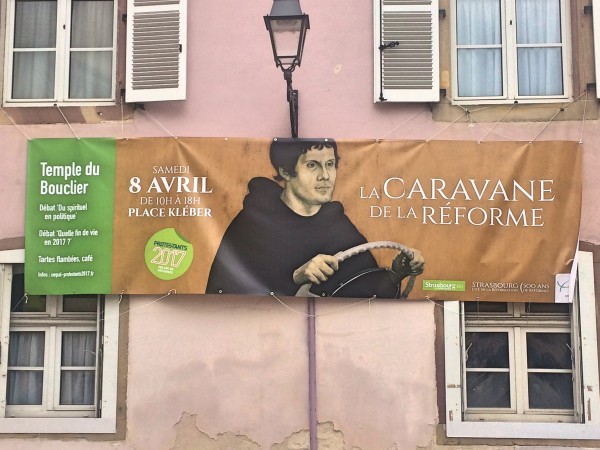 Martin Luther 500 years anniversary for the Reformation is of course also celebrated in Strasbourg.

The largest Islamic place of worship in France, the Strasbourg Grand Mosque, was inaugurated by French Interior Minister Manuel Valls on 27 September 2012.

Economically, Strasbourg is an important centre of manufacturing and engineering, as well as a hub of road, rail, and river transportation. The port of Strasbourg is the second largest on the Rhine after Duisburg, Germany.

Wisteria is beautiful toxic plant in the garden. Here surrounding a house by the Canal.

In addition to its own charming and centrally located opera house, it has also has a great concert hall in the Culture and Conference Center, unfortunately, for concerts, situated a bit outside center, for me, uncentrally located. Kulturkompasset happend to get a wonderful concertante performance of Hector Berliz fantastic opera Les Troyens there. 5,5 hours

Care Physician sildenafil ED is not an inevitable consequence of aging. Modifying. 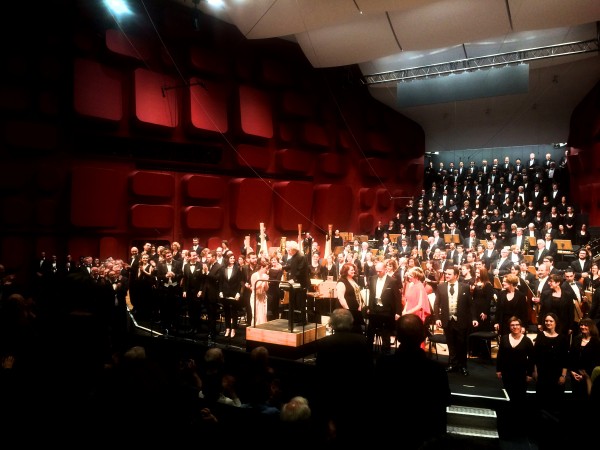 Unfortunately, the applause did, that the concert first ended 10 minutes after the last tram has left that evening, therefore two thousand people, who didn’t have their own car with them, had to walk home, well some, perhaps managed to get a taxi. For us it took 45 minutes walking to our hotel
. Very bad planning.