By Henning Høholt on 7/18/16 • Categorized as Art's,Design,Festival 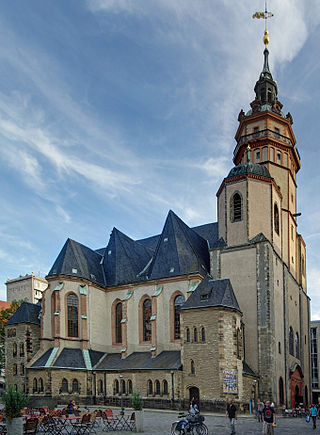 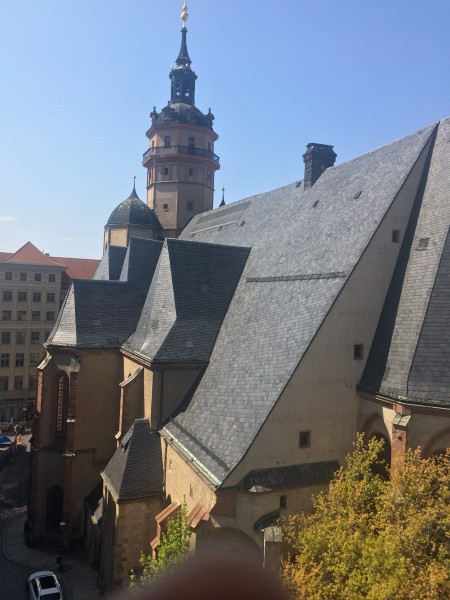 LEIPZIG/GERMANY: It was a pleasure during our last stay in Leipzig also to visit some of its famous churches. Our neighbor chorus the old and beautiful St. Nicolai Church was one of these. This church who was build in has also kept its position in the modern history of Leipzig through its “participation” in the work to get down The Wall between east. and west Germany. 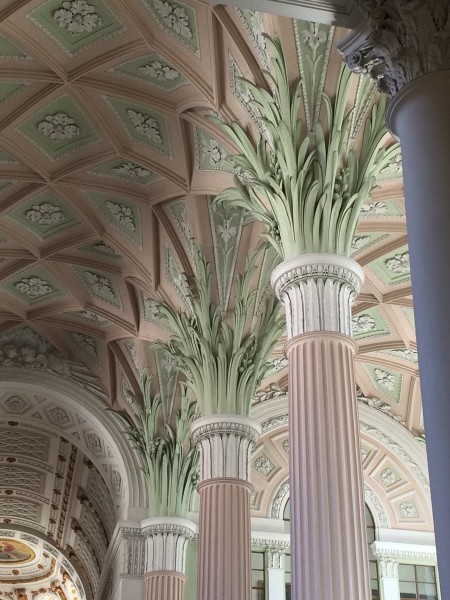 We concentrated specially on the interior to the church which is specially, A very special architectural feature of the interior are the palm capitals to carry the roof, and for some of them it looks like they are inspired by Palmes, however, the colors used in the ceilings, walls, and the decoration are kept in two pastel colors, pastell light rosa and pastel turkis, it is very beautiful.

Interesting that the city has placed a copy of a palm capital, outside the church as a tall statue.

The St. Nicholas Church (in German: Nikolaikirche) has long been one of the most famous in Leipzig, and rose to national fame in 1989 with the Monday Demonstrations when it became the centre of peaceful revolt against communist rule.

Saint Nicholas Church was founded in 1165, It is the oldest and the biggest one in Leipzig. Situated in the very heart of the city, and at the intersection of two important trade roads, the Via reggie and the Via Imperil, the church was dedicated to Nicholas, the medieval patron of merchants and wholesalers. 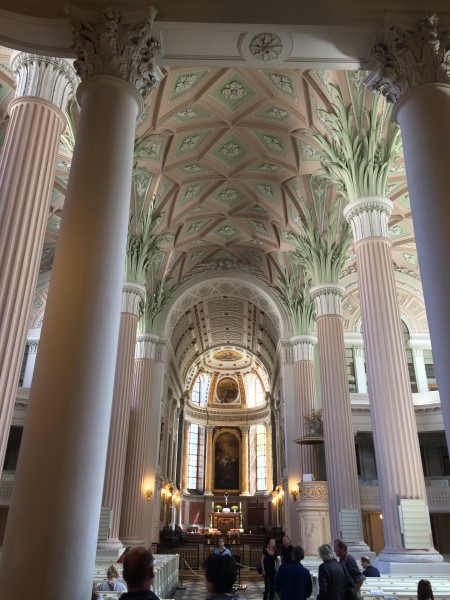 It is built partially in the Romanesque style but was extended and enlarged in the early 16th century with a more Gothic style. In 1794 the interior was remodeled by German architect Johann Carl Friedrich Dauthe in the neoclassical style. The church has been a Protestant seat since 1539 after the Protestant Reformation, but the Catholic Church is allowed to use it too. 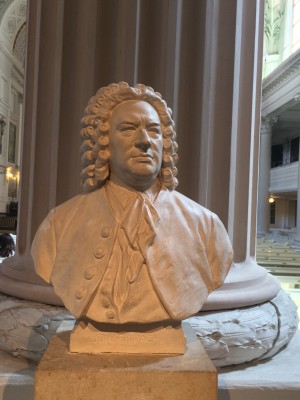 Johann Sebastian Bach – bust, in the church where his Johannes Passion was performed for the first time. in 1724. Foto Henning Høholt

The church saw four of the five performances (including the premiere) of the St John Passion by Johann Sebastian Bach on Good Friday in 1724, 1728, 1732, and 1749 as well as many of his cantatas and oratorios performed by the Thomanerchor.

The current pastor for this church is Bernhard Stief.

Of church of this monumental carachtere, and with a capacity as Johann Sebastian Bach in its center, needs a great organ, and it has is. 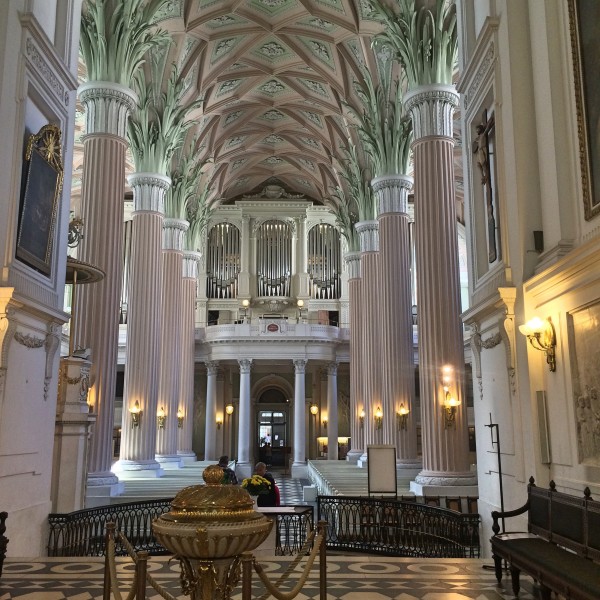 The baptistery in front of the altar.

The church organ was renovated from mechanical (tracker) action to pneumatic action in the early 20th century. More recently the church has been struggling to find the funds for interior restorations which have been ongoing since 1968. 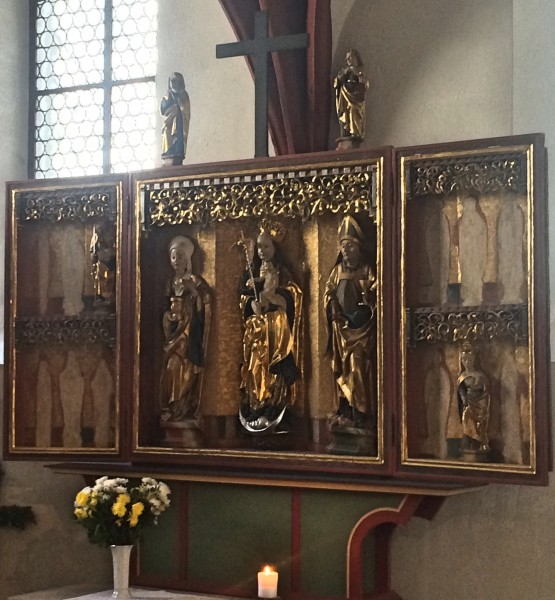 Mini triptych by the altar in the North Chapell. Foto Henning Høholt 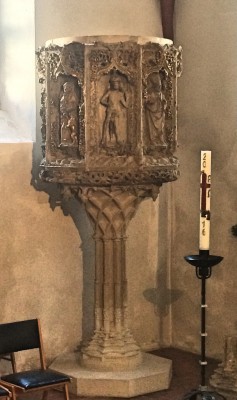 The side chapel is interesting, In the northern side of the church is situated a small pearl of a chapel, and outside the time for andacht it is possible to get a look in to it. Please enjoy our photos, and note the triptych.

As in many other cities in Europe today, international musicians has found places to perform live music. Too outside Saint Nicholas church, where we had the pleasure of listening to a small ensemble with an unusual musician crew, playing a delicious classical program, that were appreciated, and exactly in the style of the place it was performed. 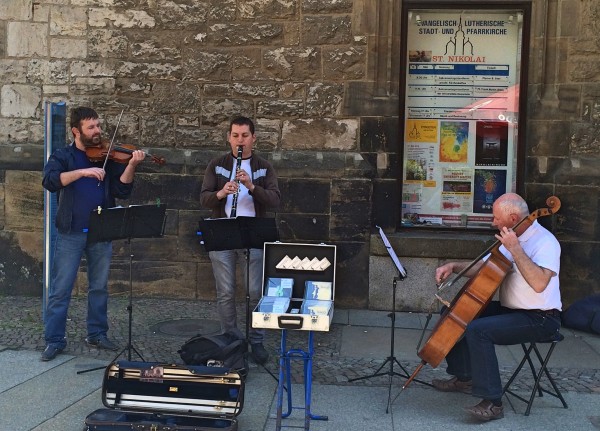