Svarfvar and Kjekshus with Grieg Sonatas

By Henning Høholt on 7/21/13 • Categorized as Classical music,Music CD's 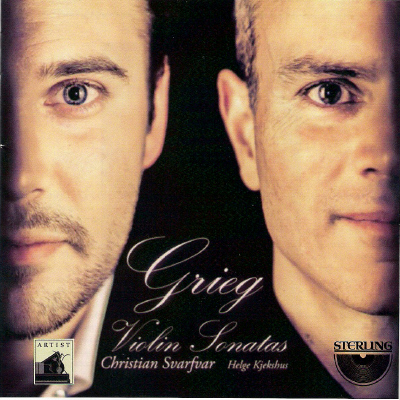 . The first one no 1 in F Major Ous 8, is full of delicate details, such as the folktune inpirated details, which in an elegant way is braided in to the other musical details, presenting Griegs inspiration details from former composers. It is all presented in a flowing  way, full of feelings and temperament, without loosing any details in the ride.

In the three violin sonatas that Edvard Grieg wrote. They are all fine examples of his “musical nationalism“, since they all contain references or similarities to Norwegian folk song, this importent part in the compositions are taken brilliant care of by the two soloists.

Christian Svarfvar has a beautiful tune in his violin, and he is forming the lines with brilliance, softnes, temperament, and not forgetting any details, who are wellformed, and well taken care of, at the same time that he and Helge Kjekshus are presenting a forward going incitament in their presenting of the three demanding sonatas. – Bravo!. 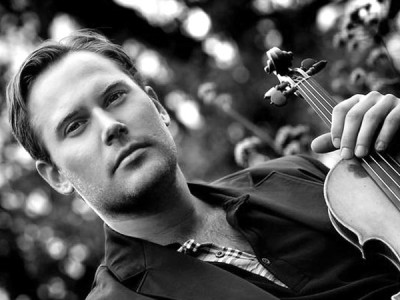 Helge Kjekshus is wellknown for his brilliant pianoplaying, and with his “native” knowledge of Griegs music, this is a force in this CD, as i can feel his knowledge in how he form the intricate folktune details, and through that inspiring the violinist ,Chairstian Svarfvar, to give it the real “norwegian Grieg” feeling, that these sonatas must have. But in all this is the speciality in Griegs violinsonatas, whch makes them something extraordinary. This great recording is helping to keep Griegs sonatas at the top of famouse violinsonatas.

Regarding violin Sonata no 1. in F Major, Opus 8. Grieg composed this sonata in the summer of 1865 while on holiday with Benjamin Feddersen in Rungsted, Denmark, near Copenhagen. The piece was composed shortly after his only piano sonata was completed that same summer. Concerning the piece, the Norwegian composer Gerhard Schjelderup commented: it is “the work of a youth who has seen only the sunny side of life.”  Grieg was that year 22 years old.

The Sonata no 2. in G Major, opus 13. This sonata was dedicated to Norwegian composer and violinist Johan Svendsen. 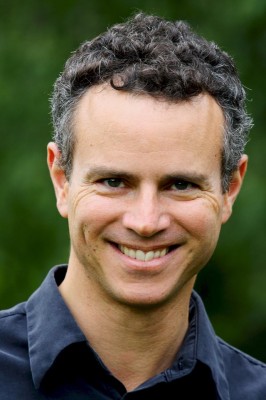 On the second sonata, Schjelderup remarked: it is “the gift to the world of a man who has also shivered in the cold mists of night.” Also, due to the sonata’s tragic qualities, he considered the piece more Norwegian than the first sonata and “a Norway without tragedy is not a complete Norway.”

Composition on Grieg’s third and final violin sonata, Sonata no 3. C minor, opus 45, began in the autumn of 1886. Whereas the first two sonatas were written in a matter of weeks, this sonata took him several months to complete. 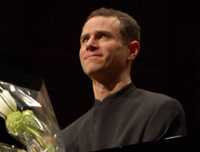 The sonata remains the most popular of the three works, and has established itself in the standard repertoire. The work was also a personal favorite of Grieg’s. The sonata premiered with Grieg himself at the piano with well-known violinist Adolf Brodsky in Leipzig. To a certain extent, Grieg built on Norwegian folk melodies and rhythms in this three-movement sonata. However, for Grieg the second sonata was the “Norwegian” sonata whereas he considered the third “the one with the broader horizon”.

The presentation on this new CD is being personalized by these two outstanding musicians forming of how they feel that “their” presentation of the Sonatas musically shall be presented, and not “only” copying other famous musicians presentations. They have made  their choices, and many of the details i appreciate very much listening to. Dreaming details, intertwined with the grandeur which layes in the music, and allwasy with brilliant finales. “I think Edvard Grieg would be proud of this recording”.  It shows two brilliant soloists who knows their music and their instruments
. 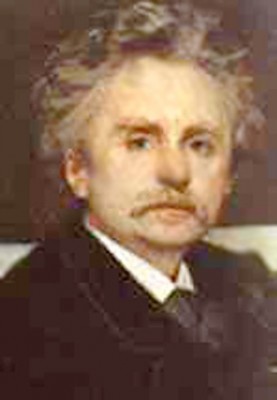 Producer is Mårten Landström and technician Johannes Oscarsson. The Cd is recorded at Studio Acusticum in Ptea, Sweden 29-31. October 2013.