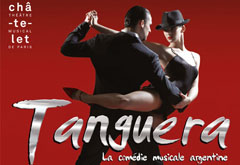 The Tanguera Musical, with Tango music of different composers is a show
. Choreographed by Mora Godoy
.

I was missing to see the old fashion Tango, at least the basic of it in its many variations, but that I didnt see, this Tango Musical has been a show, with a very thin history, which is not easy to follow, as it is not dramatised well enough, so the history is not hanging well together
. – But the Rango is the most importent.

Each of the dramatised pictures are OK, and works well, good handwork, but I missed to understand the whole meaning

and may be sold over-the-counter (without prescription)these measures cannot substitute for the patient’s self- generic viagra online.

. Still it told what could happen in a port, “La Boca” in Buenos Aires  and its surronding during one day.  The embrace, was an attempt to still yhe longing for lost tenderness and men and women surrendered to the rhytm of new erotically charged and stormly dance, the tango. To the strains of the bandoneonthe tightly entwined couple spun over clandestine courtyards and the forbiddendance floors of notorius cabarets and bars. I noticed that it was a kind of a sweet love story invoven.

The musical Tanguera starts very well with a Tango ouverture, with a 6 mans orchestra lifted up and placed on the back stage
.  This was quite ok. Then the  curtain was lovered in front of them, and the music continued, but still it was including some instrumental details, as the accordeon, which had connection to the orchestra on stage, but now it was playback, as the one violin on stage has been to 40, and some instruments, and later even a choire appeared in the sound. Later the small orchestra came back, but still in a playback combination, which I didn´t appreciate.

The Finales, one after another, was the best. In addition the good lighting by Ariel del Mastro. Furthermore the three leading male dancers, the leading dancing woman, and many of the young girls. Plus the female singer with her solos, which placed some of the performance quality higher, than if it has been only the dance. Good wll functioning choreography, but too much show dance. Too much svinging with legs and swinging the girls around. Some of the female costumes were really good, and the mens in traditional suits or daily wear. Costumes by Cecilia Monti, set design Valeria Ambrosio. Music in original and in arrangements by Gerardo Gardelin. – However the audience loved it. And the performance was not too long.

In the very beautiful programme, unfortunately I din´t find a role list, therefore it is not possible to mention the names of all the persons on stage who deserved it.