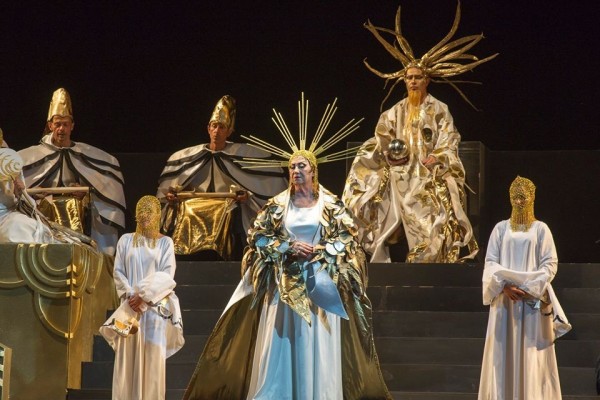 Torre del Lago Puccini/ITALY: We should start this review by the end of Turandot, as it is well known that Puccini was unable to complete the opera because of the illness that led him to the grave. Publisher Ricordi commissioned Neapolitan composer Franco Alfano to complete the work basing on notes left by Puccini himself, even if the version currently performed in Italian houses is a second version by Alfano, but with interventions and cuts by conductor Arturo Toscanini. 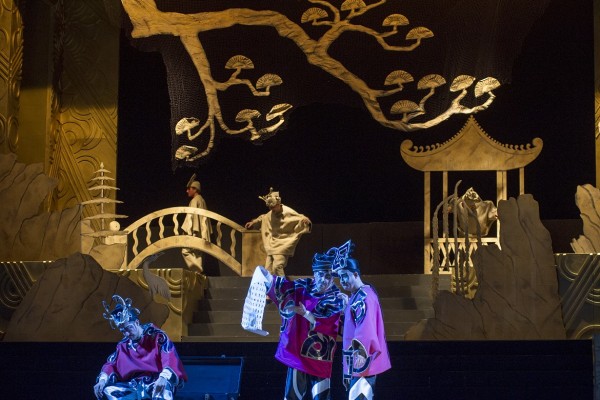 In 2001 there was the first performance of a new final composed by the contemporary Italian musician Luciano Berio. This final appears to be particularly interesting and quite respectful to Puccini’s notes concluding the work in pianissimo as he wanted instead of the usual grandiloquent final by Alfano.

Puccini himself left on a sheet related to the final the words “And then Tristan”, to mean that he would conclude the opera in pianissimo as Wagner’s masterpiece. Certainly the final by Berio is much more internalized and resolves better the notorious scene of the “thawing” of the Princess and the following kiss using a modern musical language, but I think that it fits perfectly in poetry and fairy-tale suspended background of the work catching its atmosphere and probably coming closer to what Maestro Puccini wanted. 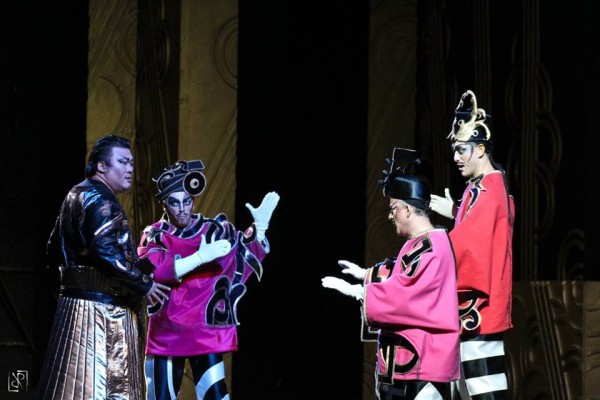 We regret this very much, it would be very interesting to compare on stage the various finals, and this choice could certainly be a jewel of the crown in Puccini Festival. Anyhow the management of the Festival has changed over in last months, many artistic and gestional problems follow one another, and the decision that was taken is to perform only the traditional final. 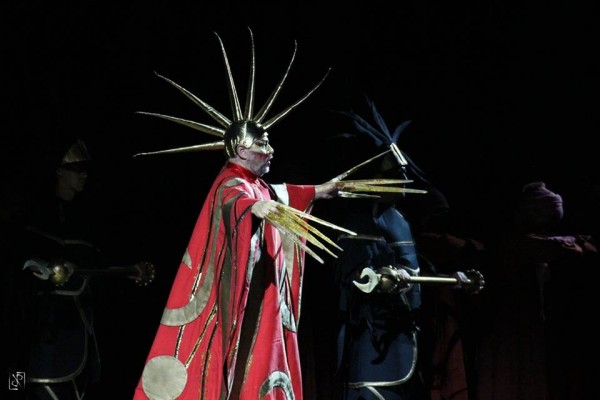 The staging of Angelo Bertini (besides director also author of scenes and costumes) is really interesting, full of imagination and quite functional

cardiovascular diseases such as aortic stenosis should- a focused physical examination should be performed What is sildenafil citrate?.

. A staging to remember, with a legendary and visionary China as we all expect, colorful imaginative and a bit surreal costumes, even if with some “excess” for example in transforming the three Masks almost in puppets, or changing the Mandarino in a kind of drag-queen ante litteram. Some visual schematism and some superfluous ideas, for example to show Princess’s beheaded suitors as ghosts wrapped in white sheets, or children Chorus on stage instead of behind the scenes, don’t diminish the value of a really well-made staging. Very accurate was the light designing by Valerio Alfieri. 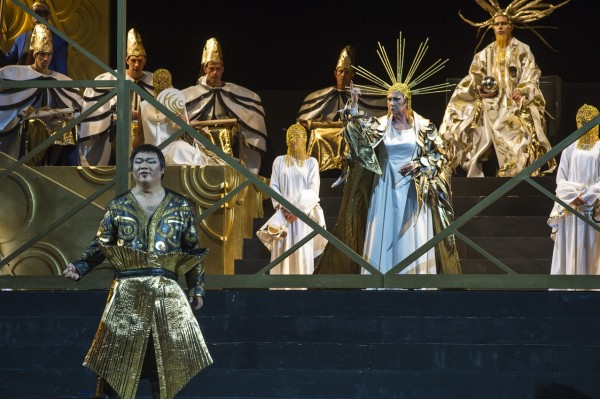 Bruno Nicoli is a long experienced conductor who performs the musical score with agogic and timbric choices that are above all functional. Who would expect from the conductor great interpretative ideas could perhaps be disappointed, but surely he is quite able to rule correctly the singers and the stage in a work certainly not easy to perform as Turandot. We have to note, in a generally functional orchestration and conducting, some tension loss such as in the first scene of Second act, besides very well staged by director Bertini showing the home in Honan and the blue pond, a dream environment where the “double” of the three Masks act. 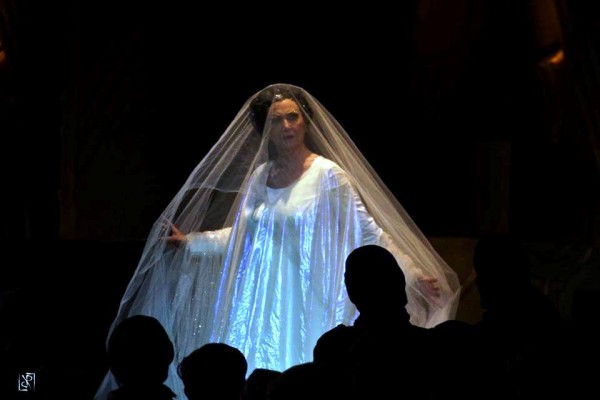 Soprano Giovanna Casolla has still a surprising artistic career, her debut was in 1977 and her large repertoire includes difficult soprano and mezzo roles. Turandot is a short part but very difficult, and the Neapolitan singer comes out heads up
. Her character is well depicted, Mrs Casolla’s voice is still large in volume, her phrasing is imperious, and some inevitable hardness and intonation slips can be forgiven.

Rudy Park is the classic summer arenas tenor with a stentorian muscular voice, showing sure and large top notes, but the phrasing is monotonous and predictable, his attempts to lighten the voice are scarce. His “enflate cheeks” in the long run is tiring, anyhow he had a great success, even encoring his air Nessun dorma.

Soprano Valentina Boi in possess of an important voice rich with nuances, she delineates a character a bit different from the usual clichés of a tender and plaintive Liù to give us a strong-willed and passionate girl. Growing from the First to the Third act, the young singer from Livorno is really exciting as well as scenically very credible. 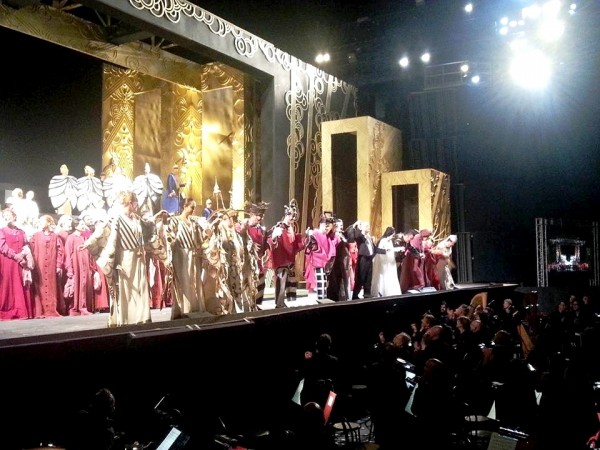 Bass Luigi Roni as Timur is at present completely inaudible, the scarce fragments of what was once a voice are not certainly enough to make him outline with honor his character.

Claudio Ottino was a mediocre Mandarino, midlevel the other singers in minor parts, with the exception of a very questionable Altoum sung by Massimo La Guardia, really embarrassing.

The public was rather large and warm in applause with all the artists specially with Mr Park and Mrs Casolla.