By Fabio Bardelli on 7/27/17 • Categorized as Festival,Opera 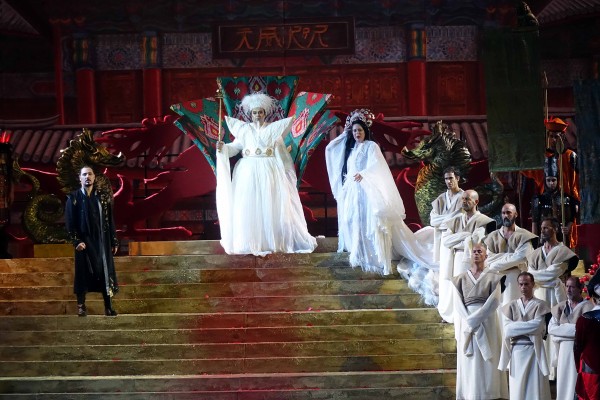 LUCCA/ITALY: The 2017 Puccini Festival opens in Torre del Lago with a new production of Turandot, as well known the last work written and left unfineshed by Giacomo Puccini

• Treatment for ED to beconsider direct intervention therapy even in this patient sildenafil dosage.

We have to admit conductor Alberto Veronesi‘s commitment to keep together orchestra and stage, but the disappointing global result must be also stigmatized, with a gray orchestra in which only some coloristic effect of some percussion instrument takes relief. His conducting is slow-pacing and the balance between orchestra and stage precarious, there is no noticeable interpretation attempt by the conductor, whose frantic gesture seems to be more and more inversely proportional to the results he obtains from the orchestra.

The vocal cast was overall weak. 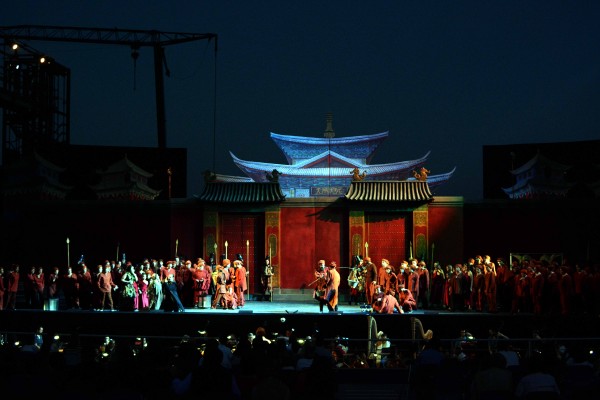 The main character Martina Serafin not owning either a particularly large voice or a great and determined personality, highlighted the lyrical side of Turandot. The role as it is well known is short but extremely challenging for the soprano but Ms Serafin cops with it
. Her voice is weakened and misses in the phrasing imperiousness and burning accent necessary in moments where a more tense vocality is required. So she is compelled to force her voice showing also some intonation problems exspecially in upper register.

Tenor Stefano La Colla was a very uneven Unknown Prince Calaf, at moments he unraveled trying to lighten the voice and give a sense to notes and music phrase exspecially in the medium register, but often also exhibited a shaky top and evident problems of intonation. 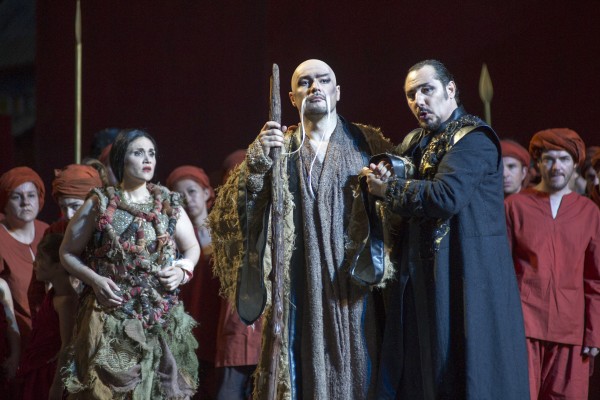 Liù was Carmen Giannattasio with her not very nuanced singing line, showing some weak notes in the first Act, problems that were overcome during the opera.

Bass George Andguladze was average in the role of the deposed old King Timur.

The other singers including the three Masks were on a medium level, apart from the tenor in the role of the Emperor Altoum, whose vocal performance was beyond any human idea (“oltre ogni umana idea”).

The staging by Alfonso Signorini, a journalist and well-known TV personality in Italy who for the first time staged an opera, was didascalically traditional: the inevitable naivety (such as mimes and theatrical extras who get around among the audience before the beginning of the opera, or the ever-standing chorus) or evident forcing (Turandot on the walls of the Royal Palace at the beginning of 3rdAct, agitated by evident love disturbances while Calaf sings Nessun dorma, so quite defeating the orchestra and chorus descriptive athmosphere). But overall the visual part of this Turandot scrolls away with a certain fundamental normality. Probably the costumes (by Fausto Puglisi and Leila Fteita) were nothing of particular, some of them had too much glitter or feather, and the Emperor Altoum was reduced to a questionable caricature, a half way among a drag queen and a white Santa Claus, but the scenes by Carla Tolomeo were traditional and functional, and the light design by Valerio Alfieri very accurate
. It is worth mentioning Turandot’s exaggerated acting especially in the second act, probably inspired by the silent cinema actresses, and also the director’s attempt to show a certain psychological evolution of the main character has to be noticed
. In fact the unexpected final revelation “Il suo nome è Amor” is almost prepared by Mr Signorini in the previous scenes with small details, looks, attitudes, approaches and direct physical contacts (even too many!) between Turandot and the Unknown Prince.

The Orchestra and Choirs were of sufficient level. 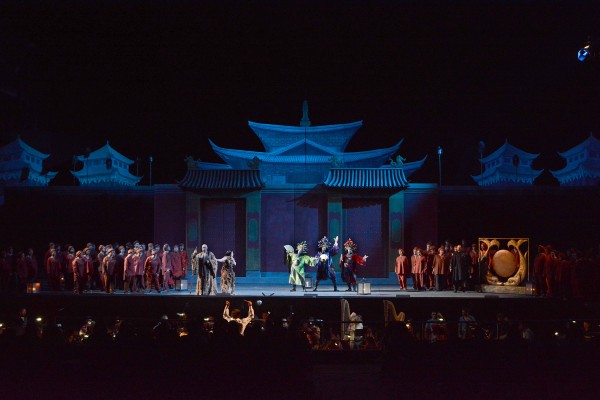 The audience that filled up the House was warm in applause for everyone apart from some isolated dissent.