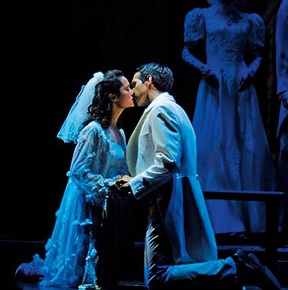 Jasmina Sakr and Chris Behmke as Maria and Tony in West SIde Story at Théâtre du Châtelet. Photo: Nilz Böhme

PARIS: WEST SIDE STORY at Théâtre du Chatelet in Paris is a wonderful, tuff, touching production, full of the great music by Leonard Bernstein
. Wonderful singers, dancers, choreography, very good light, costumes, scenografi, and a first class and very well sounding orchestra, full of outstanding Lithuanian musicians, conducted by Donald Chan
. This is an extraordinary good production, and the audience was receiving WEST SIDE STORY in the original Jérôme Robbins production in Paris with ovations. It is amazing!!!! 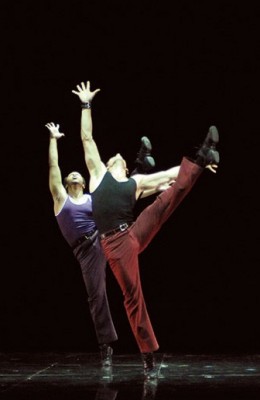 At our night we enjoyed an outstanding couple in the roles as Tony and Maria, Chris Behmke and Jasmina Sakr. Beautiful voices, ideal for thes two roles, and in addition they could play their roles, so the audience believed in them.

Chris Behmke has the perfect voice for the role as Tony, and he has plenty to go on in his singing, his song Maria was extraordinary, he sings long beautiful singing lines with perfect endings, furthermore he had some endings with very high beautiful tunes nearly in the countertenor repertoire. Brilliant,  in addition he looks like a “normal” guy, which suites this role so well.  Jasmina Sakr has a good opera voice, which in this coordination it was perfect, and furthermore, she has the right stage apperance for the role

. I prefer this kind of voice to a weaker modern musical voice for Maria. Beautiful. 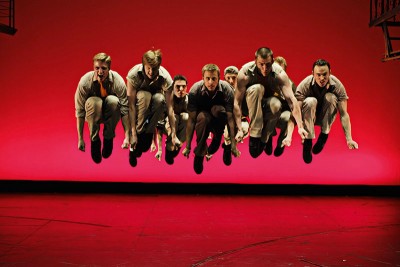 JETS in West Side Story, In the middle Andy Jones as Riff. Photo: Nilz Böhme

As Anita we enjoyed Yanira Marin, who in addition to acting, and singing, also dances very well.

Andy Jones was outstanding as Riff. Jones has that very selldom talent that he can manage to speak and sing with the “same voice”. So to say that when he is speaking and acting in his role, and then shall go over in to a song, we dont have any change in his his voice character, he is just continuing in his role, and then singing. Many other artists in the same kind of role cant manage that
.

Often I have heard musical artists which is like “changing” their voice to another sound when the start singing. His demanding dialogues with temperament are good. Furthermore he also manage to dance well, and in addition, he manage to keep the breath up, when he after a demanding dance or fight shall continu with a dialogue or singing. very well made. In addition he loks handsome on stage. Andy Jones does it so we believe in him. 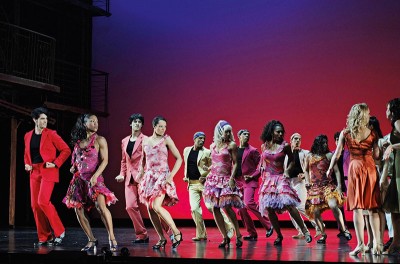 The same does Pepe Muñoz as Bernardo. Handsome, tall, well acting you can see that he is the leader of the Shark Group. Chino is Nikko Kimzin.  Many of the minor roles deserves to be mentioned, as it is a pleasure to see so many talented musical artists on stage at the same time.  Unfortnately the space and time dont permit that.

Joey Mckneely is responsible for the staging and choréographie based on Jerome Robbins original version, the ensemble is doing a good jobb, both in the acting, dancing and fighting. The moving scenography by Paul Gallis is excellent. 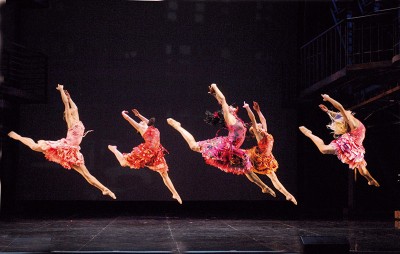 The costumes by Renate Schmitzer are good, her choise of colours which helps ho twolding the different groups  Jefs and Sharks from each other are very good, and in this she has also given them and us, not only a diffrence visually, but in fact also helped us to see behind the facades of the performing artists, so to say about their backgrounds from two different parts of America, North with “white Americans but from Polish origin, and South – Puerto Ricans.

All the Sharks are looking Stylish in their outfits,  and the contrast is the Jets, which is typically North American from the periode, but a bit more sart than they were 50 years ago. A good lift for the whole group. The casting to the roles is importent, and in this  Stuart Howard has done good chooze helping underlining the different characthers with good artists in the roles. 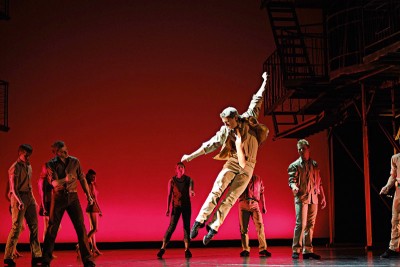 Théâtre du Chatelet – Théâtre Musical de Paris, can be proud of their musicals with English language. Where we  have enjoyed one after another of very high class, and this is probobly one of the realy highlights that we have enjoyed in the Chatelet, Therefore we are also looking forward to the following productions during the spring 2013, as follows: 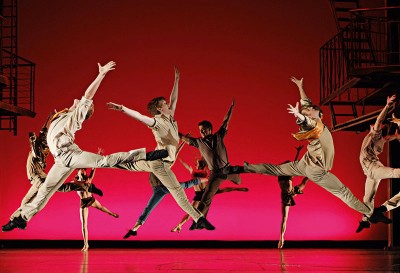 SUNDAY IN THE PARK WITH GEORGE, A musical with Frenxh inspiration. Music Stephen Sondheim, text James Lapine.  Conductor David Charles Abell. Regi: Lee Blakeley. Orchestre Philharmonique de Radio France. Choir du Chatelet.  – SUNDAY IN THE PARK WITH GEORGE is no three of the Stephen Sondheim musicals presented at Théâtre du Châtelet in a short periode, after the wonderful A Little Night Music in 2010, and Sweeney Todd in 2011. 15.-25. April 2013. 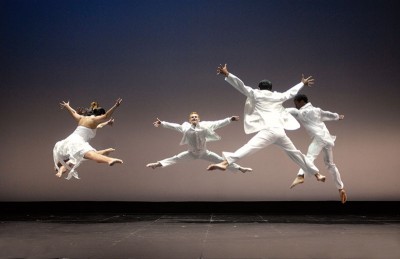 During the years Kulturkompasset has, of course, seen West Side Story many times around in Europe, Please enjoy our review from Oslo Nye Teater, Norway at: http://www.kulturkompasset.no/index.php?AID=369&TID=14