Excellent musicality in to the last detail 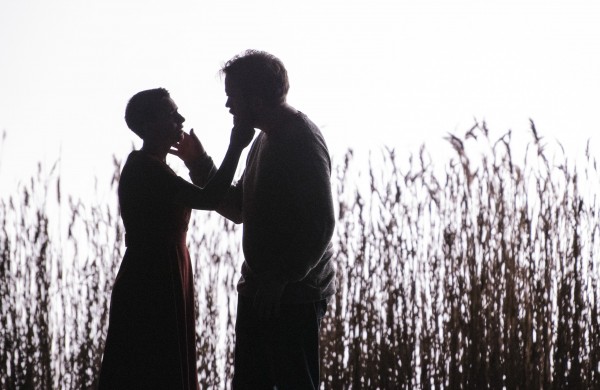 Asmik Gregorian and Audun verden in one of the very few lovely moments by the beach. All photos Erik Berg.

In the military developments, by the doctor.

However, this is one of the two last operas that retired opera chief Per Boye Hansen has planed, – the last one will be Norma, later in the season. And as we have been used to during Hansens opera chief periode, it is again a showing of «german regitheatre». Which is made excellent, well functioning and profesional in the hands of regiseur Christof Loy, still with great regi and singers who can play theater, and are doing a great job, that I believe in, unfortunately, it has been booring
. Not so much because of the singers, but the framework of scenography and daily costumes they have been put in to. 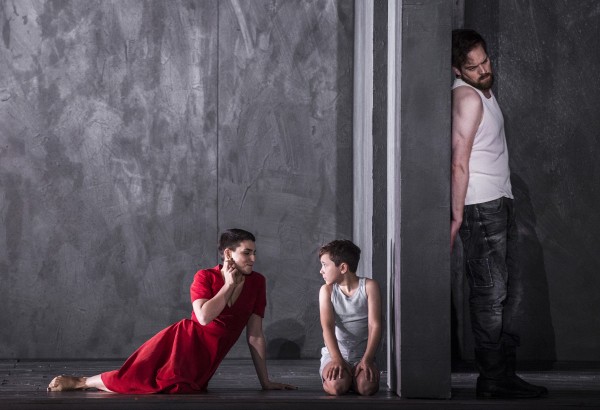 From left Asmik Gregorian, Leon Alexander Dalnoki and Audun Iversen. the difficult family atmosphere in the photo speaks for it self
. Foto Erik Berg.

In Wozzeck, where the history is going on around a military caserne, with the visual posibilityes of using interior, uniforms and all the available elements to sprite up the play so there.
are something to look at, not only Wozzecks and the other leading roles psykialic problems, which Audun Iversen and his colleagues forms very well. 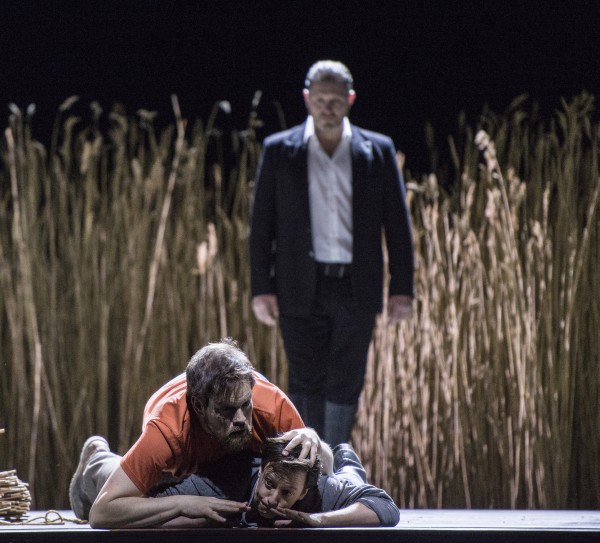 Drama by the lake

When the regisseur has a personality Thor Inge Falck in the role as the captain, who can present this role and made it to a big star role, why is it needed only to dress him up in a booring black tuxedo. and Henrik Engelsviken as the tambourmajor, dressed in daily clothes,  Let us, who dont like this kind of theatre, have a little fun? The same with the booring large ensemble parts, still they sometimes play like being drunk, why not let them have fun, do the regiseur forget that also in this kinds of “grey” milieu, it could be fun and happiness, as an excuse for forgetting the greyness? 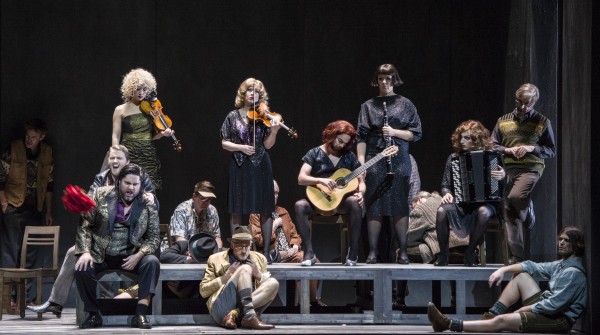 Party in the greyness, in front left Yngve Søberg.

Audun Iversen sung and played the role as Wozzeck very well, we trusted in him. Asmik Gregorian is excellent as Maria, both visually and singing. As their little son – Leon Alexander Dalnoki did a good job. It was a pleasure to enjoy Frode Olsen as the doctor. Tone Kummervold sung Margret. 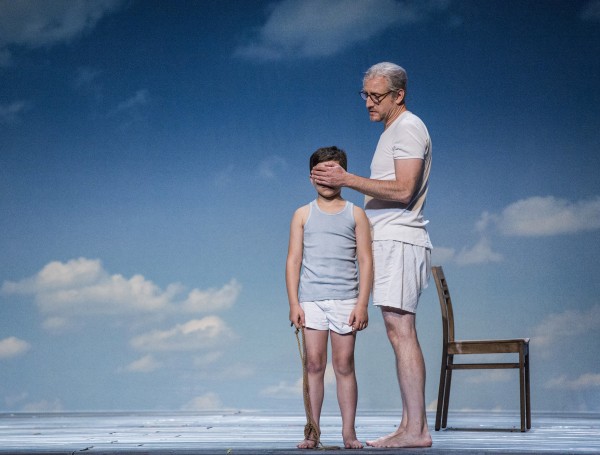 Leon Alexander Dalnoki as Maries son together with the doctor Frode Olsen.

With Alban Bergs fantastic music in the very best hands of conductor and an excellent orchestra, this could have been also a box office success.

Well after this musically success, i am wondering what pleasant surprise we shall get in Norma. Premiere January 20th.