A “Dream” in Paris with a “touch” of Balancine

By Henning Høholt on 3/14/17 • Categorized as Ballet,Classical music 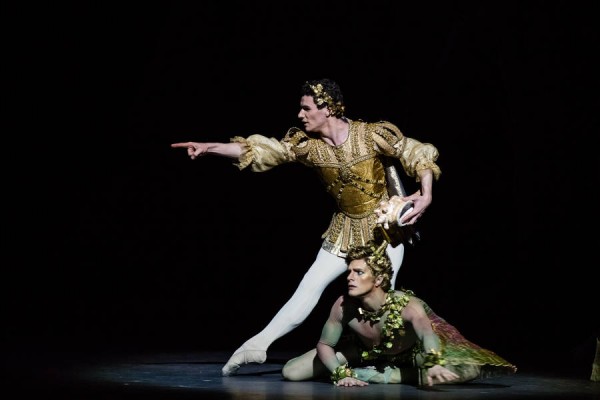 PARIS/FRANCE: A Midsummer Nights Dream by George Balanchine and Felix Mendelssohn-Bartholdi. Became a ballet performance with a “touch” of Balanchine. Unfortunately the Paris Opera Ballet is not The New York City Ballet, and this can be seen in the quality of this years “big” premiere of A Midsummer Nights Dream, with excellent, beautiful and colorful costumes and sets by Christian Lacroix. 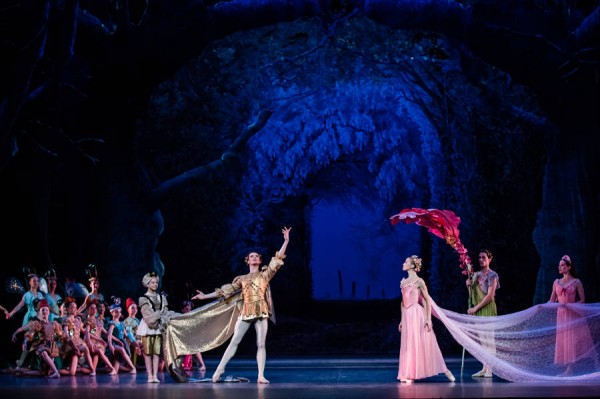 Brilliantly staged by the famouse Balanchine expert Sandra Jennings, from the Balanchine Trust, who has staged this ballet at least 12 times earlier, and know all the details from the hand of Balanchine. In a great light by Jennifer Tipton, who also know this ballet well. 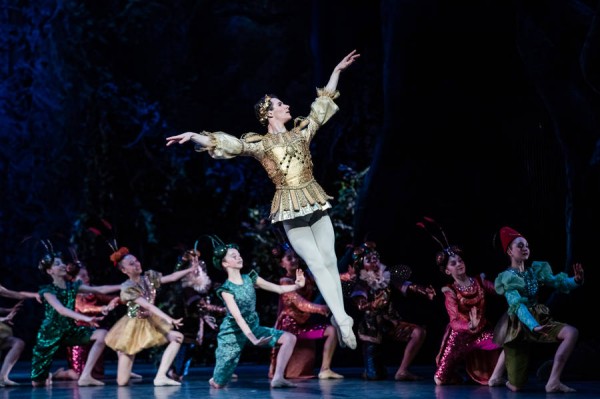 Obéron – Paul Marque, and the children in first act.

However, the Paris company, with brilliant stars in the front, has a company who are not used to dance Balanchine, except the famouse Juvels, also wth costumes by mr. Lacroix. Still that in fact, Benjamin Millepied, during his short ballet chief time in Paris has brought back Balanchine to the Paris company. It does that the quality of the mowing is of a good ordinary ballet company from every where, but for me specially the waving arms in many different ways and the lines, specially clear when it was large groups on stage was not respectful to the Balanchine style, and therefore this production has only a “touch” of Balanchine. 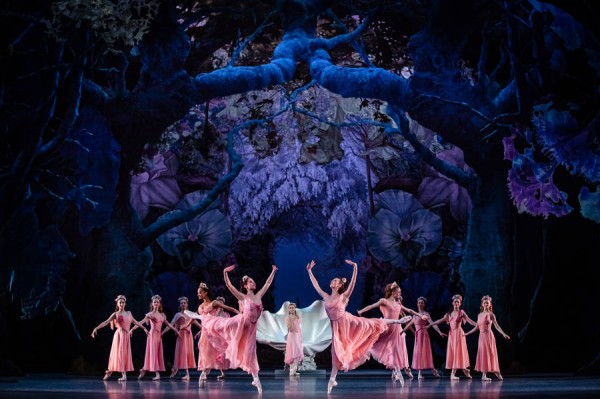 For the readers, who are not specially well known in the Balanchine style the

CHARACTERISTICS OF THE BALANCHINE METHOD: 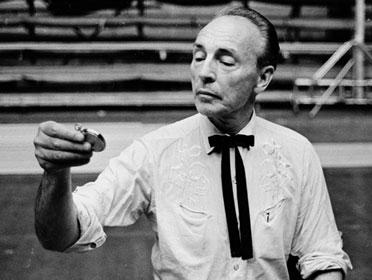 The Balanchine Method is characterized by intense speed, deep plie, and a strong accent on lines. Balanchine ballet dancers must be very fit and extremely flexible. The method has many distict arm positions, and distinct and dramatic choreography.

The arm positions of the Balanchine Method (often referred to as “Balanchine Arms”) tend to be more open, less curved, and often “broken” at the wrist. Plies are deep and arabesque positions are usually uneven, with an open hip facing the audience to achieve the illusion of a higher arabesque line. – Because of the extreme nature of the Balanchine Method, injuries are common. (ref: https://www.thoughtco.com/balanchine-method-1006644). 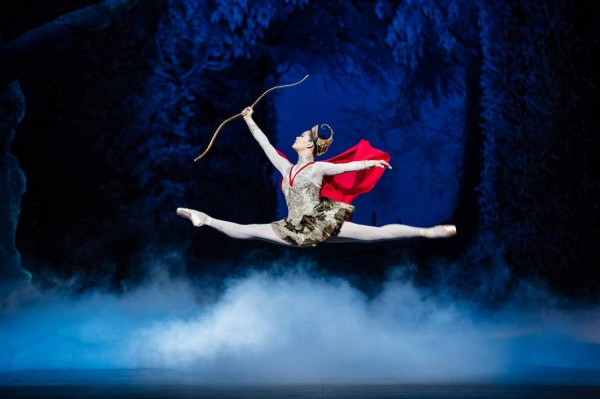 In George Balanchines A Midsummer Nights Dream (1962) we enjoy the dea of ballet as a dance that tells a story, where the story, after William Shakespeares history, is shown in the first act, inclusive f.ex Bottoms Bergomask dance – It was considered a clumsy rustic dance, copied from the natives of Bergamo, (Italy), reputed to be very awkward in their manners. 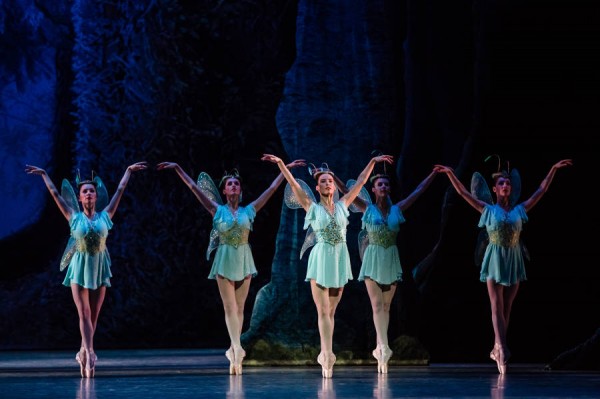 The second act opens with the well known Wedding March, presented like a large ensemble piece with outstanding soloists and their presentation, in this case around the two leading soloist for this act, Sae Eun Park and Karl Paquette, who did a great job. 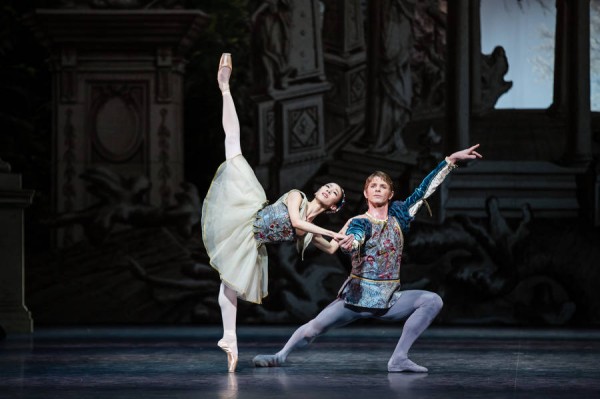 Sae Eun Park and Karl Paquette, who were brilliant solists in the divertissement.

This as a dance at the court of Titania and Oberon, with many groups, as the opening to a kind of a Divertissement.  Visually it looked good and impressing, however it was only a touch of Balanchine. 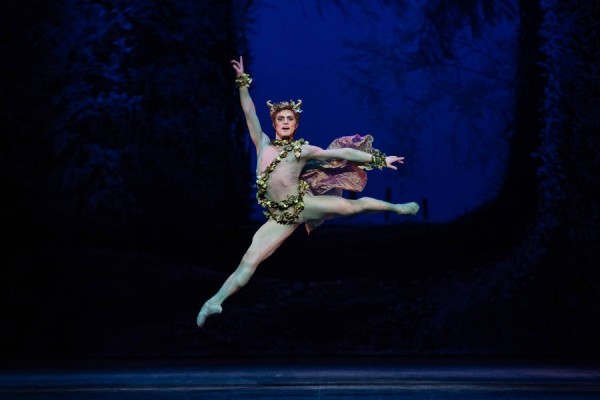 Puck was well presented by the amusing and virtuose Hugo Vigliotti. One of the roles, together with Bottom, that it is told that Balanchine, him self, loved to rehearse.

While Puck was well presented by the amusing and virtuose Hugo Vigliotti
. One of the roles, together with Bottom, that it is told that Balanchine, him self, loved to rehearse. 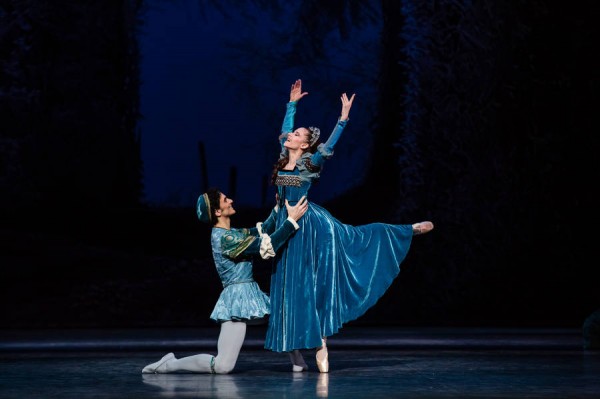 One of The two problematic love couple were Laëtitia Pujol. – Hermia. Alessia Carbone – Lysandre and Fanny Gorse as Héléna and Auric Renavand as Hippolyte, who formed improving characters. 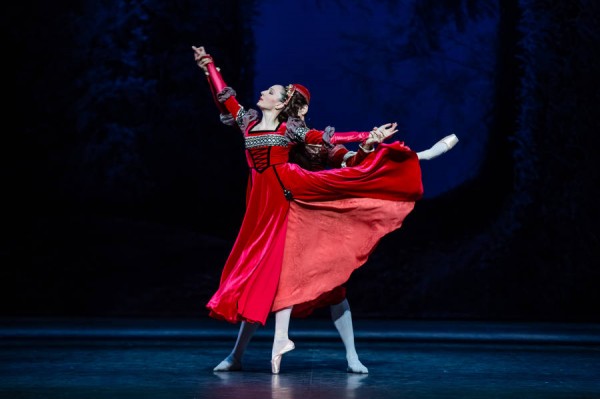 The other of The two problematic love couple were Laëtitia Pujol. – Hermia. Alessia Carbone – Lysandre and Fanny Gorse as Héléna and Auric Renavand as Hippolyte, who formed improving characters. 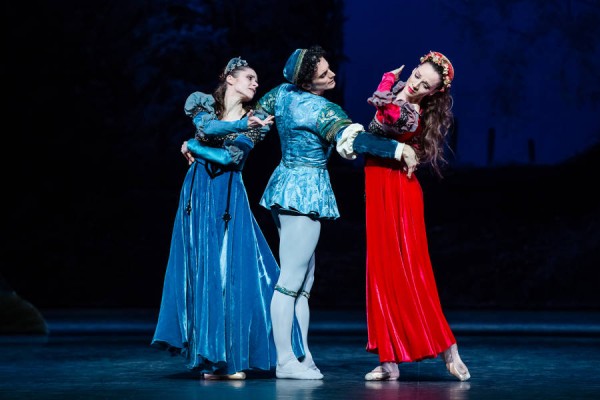 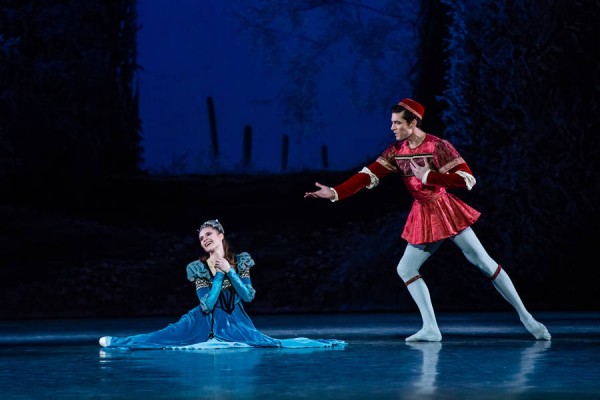 Then we had the “amusing” group, in the special Shakespeare style, so the people “on the cheaper seats” could get something to laugh of, Thésée-Florian Magnenet. Bottom-Francesco Vantaggio. – One of the roles that it is told that Balanchine, him self, loved to rehearse. 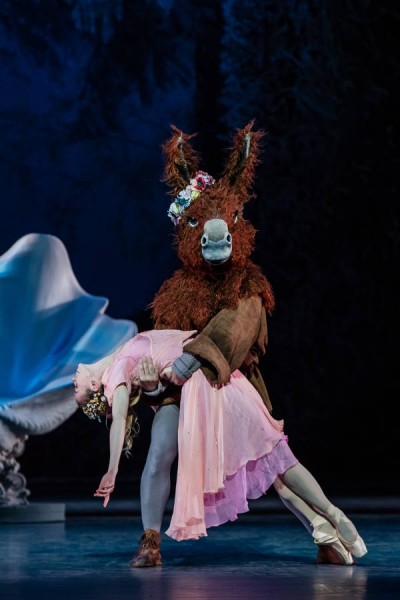 Bottom-Francesco Vantaggio together with Eleonora Abbagnato as Titania.

The first act was like the “fairytale”, in the way that we enjoy to see this Shakespeare piece told and played, as it is an amusing play. Inclusive a lot of children in colorful costumes on stage, we are enjoying.

This was the followed well up with the more Balanchine alike in second acts court dances and divertissement.

Who, for me was like having little to do with the first act except for the wedding of Titania, Obéron, and the two loving couples.

However the last act, contains more music than any other, to accompany the wedding feast. Inclusive a Bergomask dance. The dance uses Bottom’s braying from the Overture as its main thematic material.

As with Christian Lacroix, – who makes the costumes and sets for this production. Both Mendelssohn-Bartholdi and Lacroix, met the idea of A Midsummer Night´s Dream early in their life.Christian Lacroix told me: “I did my idea of the dream, when i was a child.”
. – and: “The set and the costumes without light is nothing.” – It was ment as a compliment to Jennifer Tipton´s beautiful and well functioning light.

Before the premiere, Sandra Jennings told me about the costumes and the sets: “Christian Lacroix has made such an incredible world, that Balanchine would have loved.” 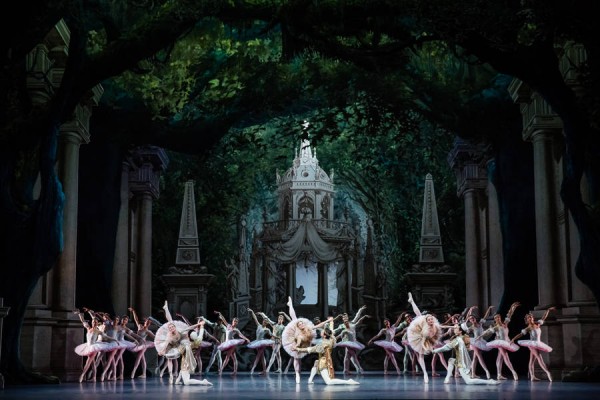 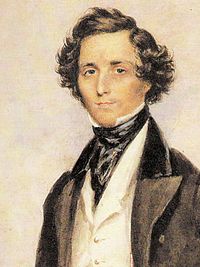 Interesting that Felix Mendelssohn-Bartholdy, has in fact an interesting detail in common with Christian Lacroix. Both of them met the idea of A Midsummer Night´s Dream early in their life.  two separate times, Felix Mendelssohn composed music for William Shakespeare´s play, A Midsummer Night´s Dream. First in 1826, near the start of his career, he wrote a concert ouverture (Op

. 21). Later, in 1842, only a few years before his death, he wrote incidental music (Op. 61) for a production of the play, into which he incorporated the existing Overture. The incidental music includes the world-famous Wedding March. – probably the most popular single piece of music composed by Mendelssohn. 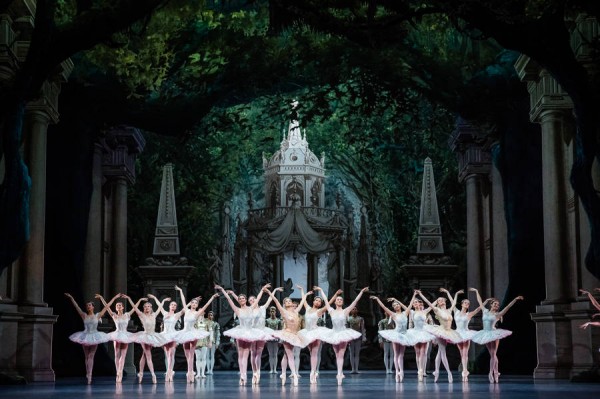 The Wedding March being danced.

While a romantic piece in atmosphere,the Overture incorporates many classical elements, being cast in a sonata form and shaped by regular phrasings and harmonic transitions. The piece is also noted for its striking instrumental effects, such as the emulation of scampering ‘fairy feet’ at the beginning and the braying of Bottom as an ass (effects which were influenced by the aesthetic ideas and suggestions of Mendelssohn’s friend at the time, Adolf Bernhard Marx). Heinrich Eduard Jacob, in his biography of the composer, said that Mendelssohn had scribbled the chords after hearing an evening breeze rustle the leaves in the garden of the family’s home. The dance is associated with clowns or buffoonery.

There are also vocal sections and other purely instrumental movements, including the Scherzo, Nocturne and the mentioned Wedding March.  The vocal numbers include the song “Ye spotted snakes” and the melodramas “Over hill, over dale”, “The Spells”, “What hempen homespuns”, and “The Removal of the Spells”. The melodramas served to enhance Shakespeare’s text. The songs were well taken care of by Anne-Sophie Ducret and Pranvera Lehnert. 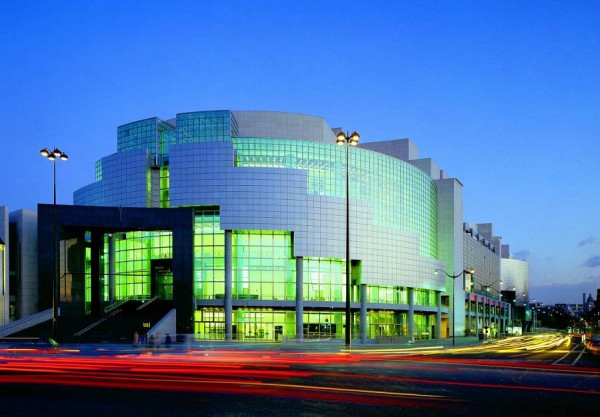 Opera de Bastille in Paris looks like a contemporary fairytale castle in the evening light.