Arop – Price of Danse to Marion Barbeau and Germain Louvet

By Christophe de Jouvancourt on 4/11/17 • Categorized as Ballet

to Marion Barbeau and Germain Louvet

Association for the Paris Opera’s Influence (AROP): Price of Danse 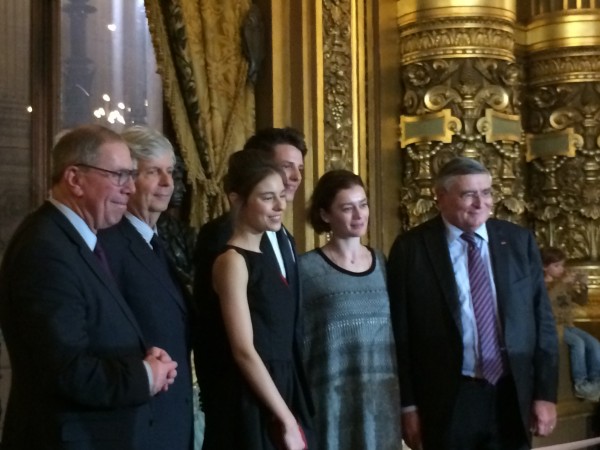 PARIS/FRANCE: Since its creation in 1980, one of the AROP’s missions is to support young artists from the Paris National Opera. To achieve this goal, the AROP’s members elect each year since 1986, one male and female dancer who especially stood out during the season
. This year the Price went to Marion Barbeau and Germain Louvet.

Since then, 55 dancers were thus awarded and 27 of them became Etoiles later. Therefore, this price has a great symbolic value for a dancer.

For the first time as the new Director of the Paris National Ballet, Miss Aurélie Dupont was there with Mr. Stephane Lissner, Director of the Opera House, and Mr. Jean-Louis Beffa, AROP’s President, to attribute the awards to two very promising dancers: Marion Barbeau, “Sujet”, and Germain Louvet, “Etoile”.

As previously said, the AROP’s price is usually attributed to young artists, which means a member of the “Quadrilles”, “Coryphées” or “Sujets”. In the hierarchy of the Paris National Ballet, they are the grades before to be Premier Danseur (First soloist) and then Etoile. 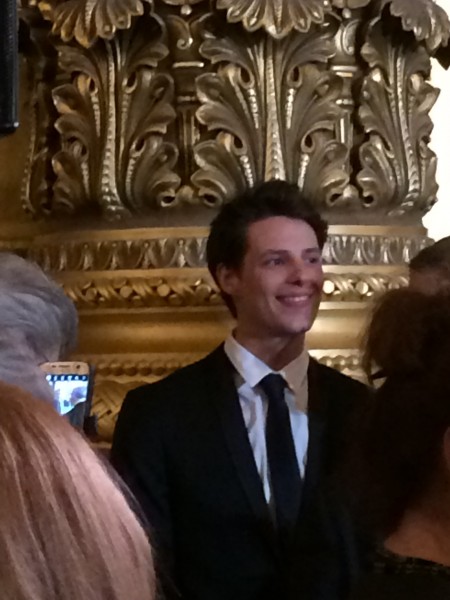 Germain Louvet, as an exceptional talent, cut corners and was named Etoile by Aurélie Dupont on December 28th 2016, after his performance in Nureyev’s Swan Lake, as Siegfried, while he only was “Sujet”, and then became “Premier Danseur” on January 1st 2017. It is a unique process for a dancer and it is the first time that the AROP’s price awards a dancer who already became Etoile meanwhile his election by the members and the attribution of the price.

But one has to admit that Germain Louvet is not a common dancer. Since he was engaged in the “Corps de Ballet” in 2011, Germain Louvet has quickly evolved in the hierarchy and distinguished himself in several roles like the Prince in the Nutcracker and Romeo in Nureyev’s Romeo and Juliet. 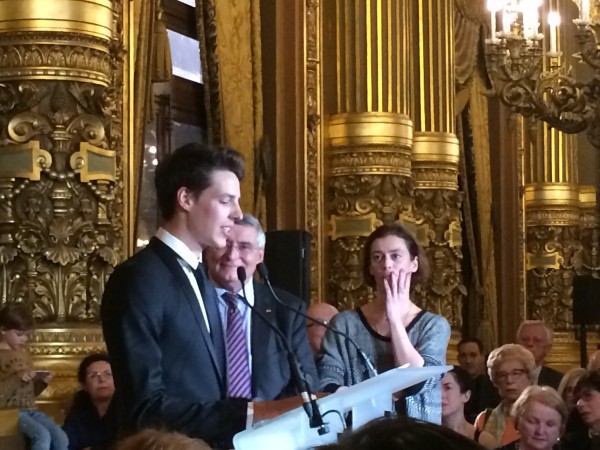 He also collaborated with Benjamin Millepied for the creation of Clear, Loud, Bright, Forward in 2015, Christopher Wheeldon for Polyphonia, and William Forsythe for Blake Works I in 2016
. 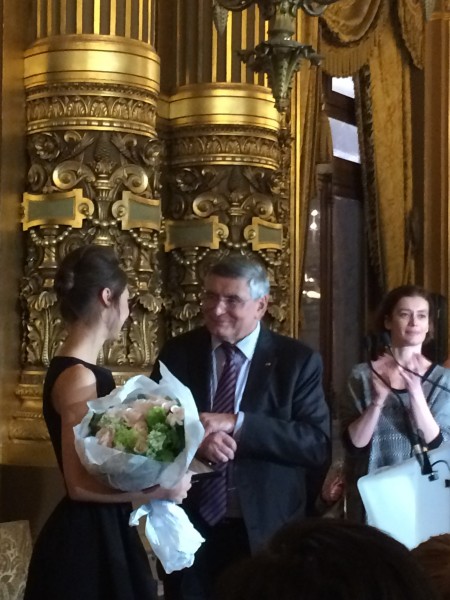 Marion Barbeau too has yet a very promising carreer. Partnered by Germain Louvet, she recently stood out in the “Pas-de-Deux” of Paquita at the Ballet Gala in Dubai in 2016 but also in Nutcracker, in the choreography by Sidi Larbi Cherkaoui, Edouard Lock and Arthur Pita. Cherkaoui, who signed the “Pas-de-Deux”, allows Marion Barbeau to show her great expressivity and her exquisite grace. She also recently contributed to the creation of Clear, Loud, Bright, Forward by Millepied and Salut by Pierre Rigal in 2016.

The two dancers were highly moved by their price and very grateful to their new Director Aurélie Dupont, who shows a lot of benevolence towards her dancers and doesn’t hesitate to let them take risks to become true artists.