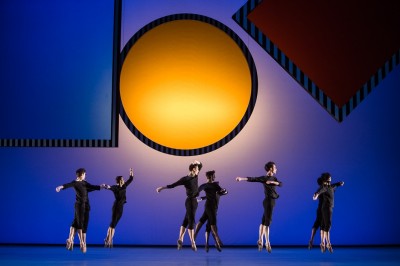 a perfect balance between tradition and modernity.

PARIS/FRANCE: The Balanchine/Millepied program has been a great success since the « première » on May 12th at the Bastille Opera in Paris.

The first ballet of the program is Le Palais de Cristal, created by George Balanchine for the Opera de Paris in 1947 with music composed by George Bizet.

The second ballet is a new creation by Benjamin Millepied, Daphnis and Chloé which was first created in 1912 by Mikhail Fokine and the Serge Diaghilev’s Ballets Russes on one of Maurice Ravel’s masterpieces.

The program offered here proves to be a perfect balance between tradition and modernity. 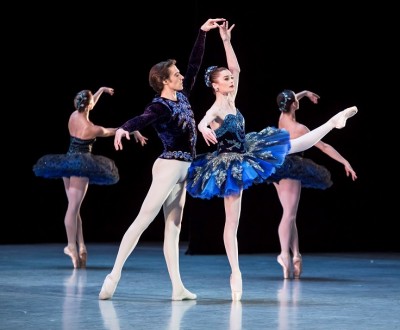 With Le Palais de Cristal, Balanchine highlights the virtuosity of the French company. Through this wonderful ballet – obviously on “pointes” shoes – in four movements and a finale, the dancer’s technique is put to a severe testing: changes of direction, balances, but also the speed with which the dancers have to perform very technical academic sequences.

It is certainly a great challenge for the dancers, who, for the most part, come out with the honors, and show a great musicality.

For this new production, Christian Lacroix has designed exquisite costumes which refresh the ballet without changing its soul.

One can’t help but think of one of the most famous Balanchine’s ballet Jewels, which also belongs to the repertoire of the Opera de Paris, but was created two decades later by the choreographer for his company The New York City Ballet. 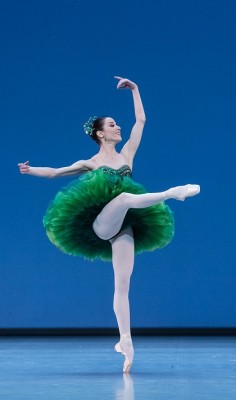 Then arrives Millepied’s Daphnis et Chloé. The scenography designed by Daniel Buren immediately plunges the audience into modernity. Together with the costumes, created by Holly Hynes, it underlines the sobriety and elegance showed in the choreography. 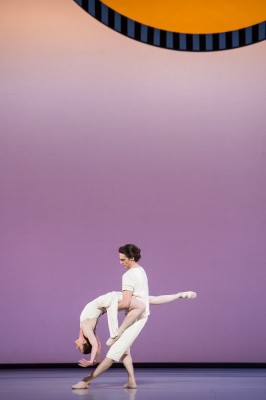 Even if there is no pantomime part in this ballet on “pointes” shoes, it keeps all the narrative lines of Daphnis and Chloe’s story: the love of the shepherd Daphnis for the young Chloe, kidnapped by pirates before being saved by the god Pan.

Millepied shows here his talent to create both very sensitive “pas-de-deux” with beautiful “portés” and wonderful group movements. His choreography is very musical and forms a great alliance with the music director, Philippe Jordan.

Nevertheless, one would have appreciated some more originality and more risk taking from Millepied. Eventually, this version doesn’t differ much in its construction from Frederick Ashton’s.

It is even a little bit confusing at the end as the distinction between the couples formed by Daphnis with Chloe and Lycenion with Dorcon in the last movement is blurry. 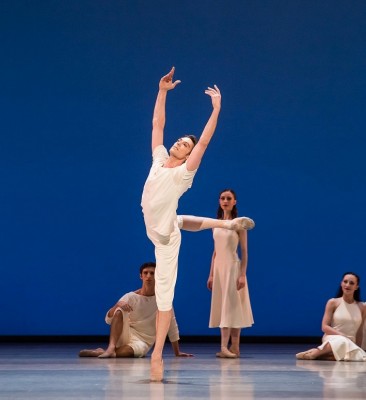 However, Millepied signs here a very elegant ballet, in the tradition of narrative ballet, with a fresh air of modernity. The dancers were all splendid, and Millepied succeeded in highlighting each talent. Among them there is a name one has to remember: Pierre-Arthur Raveau, as Bryaxis

than half buy viagra surgery may achieve the goal of increasing arterial.

. This first dancer has everything to become Etoile. His presence thrilled the audience who couldn’t hold its applause after his variation. Raveau is very graceful and shows perfection in the details together with a splendid energy. 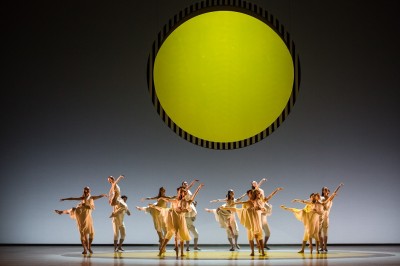 The two parts of the program match perfectly: Millepied being a former principal dancer at the New York City Ballet – the company created by Balanchine – he is therefore a worthy heir of the Balanchine style. Moreover, when Brigitte Lefèvre – the current Ballet director of the Opera de Paris – entrusted Daphnis and Chloé to Millepied, she didn’t know that he would be chosen to replace her as Ballet director the next season. Eventually, this very well-shaped program seems like a baptism for the new Ballet director of the Opera de Paris.