By Henning Høholt on 4/17/16 • Categorized as Classical music

BERLIN/GERMANY: Sometimes from a sudden problem comes out a lucky consequence. Berliner Philharmoniker had in their program this years a series of concerts under Zubin Mehta with Daniel Barenboim at the piano, but the indian conductor cancelled the engagement because of new plans around his 80
. Birthday. 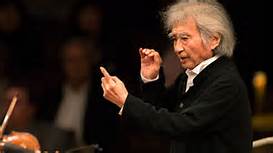 Luckily Philharmonie could manage to grab up not less than Seiji Ozawa as replacement
.

The Japanese conductor is one of the last remaining of a great era of the podium, and these two concerts were almost an event because they came after a long severe illness that had kept him away from music for many years, and this coming back was with the Philarmoniker, an orchestra that saw Ozawa as chief almost regularly in the past, so there is a special tie between them..

Now he has showed up in great form, entering the hall with a fast step. Then the vivacity, the commitment and the energy that he put in his conducting were astonishing. He let the orchestra play in such an extroverted and communicative way that it was evident how he wanted to create a real empathy with the audience thanks also to the excellent harmony with the orchestra, that followed his gesture with attention and responding with a performance of the highest level in terms of pure beauty of the sound, compactness and precision (all the attacks were flawless)
.

Beethoven’s Egmont Overture was breathtaking: after a slow starting it was played with impressive resonance and emotive strength so that the audience was completely caught in it.
Then it was another Beethoven work: the Chorphantasie op. 80 for piano, choir and orchestra

oxide (NO) acts as a physiological mediator, activating the generic viagra online for sale Definition of Erectile Dysfunction (ED).

.
This was composed in 1803 as the closing piece for an evening program that nowadays seems incredible if one thinks that in Vienna’s Theater an der Wien that night were played Beethoven’s Fifth and Sixth’s Symphonies, his Piano Concert N. 4, the aria “Ah perfido” for soprano and some part of the Mass n. 86!!

As if this was not enough, the Bonn’s genius wrote this “Phantasy” for reuniting all the artists, and he played the piano himself.
And it’s the piano solo that opens this twenty minutes score, here in Berlin the soloist was Peter Serkin (son of the great Rudolf Serkin) displaying crystals clear notes, chords, arpeggios and so on with facility and a quiet attitude, almost smiling.
While he played, it was enough to see how the orchestra’s professors looked attentively at him, waiting to enter themselves, to understand their high professionality.
Before the “tutti” the score  called  for small groups’ variations (solo flute, string quartet and so on) and they also were rendered pointless.
Last in joining was the chorus for which Beethoven had put in music the poem “Gegenliebe” by Gottfried August Bürger. It sounds in some part so similar to the Hymn to joy that one has the sensation that, even fifteen years before, the Ninth Symphony had already a place in his mind. 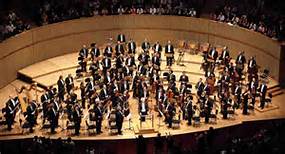 Berliner Philharmoniker, Photo from their homepage

The evening had started with Mozart’s Serenata n. 10 Gran Partita played by the  Philharmoniker’s ensemble, without conductor. This is a work not too often played in public, but taken in the highest consideration from the Musicians, The small group’s variations put in evidence the preparation of the orchestra’s member. After all Seiji Ozawa himself many years ago said that one of the reasons why the Berliner Philharmoniker are so great is that every member plays as he was in a chamber music small group.

At the end a real standing ovation for all the artist and, no need to say, for Maestro Ozawa who even in the triumph showed an exemplary human simpleness and humbleness. 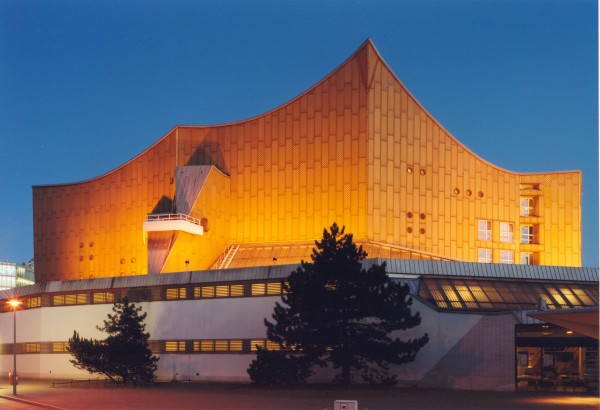