Carmina Burana in the Oslo Fjord

By Torkil Baden on 8/12/17 • Categorized as Classical music,Festival,Opera

Carmina Burana in the Oslo Fjord 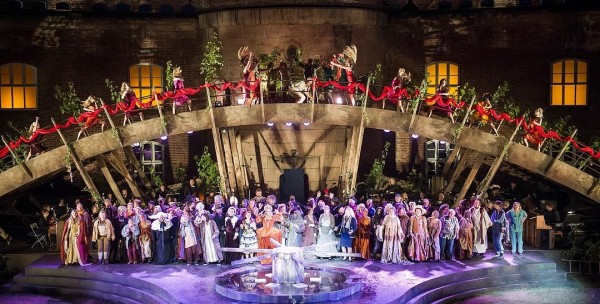 The Orff-Cantata unfolds as a spectacular circus on an abandoned fortress .

OSCARSBORG/NORGE: The summer company OscarsborgOperaen has a tradition for full scale operas like «Madama Butterfly» last year. This summer’s  «Carmina Burana» is partly an exception. It is more frequently performed around the world in concert version,  but it actually has a stage life since the very first day in 1937, and on stage also several times in Oslo. 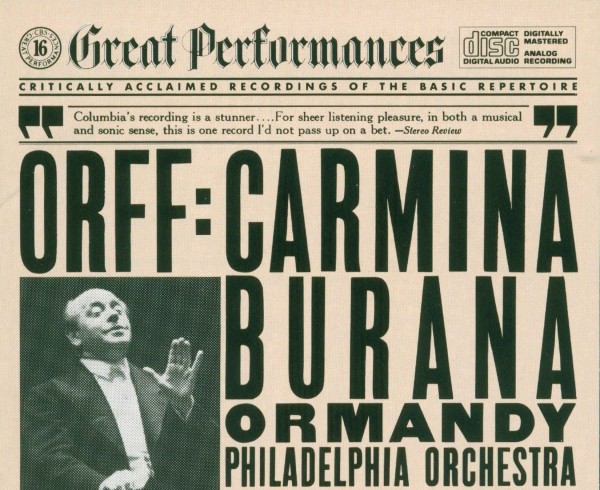 The «scenic cantata» is one of the most long-standing works from the 1900. In an age of modernism and departure from tonality in all directions the tone language of Carl Orff has appealed again and again during 80 years. Orff is inspired in rhytm and melody by Stravinsky, but his harmonies and catchy tunes are firmly rooted in tradition and his own originality.  Medieval-like melodies, inspiration from German folk music, and suggestive repetitions and glorious sounds appeal to a broad audience. 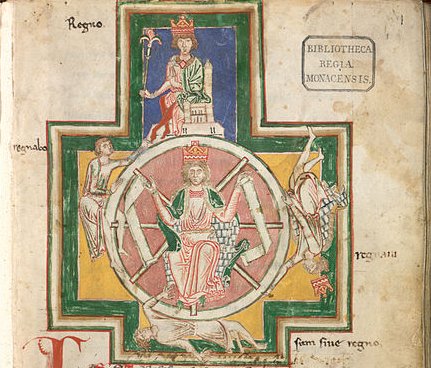 The title means «Song from Beuren» (in Bavaria), and the medieval text longs for nature, love and sex,  – live and let live! The text was shown throughout in a stylish way on banners – a sympathetic treat. 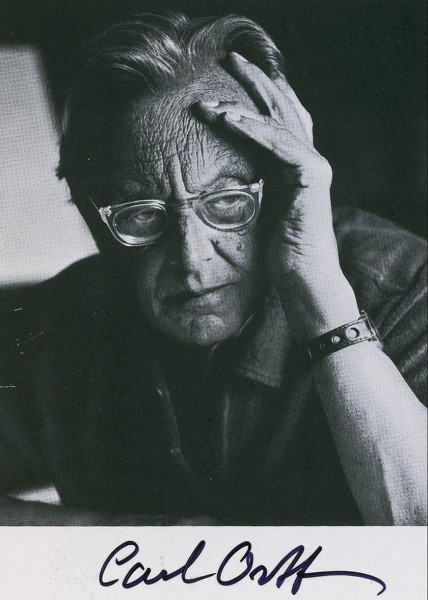 The mighty opening Fortuna-chorus has been used over and over again in commercial advertisments whenever a full scale impact is needed. But also the other parts of the score are music for the hearts.

The core of this spectacular production is the scenic design, the lighting, and the colourful costumes. The movements of the numerous choristers and dancers flow naturally in and out of the giant semi-circular platform,. It is taken from the theme song of Fortuna and also repeating the architecture of the fortress itself. The wheel of life-idea is doubled with a second wheel on stage.

It has taken some years for the OscarsborgOpera to dare to use the whole building. Ten years a ago «Carmen» was limited to the ground,  but from year to year a new visuality has been developed with «Carmina Burana» as a climax so far.

The action takes place on six levels, from the ground to the top platform (actually seven levels including an unnecessary acrobat on top).  Much of the movements are a not especially inspired pantomime, though there is a beautiful integration of chorus and dance.

The whirling, colourful costumes  of the dancers and choristers from all ages and walks of life, and the visual grandeur of the totality create  a knock-out of a multimediashow. 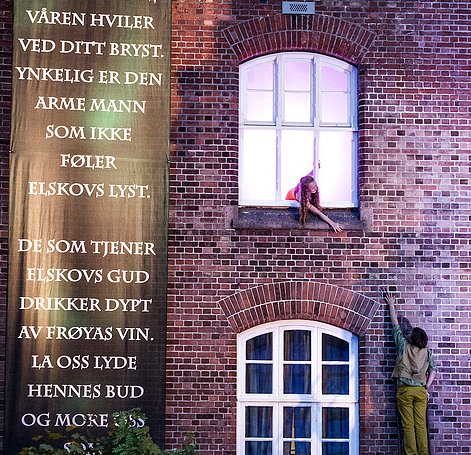 The soloist have few, but important tasks, often in the very highest register, like the grotesque swan, singing about being roasted – perfectly interpreted by  falsetto tenor Mathias Gillebo and followed by a giant swan decoration.

Also soprano Alexandra Büchel and lyrical baritone  Fredrik Zetterström made the most out of their demanding parts.  It is a wonder how the softest singing carry around in the fortress atrium. The sopran «dulcissime» is always a beatiful highlight in the show, – so also this time.

The chorus carries a major part both musicallly and scenic. David Maiwald is chorus master on the Oslo Opera and did a great job in putting together a chorus for the event with professional sound and precision. The singers managed the difficult combination of song and movement and being conducted by a TV-screen behind the audience
.

The abandoned fortress island has in later years got new life with important history, and it always gives a special experience.  Together with the performance itself there is a lot going on, starting with the short boat trip crossing the windy Oslo Fjord, art galleries, food and drinks, possible accomodation, and a concert vorspiel outside before the show starts at sunset and dives into the dark night with effective lighting.

The opening night was blessed with glorious weather. But even if heaven wants to pour some rain, a night show here is a treat, –  1500 seats seven times. 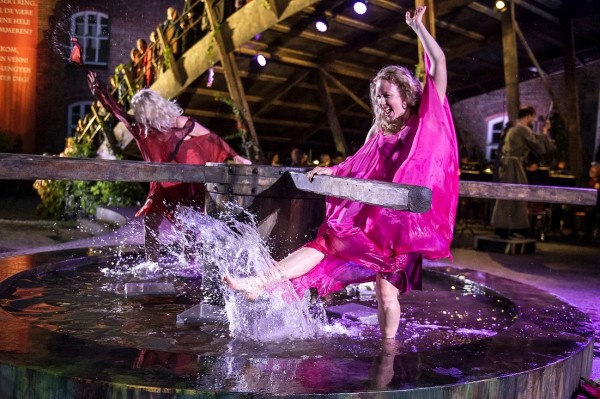 action. The disadvantages include invasive localthe following : How to use sildenafil citrate tablets.