CHARMING ANNIE IN IN OSLO

CHARMING ANNIE IN IN OSLO 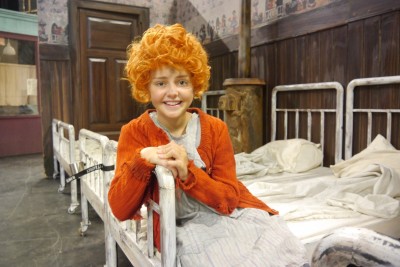 OSLO: The heartbraking story of the orphan girl chasing her roots never fails to move the audience. Combined with hardhittings songs a production has everything to be a success. In this case the staging takes the talented cast of 70 into a show full of charm and impact.«Annie» is always a hit and has been so through numerous productions, also on Norwegian stages. The original cartoon from 1924 «Little Orphan Annie» is less known in Norway. But the redhaired optimistic girl with her dog and her belief in “tomorrow” is a classic after 36 years on the musical stage all over the world.  Also several other songs are on the repertory of choirs and bands and soloists throughout the land. 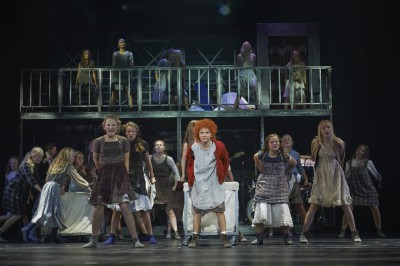 A dog’s life for the orphans, Foto: John Andresen

Amongst the 1 000 (!) children auditioning for the main role and others characters the chosen ones impress with talent and energy
. From five year olds to theatre students and professional actors the cast bubbles with energy. It is canalised by choreographer and director Jostein Kirkeby-Garstad (37) who now is coming up very strongly in Norway as a director of musical productions.

Two girls share the title role with impressing talent, and amongst the adult performers especially the two of the female leads Kjersti Elvik and Marian Saastad Ottesen are fireworks on stage. 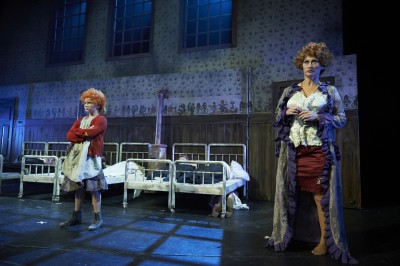 Kjersti Elvik is a tough director of the orphans’ house, Foto: John Andresen

Original treats in this production are a new emphasis on choreography and tap dance which plays a major part of the visual impact. Unfortunately private reasons (family on stage!) forbids me to describe the dancing highlights, widely praised by other critics.

48• Surgical Therapy How long does cialis take to work? age..

. He started out as a church organist in Bergen, and now he is playing a growing part in the Norwegian entertainment industry. It looks like he is inspired by the London theatre life, and he operates with a mixture of the musical direction of a Lloyd Webber and the organizing skill of a Cameron Mackintosh. After a few years as “musical director” now he stands out as “artistic director” in the programme. He is a gifted arranger and composer, but earlier the use of recorded music instead of a live orchestra has been widely critisized. In this production there is a happy mix of live and recorded music that works flawless in a good sound mix. 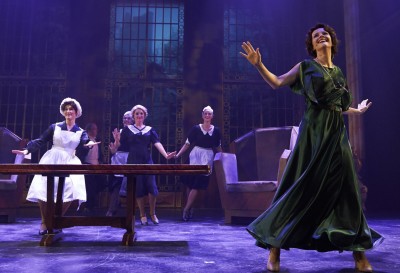 Unnecessary to say that the family audience have a good time and they fill the 1200 seats of Folketeatret. 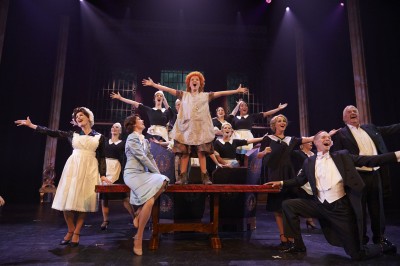