as the Master of vocal magic.

The Norwegian Opera and Ballet, Oslo 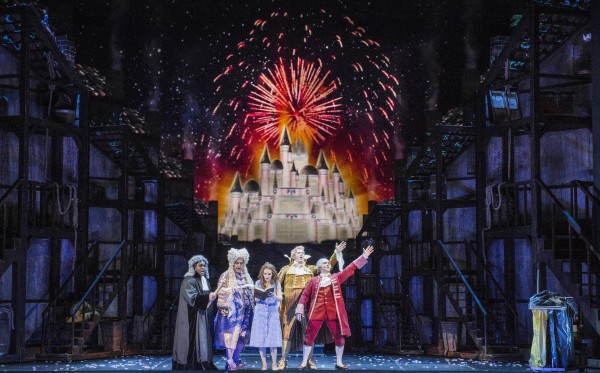 OSLO/NORWAY: Stefan Herheim has not laid his hand on Cinderella earlier nor has he staged Rossini. Through the years he must have stored a large amount of creative ideas for this project, and now they finally burst out. As always he goes all the way and presents a visual feast of humour, psychology and musicality.

Every scene is loaded with impressive staging, relating in detail to the music. The opera is choreographed almost throughout with demanding steps and with impressing precision. 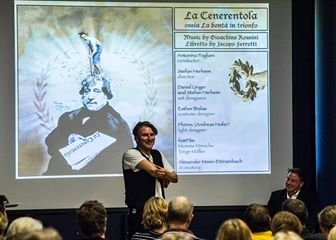 Herheim’s recent productions all over Europe include portraits of strong ladies like Carmen, Salome, Queen of Spades, Manon, Lulu, Rusalka and the women of Figaro, Don Giovanni, Wagner, and the Paris Bohemian girls. Up next are the ladies of Hoffmann in Copenhagen in April.

His female portraits are usually ambigous with room for complex personalities. To him Cinderella is not only an innocent good-hearted girl. She is ambitious and smart, and her forgiveness in the end is with irony,

He wants to go deep, and he makes an original focus: the voice. He identifies Cinderella’s father as the composer Rossini who creates the vocal magic. And the whole chorus of male voices and extras are all hilarious Rossini portraits. 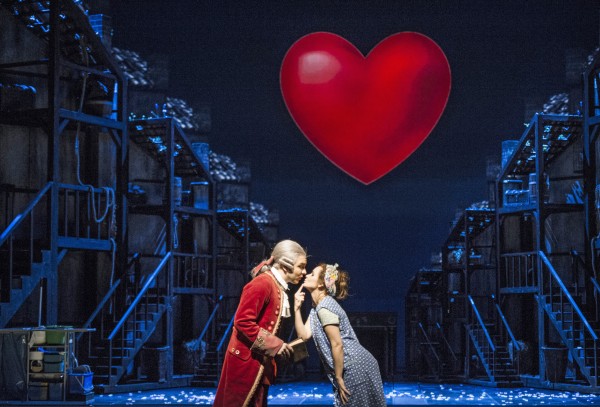 Magic for a while, but not everlasting, La Cenerentola in Oslo.

The Rossini version of the old fairytale departs from the old French original in being more human and realistic. There are no magic figures, and the attraction between the girl and the prince is actually familiar with what happened in the Norwegian royal family in recent times. The Norwegian crown prince met a girl of the people
.

Typical for Herheim he has a total concept for his production which also takes in powerful designs including video.

As in in many of his earlier productions he starts with the building we are sitting in. The very Opera house in Oslo is the arena.  When the curtain rises we are already in the middle of the story.

It opens – and ends – with the cleaning lady Cinderella and the fairytale book.  The book comes to life, and Herheim sets the magic free. But the fairytale vanishes in the end.

Herheim’s master craft is the balance between parody and credibility, sustaining the humanity all the way.

Italian music director Antonino Fogliani opens the treasures of the wonderful score and brings out the best of the orchestra and chorus.

Russian Anna Goryachova in the title role grips from he very first note with a powerful mezzo, great in range and technique. The same goes for the other soloists, many of them guests like American tenor Taylor Stayton as the prince.

The two evil sisters Eli Kristin Hanssveen and  Désirée Baraula defend the quality of the resident ensemble with humour and great voices.

In December this extravaganza will be staged t Opera de Lyon

Video: director Herheim about his conception

Cast (changing during the performing period)

Opera orchestra, extras and male voices of The Norwegian Opera and Ballet.