by Offenbach in Berlin 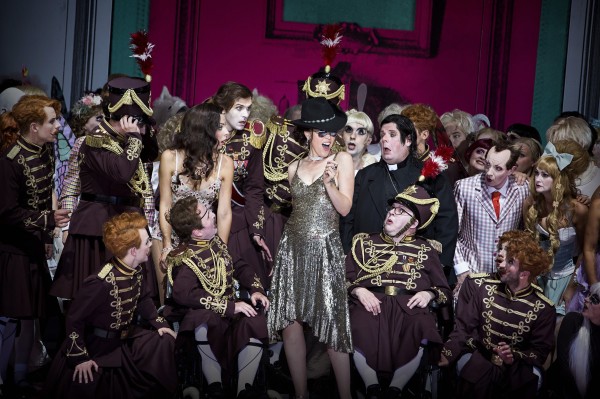 Nicole Chevalier in the centre of the ensemble
. at Jacques Offenbach´
Die schöne Helena – Extraordinary. A must to see in Berlin. Foto Ivo Freese.

BERLIN/GERMANY: The beautiful Helena by Jacques Offenbcah, presented in a successful and very musical version of the Komisches Opera in Berlin, is a huge success in a very elegant refined homoerotic framework yet another great success for the opera house.

It became one of the highlights during this winter season, as Komisches Oper has managed to lift this operette to another unexpected level as a combination of a grand operrette/musical show, visually and musically brilliant. 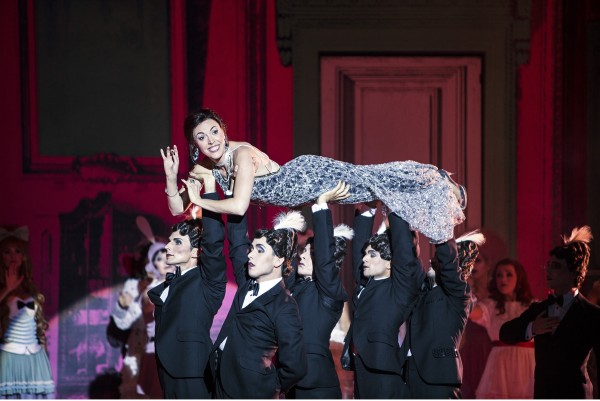 Nicole Chevalier in the titelrole and dancers. Foto: Iko Freese

In the center of it all, on roll skates we found the famous norwegian baryton Tom Erik Lie, leading the elegant ballet of 6 handsome young men, dancing acting and brilliantly and virtuose on roll skates. A high light for the whole performance
.

In the leading roles: 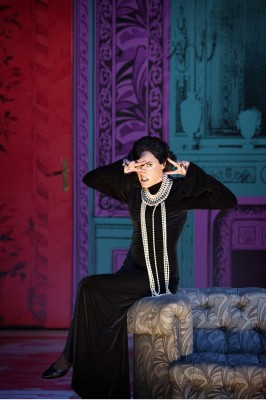 But them who in fact made that this became a mood bomb were the 6 dancers: Michael Fernandez, Paul Gerritsen, Christoph Jonas, Lorenzo Soragni, Zoltan Fekete, Hunter Jaques, and their dance captain, Silvano Marraffa. The energi these male dancers showed, an the accurate expertise in a very high tempo was extraordinary. 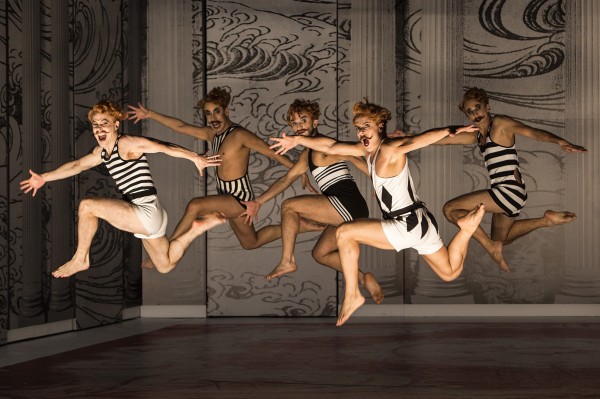 It was staged by Barrie Kosky, Choreography by Otto Pichler, Costumes Buki Shiff.

Die schöne Helena is an opera buffo in three acts by Jacques Offenback, Text by Henri Meilhac and Ludovic Haley, translated to german by Simon Were. 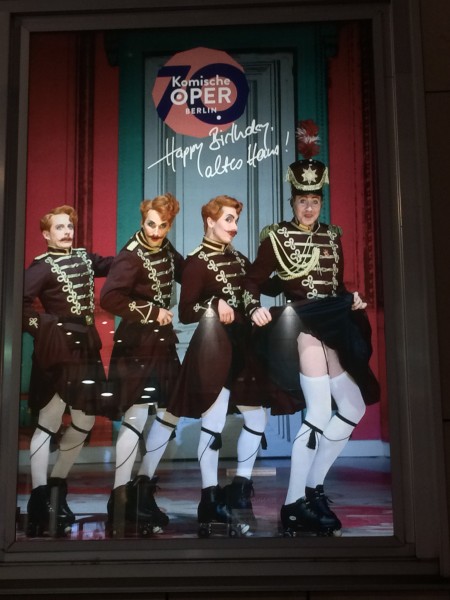 For visitors to Berlin around Christmas, i am happy to tell that Die Schöne Helene is at the repertoire again, 19
. and 25. December, – at our evening there were a long queue after eventually free tickets, nearly all of them in the queue didn´t get any tickets. – And we do understand, be cause this was entertainment, humor and musicality of highest possible class.

a must in Berlin