LUCCA/ITALY: After a performance of Die Zauberflöte as that of Teatro del Giglio in Lucca that we are reviewing we leave the theater visually satisfied, but with some reservations regarding the musical part. This Mozart opera is indeed particularly difficult, and the comparison with historical records or with past performances in other Houses doesn’t facilitate the work of the artists who nowadays approach it. 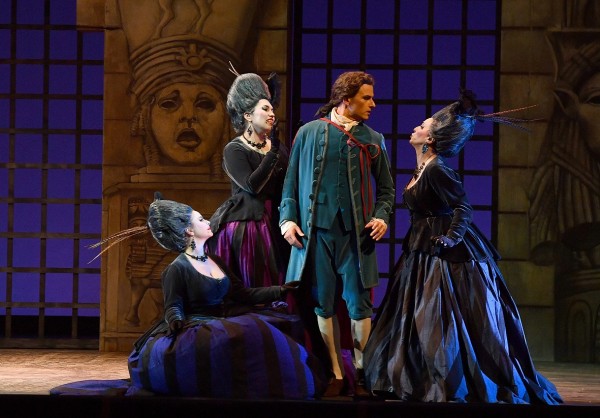 It must also be considered also that this staging was prepared at Teatro Goldoni in Livorno and was also represented in Teatro Verdi in Pisa, and that the stages of Livorno and Pisa’s theaters are larger than Lucca’s, which is a really small stage

and psychological factors in the individual patient must beactively participate in the choice of therapy (shared decision viagra for sale.

. So the visual part but also the musical one were slightly “adjusted” to the small Lucca’s theater.

That said, the conductor Dejan Savić doesn’t seem to follow a personal line in the interpretation of this work, being usually heavy and following the singers with mixed success and a poor coordination with the stage. Sometimes he covers the singers’ voices but we don’t notice him so much, apart some a little personal pacing and a general leaden efficiency. 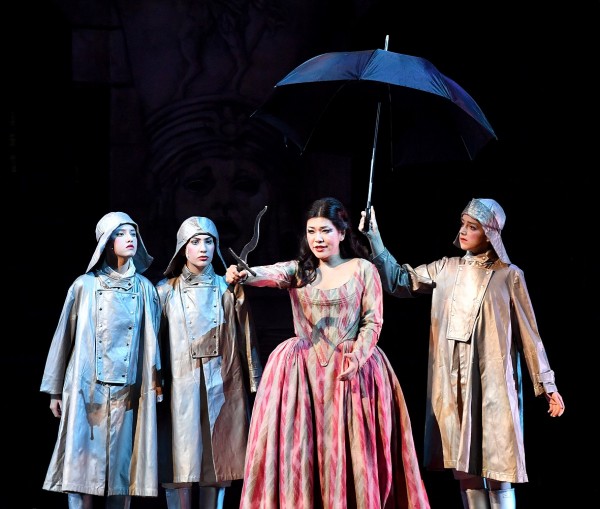 The vocal cast was of an average level, apart the very lively baritone William Hernandez as Papageno, showing a not particularly beautiful voice but used with great efficiency and dexterity, moreover it must be said that he is always irresistible on stage, really good as an actor.

The tenor Blagoj Nacoski as Tamino is scenically more than credible, vocally he shows an interesting voice but a rather predictable phrasing and a poor variety of colours. Anyway except for some uncertainties he went in crescendo during the opera and overall was more than acceptable.

Yukiko Aragaki as Pamina shows a bright voice and with a good volume, but with few colors and many pitch defects. 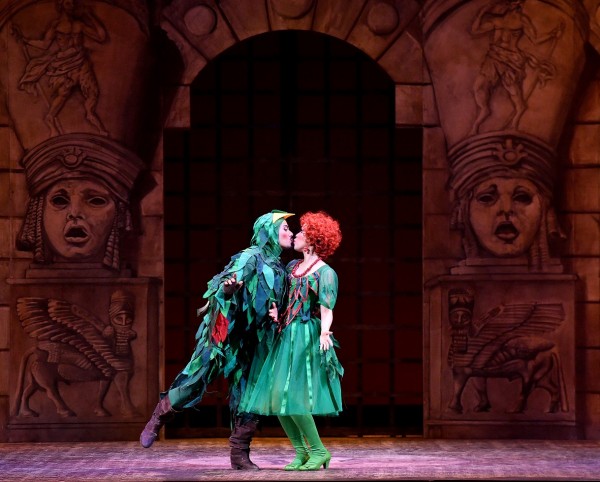 Maria Laura Martorana as the Königin der Nacht was almost appreciable given the absolute difficulty of her vocal line. However the vibrato of her voice and her vocal shyness, combined with intonation problems (almost inevitable for each singer in this very difficult character) must be highlighted. 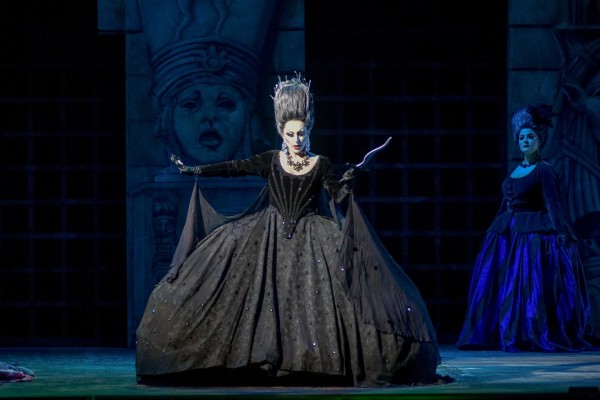 Martorana as Queen of the Night.

Manrico Signorini was a raw voice Sarastro, Antonio Pannunzio an overall effective Monostatos. The other singers were on an average level.

Even the permanent scenic structure suggests that the stage director Lindsay Kemp privileges the oratorial side of the opera, or at least an almost academic staticity, without – for example – Masonic superstructures or original ideas but faithfully following the libretto and the plot: a practicable on two floors backdrop structure, with a generic symbolism of elephants and shapes vaguely recalling Assyrian-Babylonian art, immersed in a pristine nature that frames the scene.

Therefore it’s easy to imagine the director’s idea to privilege the character of Papageno, whith great effect scenes and by-plays, compared to an almost stereotypical acting and the substantial immobility of the other characters.

Everything seems to come out from a children’s book, with the complicity of the beautiful costumes and above all with innocence in the eternal child Lindsay Kemp’s heart. The director takes care rather well of the characters’ acting whereas in the ensemble scenes does not seem to achieve great results also considering the smallness of the Lucca theater stage, with the choir – for example – always stood in the same way. To notice that the snake of the first scene of the opera is transformed by the director into a lovely charming small dinosaur.

Orchestra and Chorus were well, the audience that filled out the House was satisfied and very warm in applause, with some isolated contestation but with a particular enthusiasm for the baritone William Hernandez and the director Lindsay Kemp.