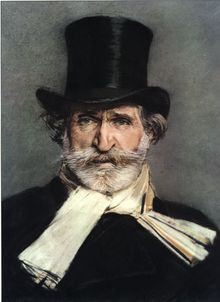 VILNIUS/LITHUANIA: The new Don Carlos production at the Lithuanian National Opera, as we visited 3rd November is a big success musically for the conductor Martinas Staskus. It looks like a concert version.
Unfortunately the production, by Günter Krämer, is visually a production I only want to see this one time, / never again, – as it is a “joke” to present such a private homemade kitchen work for the audience.
Traditionally Don Carlos is a hit, as the music has all the best Giuseppe Verdi Opera ideas and a lot of beautiful tunes, as we also heard here in Vilnius this Thursday evening. However to present Don Carlos in such a way, with very good singers, specially in the roles of Princess Eboli, Queen Elizabeth, Don Carlos and the Grand Inquisitore/Monk, is not a good investment for the opera house, as it after a while will be difficult to sell the tickets, and then a renewing of the production will be needed soon, to reach out to the audience, who want to see it again and again.  – Honestly this Günter Krämer production is waist of money. 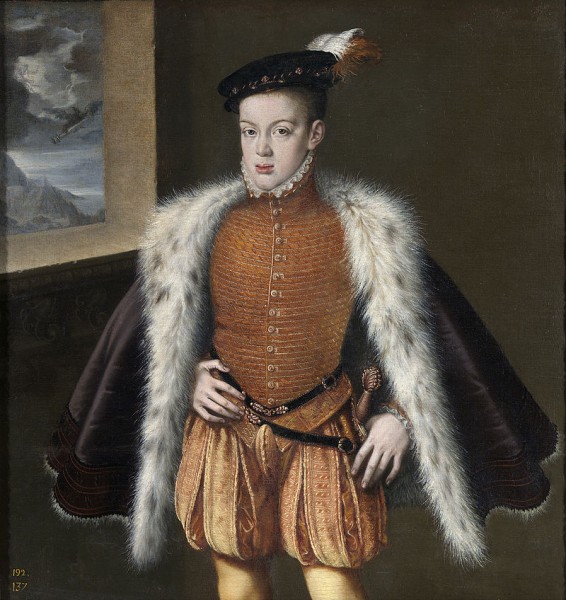 Of course, i have been told that again and again, that the stage director has the artistic privilege to make his production as he means it is right in connection with the project he has presented. But still this is not a good economic business for the opera house, and therefore the opera house will loose money on it. In stead of making a great production which will run for 25 years, and dont need changes.

Egle Sidlausksité is vocally extraordinary good as Princess Eboli. Her forming of her role, and of course of her large long dramatic aria “O Don Fatale” was a hit, that also gave her this evenings largest applause. An aria, that I, in her version, will remember for a very long time
. Excellent.
The other famouse female role as Queen Elizabeth, strong performed by Raminta Vaicekauskaite was brilliant, her last aria, in the convent, was another hit in this production. This is in fact one of the very big demands in Don Carlos, as she has to sing a lot during the whole opera, and in this production, nearly without getting the possibility to get of stage in the first part. Then after all this work, she has her largest aria in the very end. In that she shows her great capacity to keep enough strenge to survive with braver.
In the title role, Don Carlos, Enrique Ferrer, was excellent
. His voice is dramatic, good, and with a beautiful sound, and he keep the strength all the time, we trusted in him. His tenor sound is excellent in the middle and the lover level, close to sound like a baryton, I was missing the higher tenor sound, the extraordinary light timbre.
Liudas Norvaisas did a great job as the monk in the first opening part, and later as giving the voice to the Grand Inquisitore. Mr. Norvaisas capacity of singing is impressing me more and more when I hear him, and this was outstanding, a great pleasure, a bas, that I want to hear much more. In fact keeping the famous Lithuanian bas singer tradition a live.
In the other famous roles, Luciano Batinic did a good job as King Philip, expressive and great, unfortunately to me, i am used to, and i prefer a deeper sound in the role as King Philip, mr Batinis sounded as a baryton to me, and not as a bas or even a basbaryton, therefor his famouse opening aria from second act, accompanied by the very well played cello solo parts, which use to be a large hit, didn´t became that hit as it use to be. furthermore, to make him move around and act like he was staged to do, didn´t give this important aria, telling a lot about the feeling inside the heart of the King lost some of the value.
Eugenijus Chrebtovas, was some times very good in the important and demanding role as Rodrigo, and some times i was missing his powerful stage presence. The famouse duet with Don Carlos, who came early in the first act, which together with three other male duets are among the best in the world tenor/baryton duets didn´t became that large success that it could have been, and I feel that it was not due to mr. Chrebtovas voice, but due to that together, the sound of mr Ferrers dramatic tenor voice was a bit too deep in the sound, so he nearly matched the baryton level, and then we didn´t get the contrasting sound as it is preferred in this particular duet. – Among the other two – three famouse tenor/baryton duets are the famouse duets from La Boheme, and the Pearl Fisher.
The voice from heaven was sung by Rita Petrauskaite, unfortunately, it was sung from the orchestra pit, therefore we lost the heavenly feeling, but it was sung well.
In this strange staging, we had the big very good choir in one and in two lines filling up all the wideness of the stage completely. – without any acting at all. It gave the audience the possibility to enjoy how well the Lithuanian National Opera Choire is sounding, and i am sure it was a pleasure for the conductor Martinas Staskus, to work with them in such a way. – That was positive for the sound, but it didn´t add anything to the production at all.  Ceslovas Radziúnas is the choice master. The Orchestra sounded fabulous, it was a good work made in the preparation.
For me it looked like a concert performance, except for the small acting between the leading roles. However since the scenography didn´t give the soloists any help to perform like it was an alive production, then the audience, who see this Don Carlos for the first time, they didn´t understand what the production was about. However, for us, who knows this particular opera very well, we could spend a lot of the time to following the good texting machine, texting from italian, as it was sung in Italian language, translated in to Lithuanian and in to English, it worked well out.
The costumes  by Isabel Ines Glathar, i can’t see was any design, else, but dresses for man and women –  what all opera houses are having in stock for daily use and persons are having at home, a black suit and a black dress, where a white collar is put on for the womens. what a pity to get the possibility to “create” costumes for a Verdi Don Carlos, and then missing that great inspiring possibility.   The straitjacket used in some parts for Don Carlos is a normal jacket in the psychotherapy, it is not a design. That Grand Inquisitore outfit is normal in the Catholic church.
The scenographic solution by Herbert Schäfer, with all the stage covered by large plywood plates was a misunderstanding, a cheap way of “trying to do something extraordinary, that definitively don´t work.
– the costumes and scenography – It would have been more honest to say, “sorry we dont have money to make good scenography and costumes fitting for Don Carlos, therefore we decided to do it like in this cheap version”. – Even I could have understood that.

Günter Krämer as regi responsible is not unknown to us. Several times we have enjoyed his great La Juive, here in Vilnius, which later on guested in Stockholm, which is a very good and talented production. Our headline after this was:

La Juive in Vilnius
. The best opera performance in 2010!?

DER RING DES NIBELUNGEN  at Opera Bastille in PARIS: We too followed all his production of the Nibelungen Ring at the Paris Opera some years ago – from 2010. Unfortunately in that we also found that quite strange: After the Siegfried premiere in 2011 our headlines was like this:

The Paris Opera, who is making a new Nibelungen Ring, has come to part no 3, Siegfried, which was premiered in Paris March 1st. 2011. Positive and radiant in mood, the second day of the Ring cycle shows the hero in his turbulent youth. The adventure begun last season continues in Günter Krämer’s vision, under the musical direction of Philippe Jordan. Because of the scenography and costumes by Jürgen Bäckman and Falk Bauer, I am sure this production will go in to the history, as one of the worst Siegfrieds shown, so far. The hit of the evening was Juha Uusitalo as Der Wanderer. Critic by Henning Høholt.

The Opera house of Vilnius is in its presentation writing:

G. Verdi’s “Don Carlo” was first unveiled to the audiences in 1867, in Paris. Opera itself was written after Friedrich Schiller’s play. The latter contained everything that G. Verdi was looking for: having left behind superficial dramatic theatricality and librettos filled with romantic passions, he settled upon works that displayed a great deal of concealed tragedy. These works no longer possessed the overactive action on the exterior – instead, they were overflowing with inner turmoil, quests to find the real human values and longing for humanity itself.

As a genius master of the dramaturgy of music, Verdi was very much aware of the fact that a political drama on its own is far less handy when it comes to showing audience’s favourite passionate collisions of feelings that are usually present in stories of dramas within families

. Thus, in Don Carlo he merged the two spheres together, creating the perfect collision between personal, political and ideological conflicts.

Verdi was only 53 when the score for Grand Opera in Paris was completed, however, he spent around 20 years editing, abridging “Don Carlo”, omitting some of its scenes and putting them back into the score… No other opera had so many editions and corrections.

According to conductor Pierre Vallet, “in Verdi’s score one can hear many times when he bowed to convention established by the Parisian public, and when he is his own master. It is worth wondering how the opera would have sounded without all these conventions. This is what Günter Krämer and I embarked to do. We tightened the action and increased the tension of the drama. We made musical cuts to intensify the impact of the music and we sometimes rearranged the order of the scenes for greater continuity. We feel confident that Verdi would have been quite excited about this version“.

The main goal of the director was to delve deep into G. Verdi’s opera and eliminate all possible clichés that have been plaguing it ever since it was first presented on the Parisian stage in the 19th century. According to G. Krämer, while listening to ballet or entourage scenes one can obviously hear that it is “empty music”. “G. Verdi was very much aware of conventions and wrote those scenes for the Parisian boudoir. He prepared eight versions of “Don Carlo”, which only proves the fact that he himself was not fully happy with the final result and form of the work.”

G. Krämer’s production is filled with unexpected theatrical solutions and interesting correlations. He was affected and inspired by the rock star David Bowie’s spectacular farewell message, his final album “Blackstar”. Since one of the central scenes of “Don Carlo” is that of an auto-da-fe arranged by the Spanish Inquisition, the aesthetics of the video for album’s title song “Blackstar” have become certain point of departure for the staging.

All inspirations generate a maximum strength of impact for the audience.