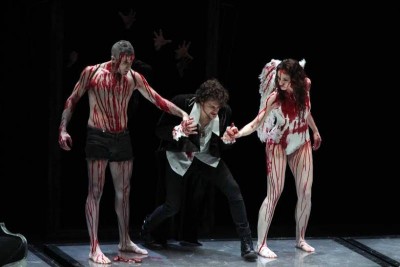 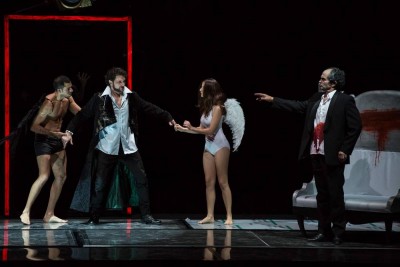 LUCA/ITALY: This new production of Mozart’s Don Giovanni has been staged in several opera houses in Italy, and has now arrived in Lucca, Teatro del Giglio. Its visual impact is really very strong, stage director Rosetta Cucchi (on Kulturkompasset there is a review of another of her opera staging, Donizetti’s L’elisir d’amore in November 2013 from Florence) has located the opera in 1980s in America, cutting every tie to Lorenzo da Ponte’s libretto
. The performance alternates good moments to other where the level is very low. 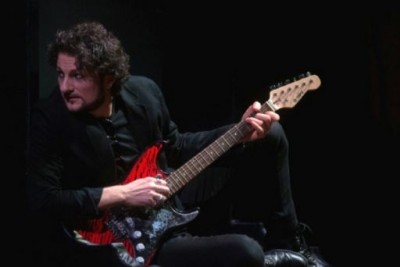 The main character according to Cucchi’s view is the star of a trendy bar, a place with a unhealthy morbid athmosphere, and of course he tries to possess every woman who comes around him
. Donn’Anna is a refined lady who goes shopping with a taxi, and on the auto she will be raped by Don Giovanni (actually in Cucchi’s view she seems to consenting it).

Leporello is Don Giovanni’s assistant who takes photographs of every woman he conquests. Donna Elvira arrives not with her usual baggage, but with a rucksack and she dresses like a “femme fatale” trying to recapture her lover. 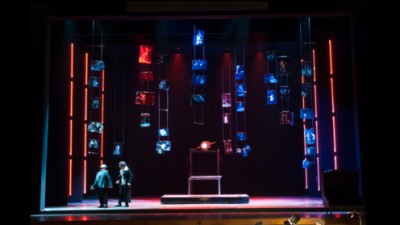 This sort of operation has a limit: the music becomes just a soundtrack of an autonomous show that goes on its on, not observing the subtle implications or the spurs coming from the music.

As it’s easy to understand, it’s a very personal and questionable interpretation of the opera, a staging where in any case it’s possible to find some interesting ideas: for instance, in the duel Don Giovanni suffers a light wound by the Commendatore, and this wound will bleed and will be cured all along the performance, almost like a new Amfortas who see the mortal abyss where his actions will bring him. 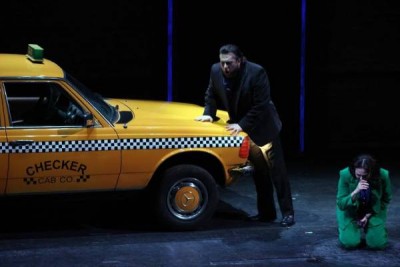 So this staging is really over the top, with the risk that the sexual side of the performance catalyzes the audience putting the rest on background
. Nevertheless it’s rather well staged, and even if often of bad taste (really inopportune the cemetery scene, setted by Cucchi in a…. photographic studio), it makes definitely an impact.

On the musical side, we had already seen protagonist Alessandro Luongo in this role two years ago under Zubin Mehta in Florence, a performance which was reviewed for Kulturkompasset. Luongo masters the character, captures the audience with his stage presence with a voice maybe not fully homogeneous in all the registers, but he uses it with intelligence and experience. His accent is always incisive, even if he seems not to put the same care in all the scenes, sometimes he’s surprisingly too weak, but in the whole his performance is of high level. His Don Giovanni is cynical, Gascony-style, scornful and vulgar at the same time, but in second act he has very interesting introspective moments, also thanks to the stage direction. 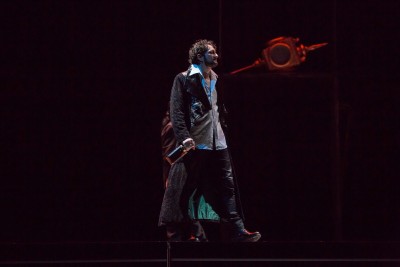 Roberto De Candia as Leporello seemed below par, his voice wasn’t well substained and he put too few phantasy in his phrasing, and the actor was scenically indolent.
Things have gone better on the female side: globally rather well the female cast, with Yolanda Auyanet exemplary and really correct Donn’Anna, Raffaella Lupinacci vocally incisive and scenically credible, and Ayse Sener delightful as Zerlina
.
Blagoj Nacoski is the usual pale weak and plaintive Don Ottavio, moreover the voice is not well tymbred. Antonio Di Matteo functionnal as Commendatore, Felipe Correia Oliveira was an average Masetto. 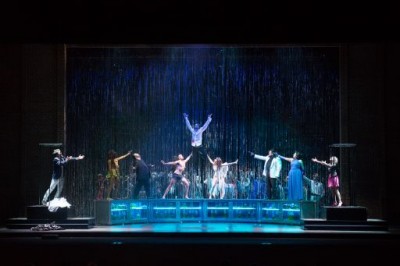 Conductor Aldo Sisillo has problems with the orchestra and the stage, and sometimes they are not going together