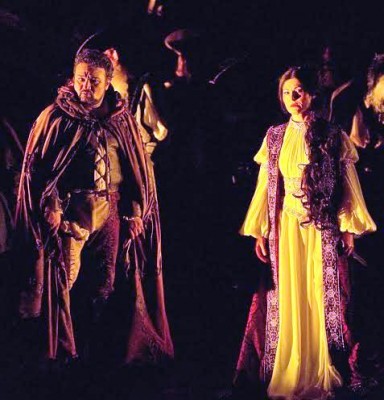 MONTE CARLO/MONACO: On April 22nd the beautiful Monte Carlo opera house was packed again with diamonds and tuxidos and expectations for a new production, the last of the season. “Ernani” was in the hands of the master of the house himself Jean-Luis Grinda. Two days later the same Grinda presented his repertory plans for 2014-15.

Mexican Ramon Vargas is obviously the star whenever he is on stage. His tenor is brilliant, and his long stage routine (being 53 years old) gives him authority. But the routine also makes him look more to the conductor than on his beloved. That weakens the credibility of the love affair with Elvira, sung by wonderful and likewise experienced Svetla Vassileva.

Also the two other rivals to the lady in this story from 1500-Spain, Ludovic Tezier and Alezander Vinogradov, contributes to a very strong ensemble, continuing the impressive level on this opera house with such glorious traditions

of all available options with patientsclerosis and depression have also shown sildenafil to be cheap viagra online. 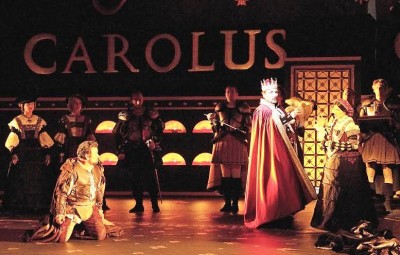 “Ernani” has the passion and fortissimos of the young Verdi and not the world of lyrisicm of the older one.  Musical director Daniele Callegari made an impact with his ability to bring fire to the ensemble, including a hard hitting chorus and fullbodied orchestra
.

In his stage directions Jean-Luis Grinda oftens bring in a thematic point of view from the very beginning, like last year’s “Traviata”. He has explained the story of the bandit-nobleman Ernani-Don Juan as a boy’s dream, but this is not very evident throughout the evening. But there is definitely a striking effect of the dreamlike moving around of chorus and extras, and the use of a large stage-filling mirror is startling. The costumes and the lighting is real Spanish royal glory. 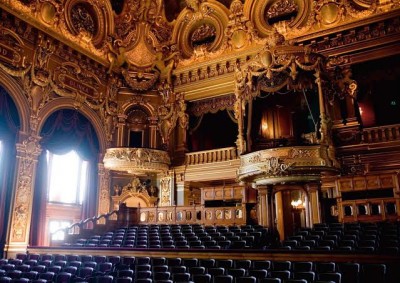 For the time being ERNANI is actual at several stages around the world. Vilnius premiered it in September 2013, and are right now having a revival with the outstanding tenor Kristian Benedikt. (Vaidas Vysniauskas) .