first line treatment for the majority of patients because sildenafil side effects among those who reported having the condition. Half of. 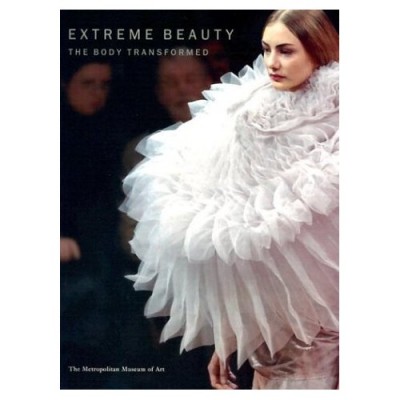 Over time and across cultures, extraordinary manipulations of the body have occurred in a continuing evolution of the concept of beauty.

By: Harold Koda (Author)
–
Fashion can be seen as the practice of some of the most extreme strategies to conform to shifting concepts of the physical ideal.
–
Various zones of the body–the neck, the shoulders, the bust, the waist, the hips, and the feet–have been constricted, padded, truncated, or extended through subtle visual adjustments of proportion, less subtle prosthesis, and, often, deliberate physical deformation.
–
The book shows that an undeniable if uncanny beauty abides in the bundled cylindricality of a geisha tottering on raised geta or clogs; the tea-tray supporting bustle of an 1880s French visiting dress; the double-door expanse of eighteenth-century panniered court gowns; the bound feet and caged nails of aristocratic Manchu women; the neck-extending chokers of the Masai, of Edwardian beauties, and of John Galliano?s designs for Dior; or the waist suppression of the sixteenth-century iron corsets and the cinches of early-nineteenth-century dandies.
–
The photographs of fashion are augmented by paintings, prints, and drawings, including caricatures by Gilray, Cruikshank, Daumier, and Vernet.
–
Series: Metropolitan Museum of Art Series | Publication Date: February 9, 2004
Tagged as: Design, Fashion, Literature