Grand premieres, three Verdi masterpieces and a variety of ballet at the FNOB in 2017–2018

HELSINKI/FINLAND: The next season of the Finnish National Opera and Ballet, from August 2017 to May 2018, has been published at oopperabaletti.fi. The autumn will begin with the ballet Lady of the Camellias by Val Caniparoli and the world premiere of a Finnish opera, Sebastian Fagerlund’s Höstsonaten (Autumn Sonata), based on the film by Ingmar Bergman
. Its main role was written for mezzosoprano star Anne Sofie von Otter. It’s time to reveal the secrets – next season is all about dealing with hidden memories and addressing repressed emotions. 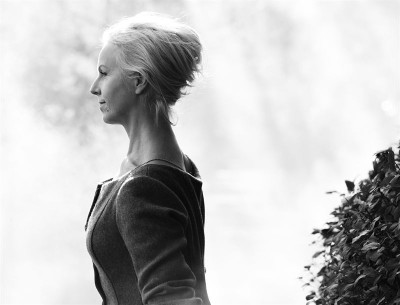 Mezzosoprano Anne Sofie von Otter makes her first opera appearance at the FNOB in the role of Charlotte Andergast.

Autumn Sonata will be premiered on 8 September 2017. “The opera commissioned from me by the FNOB is a powerful, multi-layered drama of human relationships. The main characters meet in the dark of night and are forced to weight their choices and the consequences of those choices,” says Sebastian Fagerlund, whose composing career is on an international upswing. The libretto was written by Gunilla Hemming, the production will be directed by French director Stéphane Braunschweig, and the performances will be conducted by John Storgårds, returning to conduct the Orchestra of the FNO after 11 years. Mezzosoprano Anne Sofie von Otter makes her first opera appearance at the FNOB in the role of Charlotte Andergast. The rest of the cast will include Erika Sunnegårdh, Helena Juntunen, Tommi Hakala and Nicholas Söderlund. 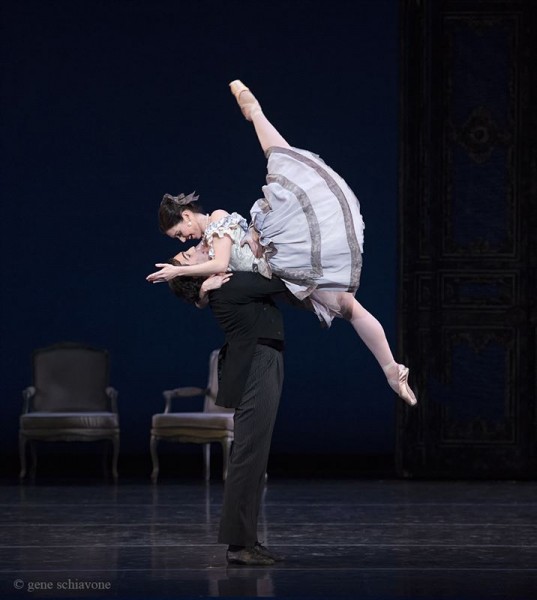 The FNB season will begin with the Boston Ballet version of Dumas’s Lady of the Camellias on 25 August.

The FNB season will begin with the Boston Ballet version of Dumas’s Lady of the Camellias on 25 August. Created by American choreographer Val Caniparoli, the production has been acclaimed for its stage presence. Its classical movement language is underpinned by the music of Chopin. For more on the new ballet and to see the trailer, go here. 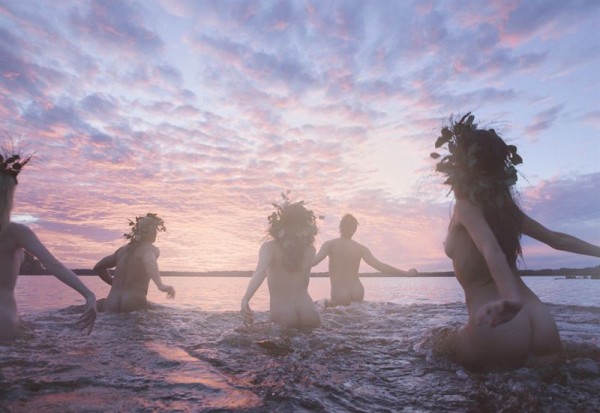 The world premiere of Land of Kalevala will take place on 3 November.

The other world premiere of the autumn is also very strongly Finnish: the ballet extravaganza Land of Kalevala. To celebrate the centenary of Finland’s independence and to round off his directorship of the FNB, Kenneth Greve will bring us an entertaining but also unsettling image of Finland’s history, cultural milestones – and the Finnish sisu. The world premiere of Land of Kalevala will take place on 3 November. The Chorus of the FNO, as well as internationally known Finnish modern folk musicians such as accordionist Kimmo Pohjonenand the band Värttinä will also participate in this massive production.

Other new opera productions include Puccini’s Madama Butterfly directed by Yoshi Oïda (premiere on 26 January 2018) and a new production of Verdi’s Il trovatore (premiere on 23 March 2018). Previously seen at the Gothenburg Opera, the production of Madama Butterfly will be conducted by Pietari Inkinenand Paul Mägi, with Korean sopranos Hye Won Nam and Karah Son alternating in the title role. A trailer from the Gothenburg Opera and an interview with Yoshi Oïda is available here. The director and production team for Il trovatore will be announced later.

The FNB’s premieres in spring 2018 are for the romantically inclined. A new production of the classic ballet Giselle will be premiered on 23 February 2018. Cynthia Harvey will rehearse the production based on the original choreography by Perrot, Petipa and Coralli, a version she originally created for the Oslo Ballet. Harvey created a distinguished career as prima ballerina with the American Ballet Theatre, and Giselle has always been her favourite role. She regards Giselle as “the perfect Romantic” ballet.

Distinguished French choreographer Angelin Preljocaj returns to the FNB after a long absence with a seductively charming and critically acclaimed work entitled Les Nuits (premiere on 4 May 2018). Inspired by the Arabian Nights, the work is full of sensual eroticism. Combining the movement languages of ballet and contemporary dance, the production also engages in an elegant dialogue between East and West. Watch the video on the production page.

Kenneth Greve’s ten-year tenure as Artistic Director of the FNB will come to an end at the gala Yours with gratitude, Kenneth on 26 May 2018. There will be interesting guests and surprise appearances, and Kenneth himself will also take the stage.

A new Moomin ballet for the whole family will arrive with a production based on the book Moomin and the Magician’s Hat by Tove Jansson, premiered in Almi Hall on 23 January 2018. The new ballet will also be performed on the FNB’s tour of Japan in the following month. The ballet is choreographed by Kenneth Greve to music by Tuomas Kantelinen.* 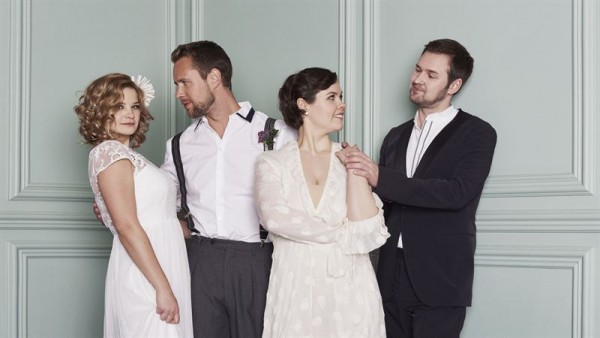 The new production of Il trovatore will be flanked by two other Verdi masterpieces with the revival of Rigoletto (22 September) and La traviata (20 December). Rigoletto will see guest appearances by soprano Irina Dubrovskaya and tenor Rame Lahaj. The role of Violetta in La traviata will be taken by Marie Fajtová, and young tenor talent Markus Nykänen will guest star as Alfredo. The opera repertoire will also include The Cunning Little Vixen(on 14 October), The Magic Flute (17 November), Parsifal (16 May 2018) and Mozart’s comedy of human relationships, Così fan tutte (14 April), with a cast of young Finnish opera stars: Marjukka Tepponen, Erica Back, Suvi Väyrynen, Jussi Myllys, Waltteri Torikka and Nicholas Söderlund. Before the performances in Helsinki, Marjukka Tepponen will be making her début in the role of Fiordiligi at the Seattle Opera.

Also returning to the repertoire are the ballet A Midsummer Night’s Dream (6 October) by Jorma Elo, the Christmas classic The Nutcracker and the Mouse King (1 December) and the perennial favourite Don Quixote (24 March 2018).

At a concert jointly organised by the Helsinki Festival and the FNOB, the FNOB’s Artist in Association, Esa-Pekka Salonen, will conduct the Finnish premiere of his Cello Concerto with Nicolas Altstaedt as soloist. The programme will also include the orchestral version of Stravinsky’s Perséphone with tenor Andrew Staples and actress Pauline Cheviller as narrator.

The celebrations of the centenary of Finland’s independence will culminate at the FNOB with a concert entitled Finland celebrates! on 5 and 6 December. At this visually designed concert, Jere Erkkilä (director of the smash hit CircOpera) will illustrate beloved, touching Finnish tunes with warmth and humour. The concert will be conducted by Pietari Inkinen and will feature the talents of e.g. Camilla Nylund and Tommi Hakala with the Orchestra and Chorus of the FNO and FNB dancers

Canadian soprano Measha Brueggergosman has become a world phenomenon and will be performing at the FNOB for the first time ever. She is equally at home with Wagner and Strauss, jazz and gospel and, say, Joni Mitchell. The Many Sides of Measha is a concert on 30 May, conducted by Nick Davies and featuring the Orchestra and Chorus of the FNO.

Apart from opera and ballet performances and concerts, the 2017–2018 season will of course feature other performances, events and workshops for everyone from infants to pensioners. In a new departure, FNO will be performing a version of The Barber of Seville for children under school age, in Swedish.

Performance streaming will continue in collaboration with the Finnish Broadcasting Company YLE and HSTV of Helsingin Sanomat. Autumn Sonatawill be broadcast on YLE and on the European online service The Opera Platform. YLE will also stream Kalevalanmaa and broadcast the Code to Joy concert on radio. HSTV will stream the Finland celebrates! concert on 5 December. All streamed performances may be viewed without geographical restrictions in the Stage24 section of the FNOB website.

The entire programme for the 2017–2018 season with complete casts and performance dates can be found on the FNOB website: oopperabaletti.fi/season-17-18. Sale of season tickets for new productions in the 2017–2018 season and sale of individual tickets for performances in the autumn will begin at the online shop, at the FNOB box office and at Lippupiste service points on Tuesday next week (5 April). Tickets for performances in spring 2018 will go on sale in October.