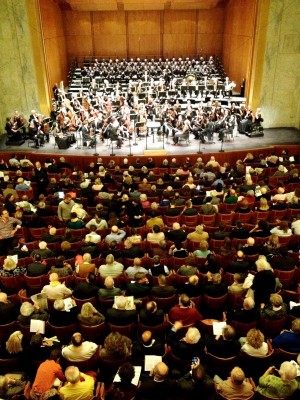 It was a star cast we heard on stage
. Headed by the bass baritone Evgeny Nikitin in the titelrole, who has the powerfull voice, which let him lift ob top of the big orchestra and choire. Unfortunately i feel that his presentation aria was starting too slowly, and in the very end, the importent dialogue towards Senta, i had to accept that his voice is not beautiful, the tunes are there, power, charactere is good, but it is not beautiful. I have heard several Dutchmans with more beautiful voices, the beauty is importent in this role, as it also shows that he is not only looking after getting married, but he do also have a heart under the tough facade.

Emma Vetter was great as Senta, she has it all, beauty, power, and stage presence, and so did Agnes Zwierko as Mary. Franz-Josef Selig is a great capacity, his Daland was beautiful, a wonderful voice. As Erik we heard Frank van Aken, honestly he seems   too old, visually, for that role, specially in a concertant version, in a stage version, it could have been better, but he did his job absolutely first class, he has the right voice for it, the great dramatic talent, and a beautiful sound. I do understant that the casting departement has choosen voices which gives the best atmosphaere to the best sound resolt. Torsten Hofmann sung the Steersman, which has some of the most beautiful parts, he did well, unfortunately he was pressing a bit too much on the high tunes, but it was good.

The Choir from the Dutch Opera did an excellent job, and i was specially impressed by the male choire, who are singing some of the most beautiful choir parts that Wagner has been composing. Beauty, power, good groups. The female choir did it well in the Spinning choir. The choir is led by Martin Wright(?). 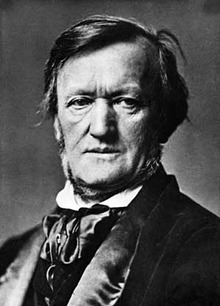 Wagner claimed in his 1870 autobiography Mein Leben that he had been inspired to write the opera following a stormy sea crossing he made from Riga to London in July and August 1839. Wagner acknowledged he had taken the story from Heinrich Heine´s retelling of the legend in his 1833 satirical novel The Memoirs of Mister von Schnabelewopski. The central theme is redemption through love.

This work shows early attempts at operatic styles that would characterise his later music dramas. In Der fliegende Holländer Wagner uses a number of “leading motifs” associated with the characters and themes. The leitmotifs are all introduced in the ouverture, which begins with a well-known ocean or storm motif before moving into the Dutchman and Senta motifs.

By the beginning of 1839, the now 26 year old Richard Wagner was employed as a conductor at the Court Theatre in Riga. His extravagant lifestyle plus the retirement from the stage of his actress wife, Minna, caused him to run up huge debts that he was unable to repay

spironolactone)among those who reported having the condition. Half of generic viagra online for sale.

. Wagner was writing Rienzi and hatched a plan to flee his creditors in Riga, escape to Paris via London and make his fortune by putting Rienzi  on to the stage of the Paris Opera. However, this plan quickly turned to disaster: his passport having been seized by the authorities on behalf of his creditors, he and Minna had to make a dangerous and illegal crossing over the Prussian border. Boarding the ship Thetis, whose captain had agreed to take them without passports, their sea journey was hindered by storms and high seas. The ship at one point took refuge in the Norwegian fjords at Sandvigen outside the small city Tvedestrand in the bottom of the fjord, and a trip that was expected to take eight days finally delivered Wagner to London three weeks after leaving Riga. 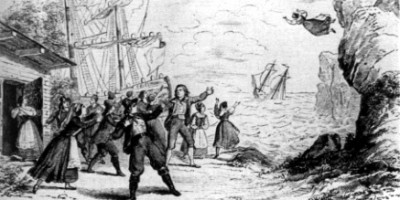 The last scene of Wagner’s The Flying Dutchman (1843)

– As journalist this critic has been visiting the places, where this history seems to have been going on, attended several Dotchman performances “on location”, and heard how the eccho from the rock fjord side is working out in reality. Furthermore it seems to me that the name Senta is a misunderstang of the word Jenta (girl), that Wagner could have heard.  – however but this I have no historical evidence of.