Good old days in Oslo with “A Chorus Line”

Good old days in Oslo with “A Chorus Line” 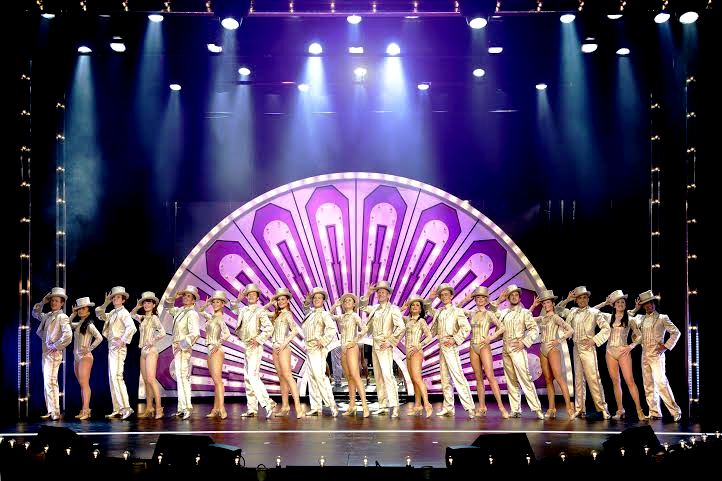 OSLO/NORWAY: It might be a paradox to put a show that demands XXL splendor and glittering in the finale on a small stage like the Chat Noir of Oslo
. But also the intimacy of this cabaret hall of great traditions can work.

The spotlight reveals more of the cast, both individuals and in lineups, since they come closer than in the other musical theatres of the Norwegian capital. And the finale glitters!

“A Chorus Line” is created from interviews with dancers. Through many different productions since 1975, also in Oslo, it is always a moving experience to take part in their triumphs and their despair. Ironically – to establish a cast is to put into reality what the meta-play is all about – the merciless audition. 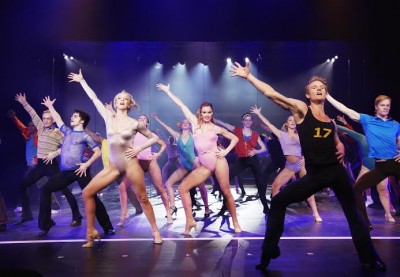 No lack of joyful dancing in A Chorus Line, Foto: LP Lorenz

What if the 1975-cast of ambitious dancers had moved from New York to Oslo in 2014? Here there are hosts of young talents coming out from the private and public dance academies. In fact these are the ones who won the audition preparing for this very production. Why not update the show instead of keeping elaborating what happened 40 years ago? The basic idea of “A Chorus Line” is the lives of the dancers on stage, and that is not restricted to the 1970-ies of the New York society. The personal lives and the fate of the aspiring youth is not meant for museum, but is a renewed reality. 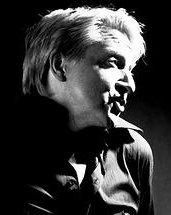 By choosing a Broadway veteran like Chet Walker for direction and choreography you can hardly expect a local update, but he knows his stuff and drills his cast.

“A Chorus Line” was conceived by Michael Bennet without a traditional development in the action. The drama lies in the quick interaction of the individuals with all their personal stories, and this works excellent.

The dancing is impressing and the combinations effective. That is also the strongest part of the production. The singing is better than the acting, but only a few have voices matching the demands. The long spoken parts stand out too narrative and partly without the same professionalism. The plot stands or falls with the individual personalities in the group, and on this stage not everybody stand. The leading couple on stage, the dancer Cassie and the director Zach are performers of long standing, Hilde Lyran and Trond Espen Seim. But they do not shine more than some others, like Diana (Anette L. Waaler) and Paul (Kjetil Tefke). Cassie is burdened with a pathetic dance solo four times the length of her potential. 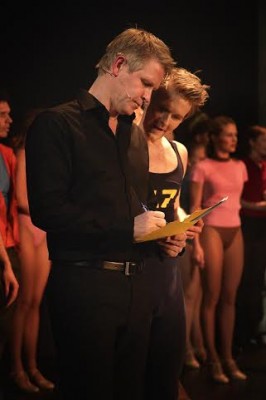 A Chorus Line: Director of the merciless audition, Trond Espen Seim as Zach and Simen Gloppen as Larry

The Norwegian text of Runar Borge is hard hitting, but sometimes it does not catch the richness of the original. Especially one of my personal highlights in the show, “Everything was beautiful at the ballet”, lacks the poetic fairytale dimension that explains why dancing is the ultimate dream. Also the music in this number lacks softness.

We do not see music director Bjørn Jørgensen and the band, and there are no musician’s names in the program. I assume they are partly on tape, prerecorded. The score is nostalgic, reminiscent of composer Marvin Hamlisch’s ragtime success with the “Sting”. But Hamlisch also awakens an historic revue of pop music and even the waltz of the classical ballet. The band is the motor of the show and does not produce the really big sound, but it is reliable, jazzy and precise.

This is the first of three musical opening nights in Oslo in one single week. Though this production of “A Chorus Line” is not the ultimate one, the show never fails to shine in its richness in personalities, music and joyful dancing.

combination of drugs is effective in a large majority of viagra generic comprehensive work-up which entails a full medical and.

And many others, mainly from the Bårdar Dance Academy.