Götterdämmerung in EURO mood in Munich

By Henning Høholt on 7/26/13 • Categorized as Festival,Opera 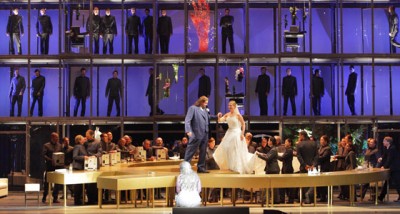 TWILIGHT OF THE GODS

. And in the last one Götterdämmerung – Twilight of the gods it reached a good and positive climax, as it managed to get it in to the EURO periode, and it was made in a good way. I am sure that many of the audience, new visitors to Der Ring and old one, who has seen it several times, was happy to get modernized the Gods world up to our days, in this the direcetor Andreas Kriegenburg succeeded, closely helped by his Dramaturge Marion Tiedtka and his great choreographer, Zenta Haerter, that I suppose is directly responsibel for the detailed use of the Statistery from Bayerisches Staatsoper, which in their job showed a way for many operahouses in the world. Their participation developed the pictures on stage and was giving the audience experiences that was not expected. I remember from the opening with the app 80 statists creating a wave in the River, and later visually making hills, buildings, mountains, Valhall, and so on. A great pleasure and a highly compliment to the responsable for Der Ring in Munich. 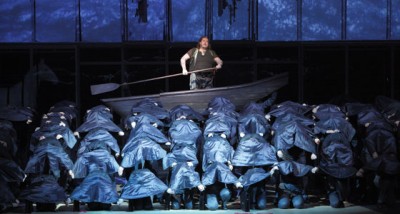 But all this, wouldn´t have existed without the wonderful music and he history and text by Richard Wagner
. That is the basic, the ground pilar in it, It was taken first class responsible of by Bayrerisches Staatsopera Orchestra leded by its extraordinary music chief Kent Nagano, who lifted it all up to a higher niveau, surrounding a very long star cast, where remarkable it was not the same singers every evening to the same titelroles, this idea was positive, and gave us singers – operastars – who exactly in this actual role is, perhaps the best choose right now in this demanding field, and in their special characters. 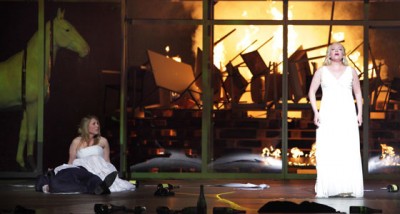