It seems that the exhibition is popular, as it is now prolongated with one month. Which does so that all the people from a broad who are visiting Paris for Christmas shopping also will get the possibility to attend this extraordinary exhibition.

The Arts Décoratifs Museum in Paris, has given ‘carte blanche’ to one of the most innovative and creative fashion designers of our time: Hussein Chalayan.
Born in Nicosia in 1970, he moved to London as a child traveling back and forth between Cyprus and England until he went to university. He earned his degree from Central Saint Martins College in 1993. 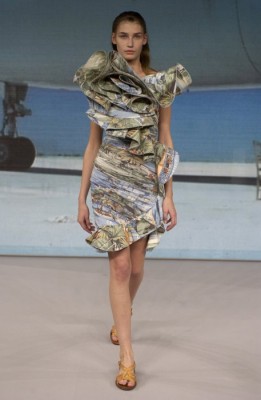 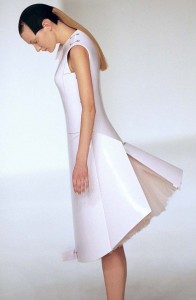 Following his own unique approach to design for seventeen years, he stands on the frontier of fashion, architecture and design
. His work is characterized by an intellectual rigor and a quest for technical perfection that often defies fashion stereotypes. Chalayan stood out from the start of his career through his highly inventive exploration of various mediums, including sculpture, furniture, video and special effects, which he uses in his fashion shows, drawing inspiration directly from the political, social and economic realities of his era

.
The exhibition showcases this rich, complex world, in which clothing, installations, fashion shows, projections and research are shown by side to illustrate Chalayan’s distinctive process.