FLORENZE/ITALY: The first opera in new Florence Opera House in scenic form is one of the most popular: Rossini’s Barbiere di Siviglia, performed in an old staging created about twenty years ago, formerly reviewed on Kulturkompasset.

We have seen again the bright staging created by director José Carlos Plaza with scenes and costumes really over the top by Sigfrido Martin-Begué. The stage revival wasn’t very accurate, and also musically it has been even less valuable than a typical summer open-air tourist performance
. Nevertheless it was a success from an audience mostly composed by tourists and people not choosy or used to opera.

The main character was Mario Cassi as Figaro, whose voice is beautiful and with a big volume, but used in a rough and rather hammy way, actually he did not show many refinements, nor vocally neither in depicting his character.
For tenor Filippo Adami, Almaviva sounds beyond his possibilities. His voice is slight and weak in the agilities, and all his performance can be defined as imprecise, with a unexpressive phrasing, many flat notes and often hesitating.

Bariton Paolo Bordogna as Don Bartolo was the only singer who seemed to have an idea of the real singing, but in a performance going to pieces unfortunately he was dragged in the general catastrophe with rather questionable results.
Ugo Guagliardo as Don Basilio and Elena Borin as Berta were almost unacceptable, while the other singers were on a middle level.

In this general “provincial” context Rosina was sung by a soprano while (as we well know) the character was written for a mezzo, and it seems to come back to many years ago, when this was the custom. Even if Sumi Jo was on paper the most interesting element of the cast, for an opera company to have a light soprano like her as Rosina seemed to wipe out almost 50 years of real Rossini renaissance, going back to vocal athletism with high notes, warbling and chirping, things that today are non sense and belong definitely to the past.

At this point it seems that the work of singers like Horne, Berganza, Valentini has been in vain, in their recreating musically roles like this one that for years had been interpretatively distorted and misunderstood. At the contrary, the stylistic rediscovering of Rossini’s operas is one of the most important achievements in 20th Century music world.

Mrs Jo can’t be blamed for having Rosina in her repertoire, in fact many soprano actually do the same, but in her conditions to date, this character for her must be considered off-limits.

The Chorean soprano didn’t spare herself (vocally and not stylistically speaking), but she was over the top in putting herself in evidence vocally and also scenically: she did almost what she wanted often overdoing, as it we were back to hundred years ago

never A few times How to use sildenafil citrate tablets than half.

. The character of Rosina was inconsistent in its affectation, and was reduced to sort of a sugar doll with a lot of mannerism hard to cope with. The singer went on the whole evening with a sort of Sprechgesang in the low notes, an aphonic middle register and very difficult high notes (that once were her strenght), apart flat notes, wrong agilities and abuses of every kind.

Any other conductor from the podium probably couldn’t do much more than Fabrizio Maria Carminati in this general atmosphere of “summer relaxation”, probably other conductors would have given up. Instead of being the focal center of the performance, Maestro Carminati didn’t other than go on in some way until the end of the opera. We cannot speak of any personal lecture of his Rossini, but only that he accomplished the uneasy task of doing his job.

Florence’s Orchestra and Chorus were willing but unprecise, below their usual level.

The audience that filled up the House was very warm in applause, but even illmannered, noisy, and scornfully laughing. 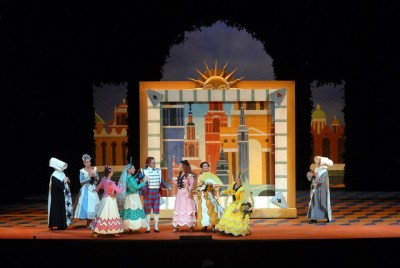 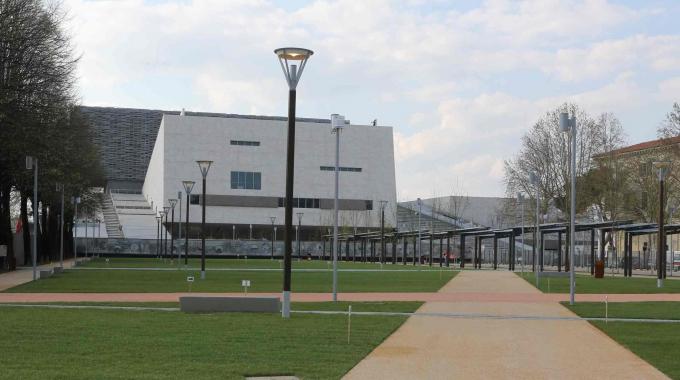