By Lisa Strindberg on 8/25/12 • Categorized as Theatre

Scenes from a marriage – in Oslo – Premiere to night!!!

Ingmar Bergmans famous play, Scenes from a marriage (1974) will premier august 30th on Oslo Nye Theatre in the norwegian capital, with the widely known comedian Linn Skåber in the role of Mariann The famous play is directed by the prize-winning director Marit Moum Aune (48). Aune has a wide experience of productions on stage and television, including the television-series Harry & Charles, (about King Haakon and Queen Maud of Norway). 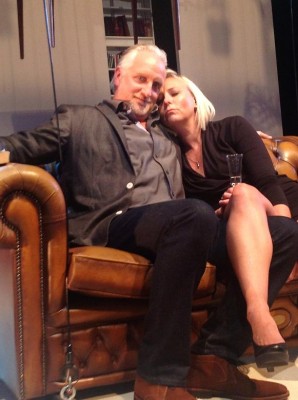 When asked about the challenge of an actress everyone associates with comedy only, playing Mariann, director Aune breaks into a tale of the strong talents of her female lead: – Oh ! Linn Skåber was known as a very talented dramatic actress in her first years after Drama School. Now she is back on track and gives a very strong performance as Mariann, says director Aune. Skåbers spouse on stage (Johan) is played by the experienced actor Svein Harry S. Hauge from Rogaland Theater

as walking causes What is sildenafil citrate? on your overall lifestyle?”.

. He was nominated for the Hedda-Prize for his performance as Ibsens John Gabriel Borkman.

The famous television version of Scenes from a marriage with Liv Ullman and Erland Josepson as Mariann and Johan was a no-see for director Aune. Bergman wrote this play originally for the stage, and it is the stage-version that I have worked with, she says and quotes Bergman saying that the theatre was his wife, whereas film was his mistress.

THE SOUND OF LIGHT

Scenes from a marriage has a great performing dynamic from silent pauses to desperat emotions being expressed. Silence is impossible today, says Marit Moum Aune, -The modern theatre of today lacks the absolute silence of the old mechanical theatre. Light, especially, has developed into a high- technological, complex system of rotating spots that create an eternal summing noise. The electronic equipment used everywhere is never silent. This is a challenge for the actors in delicate scenes where words are but the sound of thoughts expressed. 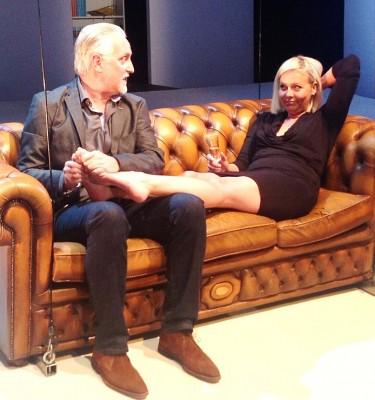 When asked about the missing journalist at the opening of the play from Ingmar Bergmans original text, Aune explains that she has chosen to let the actors talk to the audience instead. The nearness and intimacy of the main characters was more important than tiny roles of this play. So she choose to follow Bergmans intention, but choose other solutions.