In Lukás Timulak Masculine/ Feminine started wit a very minimalistic room probobly in a flat. Two doors, one in each side of the room, something looking like a komode and a picture, all in white
.  An informative (and humoristic) text through the laughtspeakers, by Peter Bilak, told by the voice Harvey Gold, are telling about the life and understanding about and between the the male sex and the female sex, short, entertaining with many humoristic and clear points, which ammuses the audience, this text is then being shown in praxis by the dancers on stage, one or two, or three together. A creative choreography is the basic, and in the pas de deux, it is not so importent who is playing what sex, during the way we enjoyed elegant characters with  drag parodic touch. The text help us to understand the dance and the mimic. Peter Bilak has put a lot of verbal “music” in to the text. All this was danced of eight young very well trained dancers, the female, but not always feminine Myrthe van Opstal, Astrid Boons, Meng-Ke Wu, Sarah Murphy. The male, but not allways the masculine, David Ledger, Chuck Jones, Marne van Opstal, Spenser Theberge.Musc by Herbie Flowers & Barry Morgan. Masakazu Ito Scent of melodies from Intimate Guitar.

Lukás Timulaks demanding and not easy choreography, rehearsed by Urtzi Aranburu. is fluiding well. Good mimic details and the dancers forming of their roles are importent, and sometimes closely following up the text presented befoore each of the parts. Amusing and entertaining, and giving each of the dancers great possibilities to show them self and how good they are in their job on stage.

This time was it in Jiri Kylián´s Sleepless presenting a danced history without real history. It opens and closes with a girl coming in through a door, that we only see as a shadow, but she is on stage. The back wall is made of 8 laarge pieces of elastic material, where it is possible to jump in and out between the pieces of material. This is being used well by the six dancers, and ar egiving good effects. Inside in this non story, story are three big pas de deux, one by each of the three couples of dancers, Myrthe van Opstal and Quentin Roger. Sarah Murphy and Marne van Opstal. Chloé Albaret og Fernando Troya. It continues with  more mouvements in the same typical Jiri Kylian dance style. As the title Sleepless, I was catching my self in having my thoughts in other places, and that was because, in this only the back wall was new for me, and I lost the concentration.

Sleepless is a creation for six dancers by Jiri Kylián, who has said of his work: “Moving—and being moved. Motion—and emotion
. I have a fundamental interest in movement in space, between objects, and movement of the soul

. The nature of moving is such that if you move towards something, you automatically move away from something else. Are we really clear in our intentions? Are we really sure that we want to move towards or away from…? I find this an interesting question, which, inevitably, has a great influence on our existence, our intentions and our passing through life. This rather simple yet very complex philosophy has been, is, and will always be, my closest companion.”

The music is by Dirk Haubrich based on Wolfgang Amadeus Mozart´Adagio in c-minor, KV 617 based. The music by Mozart is composed for a blind girl, who was a virtuosity on the glass harmonica, and to this performance played on a glass harmonika, and then added some music and sound effects around it.

The delicious costymes, daily wear jeans for the boys and tricot for the girls in  matching colours for each couple was taken care of by Joke Visser. Light design: Kees Tjebbes, and realisation of the choreography by Gerald Tibbs & Urtzi Aranburu.

CACTI: Last but absolutely not least Alexander Ekman´wonderful Cacti. Entertaining, amusing, inspiring and refreshing, this is, for me , that kind of contemporary dance performance, – to classical music, played by an acting and participating string quartet on stage.  If Alexander Ekman continues in this style, and if somebody should ask me: Would you like to see a danceproduction by Alexander Ekman? The answer will come very fast: Yes, Please.

He started the “show” with 15 dancers each on their kvadratic stage of different height. First they are looking asiatic in the style body coloured tops and nickers, and a black calot/hat, and asiatic dance style, but with entertaining, creative and amusing details, socalled slash dance, which tells a lot about Alexander Ekmans choreographic fantasy, including the use of the podies as scenographic elements, by moving them. Then the costume outlook changes, by removing the nickers and then with bodycoloured boxer shorts and without the calots. Then they introduced the Cactus in to the stage, one for each of the now 16 dancers, again with humoristic details, and now having build up the podiums to a wall composition. It was all introduced by a hysteric dramatice read text, who placed us in the upper class English milieu, looking down on what was going on at the stage.

In the midle a funny pas de deux, accompanied by an amusing text by Spenser Theberge, telling what the dancers could have been speking about, but here the dancers are moving like they are telling text by them self.  Ending up with a cactus parade. 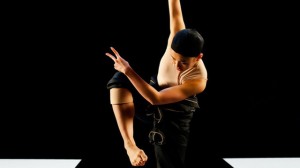 The wellworking scenografi and costumes are by the choreographer Alexander Ekman. Lightdesign again by Tom Visser.

Music to this was partly performed live as “slash music” by a string quartet Tinta Smidt von Altenstadt, Arnieke Ehrlich, David Marks and Artur Trajko. Which not only played, but also was importent for the accentual part spesialle in the firts “asiatic” part.  Composers: Joseph Haydn, Ludwig van Beethoven, Franz Schubert.

A success for Nederlands Dans Theater 2 in Oslo.

The repertoire of Nederlands Dans Theater II is quite varied, working with established choreographers such as Jirí Kylián, Hans van Manen, Ohad Naharin, Paul Lightfoot/Sol León and Johan Inger, but also–more importantly–working with young and upcoming choreographers.
Over the past few years, Nederlands Dans Theater II has developed into a company of today. Working closely with young choreographers, and confronted by different choreographic styles and techniques, has given these young dancers the opportunity to react closely to contemporary developments in music and art of the 1990’s. These talented young dancers are able to mirror the realities of today and incorporate these elements into new productions as a kind of Zeitgeist of the 21st century. Nederlands Dans Theater II especially aims to interest and excite young audiences for today’s dance.