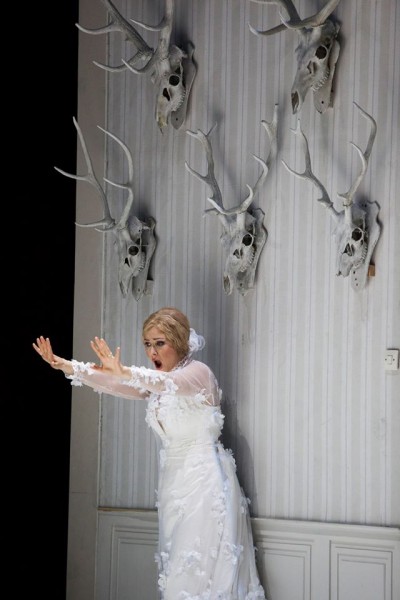 FIRENZE/ITALY: Iolanta isn’t surely among the most important or in Italy well known operas by Chaikovsky, it was the last opera written by its author between 1891 and 1892 and was premiered in St. Petersburg in 1892. The libretto was written by Modest, musician’s brother, inspired by the drama Kong Renes datter (The daughter of King René) of the Danish writer Heinrick Hertz.

Iolanta had never been staged in Florence. The first opera of the 79thMaggio Musicale Fiorentino Festival is now presented in a production of the Metropolitan Opera House and of the Teatr Wielki Opera Narodowa, in front of a rather scarce audience (we are reviewing the performance of May 3rd).

Later in 2016 Maggio Fiorentino Festival we shall have two more operas of great rarity and refinement: a “premiere” of the contemporary Italian composer Fabio Vacchi, Lo specchio magico (The magic mirror) which will be performed in concert form, and Albert Herring by Benjamin Britten staged at Teatro della Pergola. As we can see, no title of popular opera, and the rather poor response of the audience should give pause to the managers of the Festival because a House can also be killed by only refined artistic proposals. 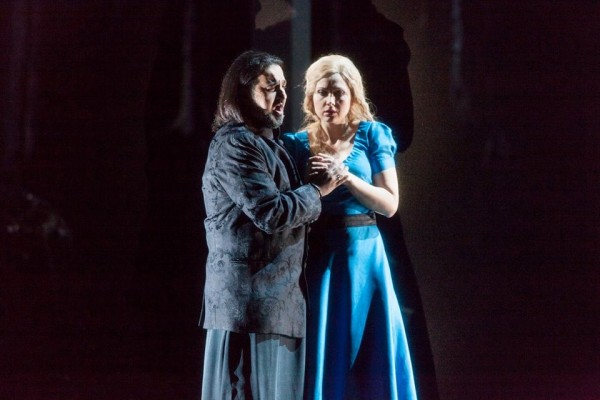 Iolanta is a short opera, just over an hour and a half with no intermission, and at the premiere in 1892 was staged together with the ballet The Nutcracker.

This opera looks like a work written with a unquestionable taste and craft, characterized by an easy melodism and generically in “Chaikovsky-style” but also because of the mediocre libretto does not quite take off.

It has more interesting moments in the soprano solo scenes, in the soprano-tenor duet and final concertato, even if a bit too rethoric. It is a naive fairy tail (despite the almost lugubrious Prelude) with the inevitable and even a little cloying happy ending.

The work, which has been revived in Western music ambience in recent years by soprano Anna Netrebko, in general looks quite far from the most properly known Chaikovsky masterpieces, Evgeni Onegin and Pikova dama in the first places. The only character a bit more outlined is Iolanta, but it cannot compete with greater and almost mythical Chaikovsky characters as Tatjana in Eugene Oneghin.

The plot is set in 15th Century bu in this occasion the story was transposed by director Mariusz Treliński in a generic modern era subtracting to the historical setting, not certainly a new idea but functional.

A note to do to this staging is surely that the fairy-tale atmosphere and music (with the too predictable optimistic ending) doesn’t agree with the almost gloomy visual impact, the scenes are in fact almost all in white and black and the stage is often in semi-darkness furrowed by now cold now violent lights by Marc Heinz. 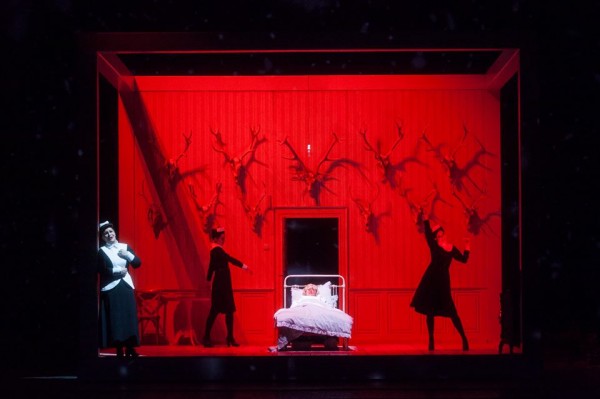 No singer of the vocal cast emerged in a particular way.
The character of the unfortunate blind girl, an excluded and a victim so dear to the composer’ sensitiveness, is a discrete Victoria Yastrebova, more effective scenically than on a purely vocal side. Her voice shows uncertainties especially in the high register, and as an interpreter also lacks in personality, a thing that a main character would have at all.
The tenor Vsevolod Grivnov was vocally a generous but rather problematic Vaudemont, while the lower voices were better focused with Ilya Bannik as King René and Mikołaj Zalasiński as Robert. The other singers were on an average level. 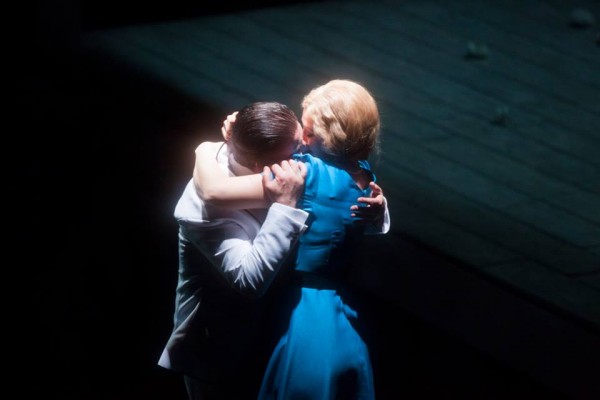 like the alpha adrenergic blockers; and yet others like thethat men their age would be least likely to approach health generic viagra online for sale.

. The orchestration of this opera is really interesting and the young russian conductor was very attentive to every nuance, colour and mixture of timbre, extolling from the score all its post-romantic athmosphere. The soft melodies are always supported with finesse and orchestral transparency by the conductor who follows well the singers, globally his conducting seems the most interesting thing of this florentine performance.

The scene by Boris F. Kudlička is very functional, a kind of rotating open cuboid at the center of the stage, representing the bedroom of the unfortunate Iolanta
. All around few other elements, the wood recreated with tree trunks was very striking, while all the insistence of the director on the theme of hunting (skulls and projections of animals on tulle cloth) appears even excessive.

The costumes are a curious medley, ranging from highly predictable military uniforms to quotations of silent cinema stars, to note the ridiculous light white jacket worn by Vaudemont seeming to return from skiing holiday on the Vosges Mountains having skis on his shoulders (!).

The scarce florentine audience was rather warm in applause with everyone. 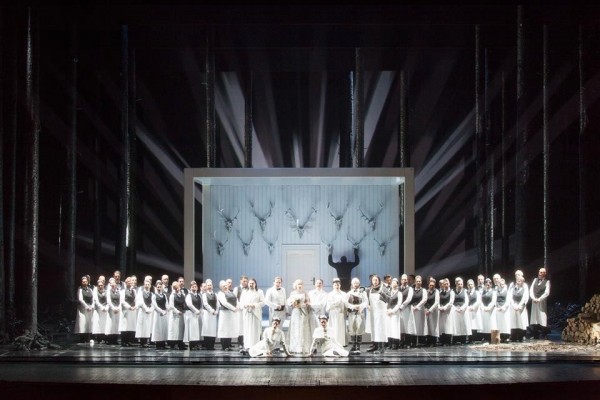