By Henning Høholt on 4/10/17 • Categorized as Classical music,Opera

OSLO/NORWAY: The world famouse tenor Joseph Calleja filled up the beautiful opera house in Bjørvika in Oslo lat Sunday evening, with a program of famouse opera arias and songs from the famouse tenor repertoire, well known for many of the audience. Accompanied at the grand piano by Frédéric Chasun. Hardly any other tenors who sing 17 numbers one after another as he did! 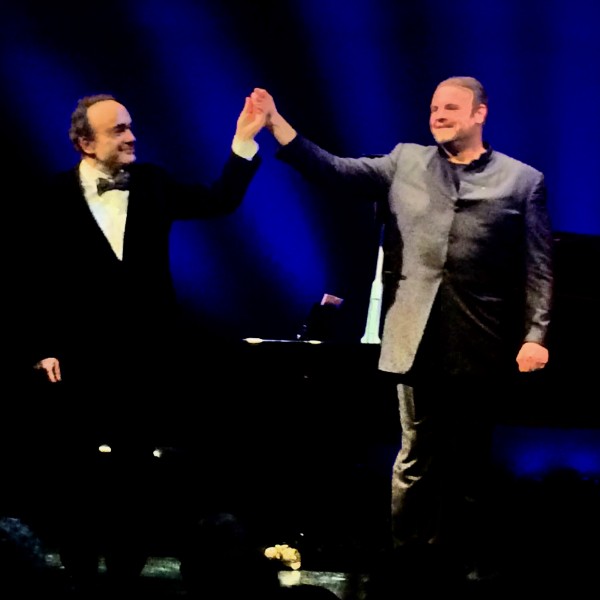 Very high quality, excellent. Perhaps the audience has expected more in first part, as the short opening section with 5 operaarias was only 24 minutes. As well as very short second part app 20 minutes with 6 highlights. But he saved it by the generous extra numbers, where he kept the quality at the same high level.

After the concert I was told, that He was a little upset, came on, that he had forgotten the last Encore.

J.Massenet: Pourquoi me Réveiller, from Werther

If I were a Rich Man (from Fiddler on the Roof)