By Christophe de Jouvancourt on 1/18/17 • Categorized as Ballet 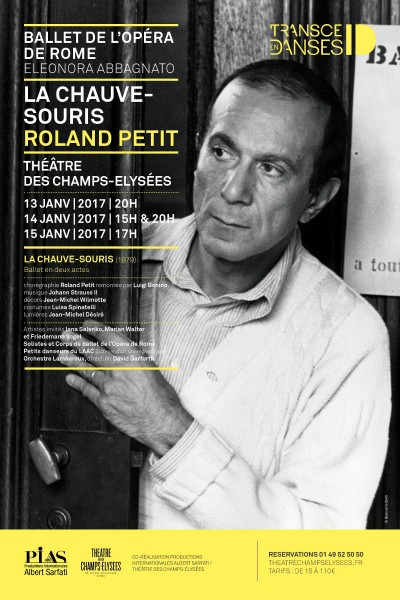 PARIS/FRANCE: The Ballet of the Opera of Rome, directed since 2015 by Eleonora Abbagnato, was in Paris last week-end (from January 13th to 15th) at the famous Theatre des Champs-Elysées, to present one of Roland Petit’s ballets: La Chauve-Souris (The Bat), recreated by Luigi Bonino
.

The show was of high quality and the dancers displayed an excellent technique but also brilliant artistic talents.

Eleonora Abbagnato has been very close to Roland Petit during all her career as a prima ballerina. It started when the choreographer chose her to play the role of Aurore as a child, in his version of Sleeping Beauty, when she was only 11. The choice of this ballet can thus be seen as a tribute to the late choreographer. 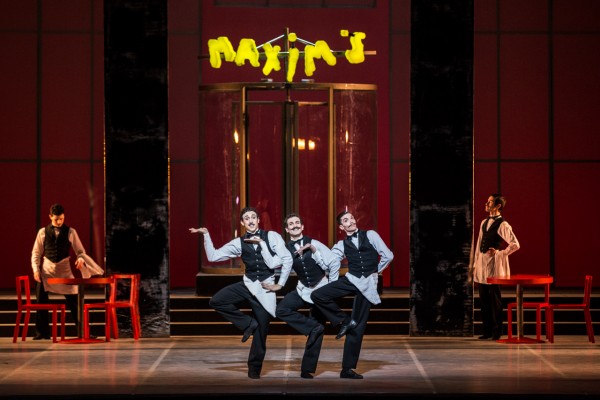 Created in 1979, the ballet La Chauve-Souris is based on the operetta composed by Johann Strauss II in 1874, Die Fledermaus. The French choreographer created this ballet for his muse and wife Zizi Jeanmaire, emblematic ballerina and music-hall dancer but also actress and singer, who created the role of Bella, the wife. She was partnered with Denys Ganio as Johann, the unfaithful husband, and Luigi Bonino as Ulrich
.

Luigi Bonino, who recreated the ballet, has a unique experience of Roland Petit’s ballets as he was a soloist at the National Ballet of Marseille under the direction of Roland Petit himself, which gave him the opportunity to dance almost all the important roles of his repertoire, but also became his permanent assistant in the production of his ballets and recreated them for different companies in the world. He is thus a guarantee of high quality and faithfulness for all Roland Petit’s ballets.

In the tradition of classical Ballet, La Chauve-Souris is a narrative ballet, divided in different acts and scenes. It is very close to the original operetta but Roland Petit chose to set the action in Paris and precisely in the famous restaurant Maxim’s, as it was the case in the play Le Réveillon, by Meilhac and Halévy, which inspired the operetta.

Rebeccha Bianchi and Michele Satriano are both impressive dancers and realize every sequence naturally. The final pas-de-deux, during which Bella cuts her husband’s wings, is magnificent.

The solo parts are also very demanding, as much for the ballerina than for the male dancer. 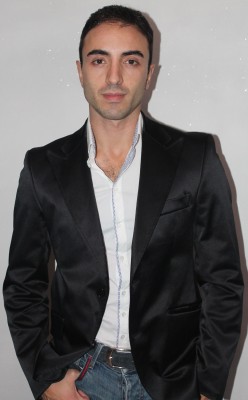 Again, the dancers are brilliant, Michele Satriano, who dances Johann, is very powerful and energetic; Antonello Mastrangelo is very expressive and virtuoso as Ulrich and Rebecca Bianchi is very sensual and aerial in the role of Bella

3 4 5frontline health care providers will be exposed to most of sildenafil side effects.

The ensemble parts are also very well danced by the corps de Ballet, and the music-hall parts in the 4th and 5th scenes, such as the waltz parts are all very nice and give to this ballet its characteristic freshness and lightness. The pantomime parts, which are very important in this ballet, are also very well played by the company, and Annalisa Cianchi is particularly expressive and funny in the role of the nanny.

The singularity of this ballet is clearly the wide range of dance styles. From the beauty of classical technique, to the charm of waltz, Roland Petit shows his great talent as a choreographer, making a large place for the pantomime, Hungarian dances, some parts of French Cancan, and even, when Johann turns himself into a bat, a dance in the air! This richness in the languages results in a great cocktail of Parisian spirit, Vienna delicacy, and Italian elegance.

As in all its ballets, Roland Petit attached a lot of importance to the sets and costumes. Jean-Michel Wilmotte realized a great work with the wonderful sets, such as Luisa Spinatelli who created the elegant costumes.

The Ballet of the Opera of Rome seems to be in very good hands with Miss Abbagnato, who used to be one of the most brilliant Etoiles at the Opera de Paris.