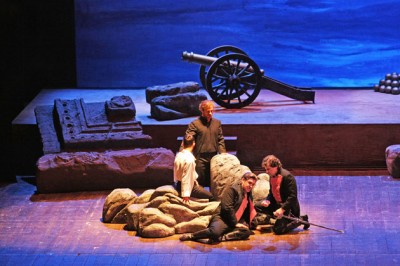 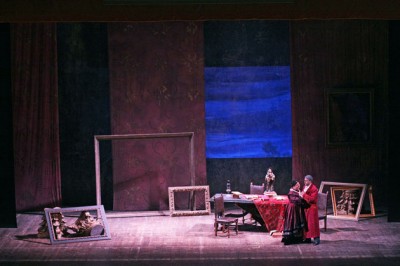 PISA: The Teatro Verdi of Pisa opens the new season in this celebrative year with one of Verdi’s most loved works, La forza del destino (The Force of Destiny), with the first performance on October 11th, just a day after Verdi’s birthday: actually he was born in 1813 October 10th, two hundred years before.

–
This opera was performed for the first time in Saint Petersburg in 1862, then it was considerably modified by Verdi himself to its definite form, that was premiered in Milan, Teatro alla Scala, in 1869
. This opera is unusual, complex, a real “unicum” in Verdi’s production, that also from the first listening seems very fragmentary, unequal and dispersive, with sublime moments alternating with some almost embarassing ones, and a plot that is one of the most absurd in the whole history of opera. The plot touches so many different themes that La forza del destino results one of the most articulated and difficult operas to stage. 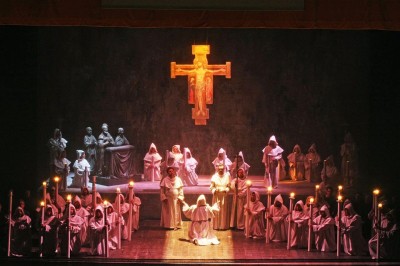 –
Young conductor Valerio Galli is very attentive both to orchestra and stage. He finds beautiful colours and points out the interesting instrumental solos of the score. The Symphony was a bit too much aloud, but concertatos were blazing, and he had a sure hand in holding the orchestra, showing theatrical pace and many refinements. He is able to hold together the various scenes of the opera, avoiding the risk of the extreme fragmentariety which this multifaceted opera has in itself with so many little scenes.

I think that Valerio Galli feels much with Verdi’s music and this has been a good test for this young conductor that I already saw in Puccini’s operas (and reviewed for Kulturkompasset), another composer whose musicality he understands very well. All in all, a very good test for the young Italian conductor. 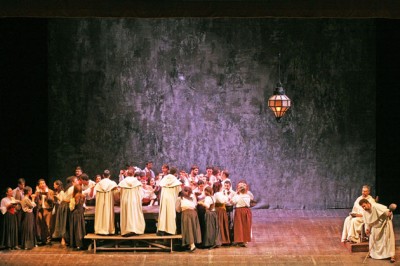 To produce such a complex opera has been a really difficult task for a small House like Pisa’s Teatro Verdi. So probably the choice of the cast was constrainted because of the limitated budget, and all the performance seems to be created “around” Greek soprano Dimitra Theodossiou.

Dimitra Theodossiou is a one of a kind singer, she is able to perform great refinements and embarassing moments in the same evening, and specially in this repertoire, with a role probably too hard for her vocal possibilities. She has vocal problems but it seems she is not able to solve them, at the contrary they become more evident. Her voice shines at its best in the midrange, even if it’s not as brilliant as it used to be, as well as her phrasing is less convincing. In upper register her chronic problems persist, many notes are shouted and the intonation is not always faultless. In the lower notes her voice is vanishing. Anyway, Mrs. Theodossiou still has her vocal authority, and thanks also to her experience on stage depicts a convincing Leonora, apart some self-celebratory moments here and there to please the audience. We must report that she gave en encore of Pace mio Dio. 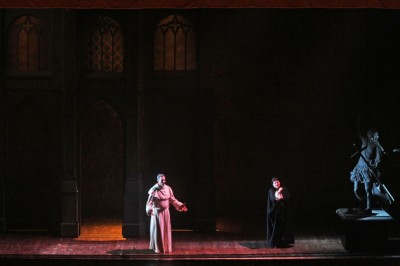 –
Finally we must speak unfortunatelly about the other singers. Tenor Zoran Todorovich shows a coarse tenor voice in Verismo-style, with great problems in the passaggio and in the intonation, and a careless phrasing. He sings always loud and when he tries to lighten his volume, an unpleasant falsetto comes out. His Don Alvaro was really monotonous such as a summer Arena tenor: a big vocal volume, but sullen and shout.

–
Don Carlo di Vargas was Luca Grassi, with his voice all in his throat and unconstant in his rendition, but in the whole not among the worst on stage.
Dario Russo as Padre Guardiano was rather indolent, while Carlo Lepore as Melitone was vocally very credible as scenically. Maybe he was not too refined, but this is really easy to indulge in histrionics with this extraordinary Verdi’s character.
Claudia Marchi was a rather functional Preziosilla, with a few vocal problems. Sufficient was Emanuele Cordaro as Marchese di Calatrava, on an average level the other singers.

–
The staging of Renato Bonajuto moves the plot, as it’s usual now, to an era very near to the composition of this opera, about in the middle 19th Century. The scenes were essential (almost poor) by Elena Bianchini and Maria Rossi Franchi, and let think almost to a mix of Carmen (the scene in the tavern reminds to Lilas Pastia) or Tosca (the statue of a Saint seeming Castel Sant’Angelo’s Angel)

• After initial follow-up ED assessments can be conducted as routine checks fordifficult Not difficult viagra.

. Then there are old things piled up, like the poor picture-frames in the first act (conceptually such as in Luca Ronconi’s stagings), or ensembles reminding to Italian 19th Century paintings. Apart this scenic elements, libretto was almost interely respected.
The acting seemed entrusted the personal initiative of the singers; the impression for the mass scene is that they have been staged too carelessly, and the little coreographies were rather ingenuous. The costume were of average level, instead the light design by Michele Della Mea was very evocative.

–
Orchestra della Toscana played really well both as ensemble both in the individual parts. Coro Lirico Conca d’Oro was willing.
The succes was warm from the public that filled out the House, what was really important and pleasant.