La Sylphide by Bournonville and En Sol by Robbins in Nice 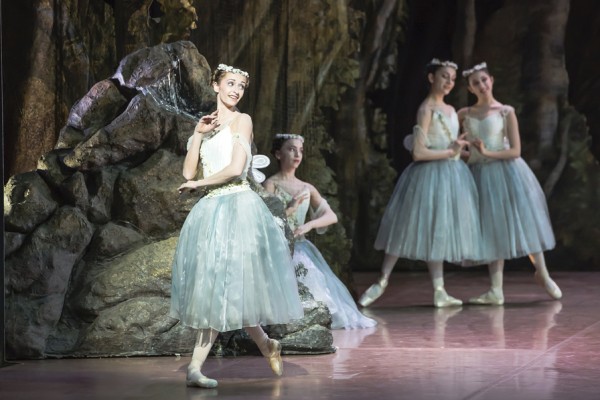 NICE/FRANCE: Two female nestors from the international ballet world, Ghislaine Thesmar and Dinna Bjørn met in Nice for premieres of each of theirs two ballets. “En Sol” (In G-major) and “La Sylphide”. 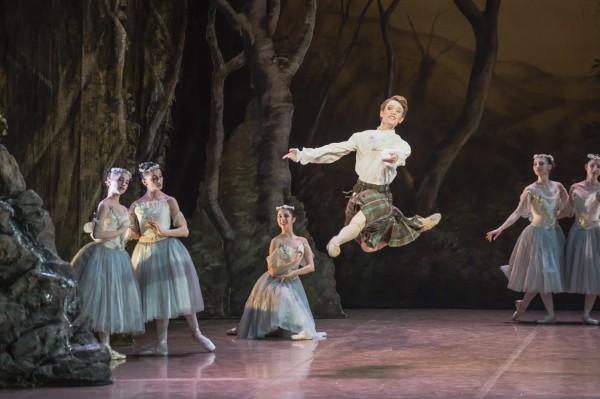 Théodore Nelson as James in one of his great Bournonville jumps. Surrounded by Sylphides from Ballet Nice  Mediteranée.
Photo Dominique Jaussein

Ghislaine Thesmar for giving the final touch to Jerome Robbins brilliant, fresh Mediteranean Sea inspired ballet “En Sol” (In G-major) and Dinna Bjørn for staging her version of August Bournonville‘s “La Sylphide”. The both ballets became a big succes for the small compani, Ballet Nice Mediterranee. For La Sylphide the company was enlarged with many extra female dancers to fill up all the Sylphide roles. 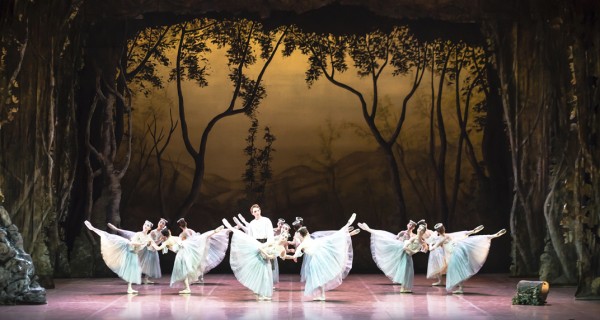 Still a small company, in fact only 26 dancers, it had many brilliant stars, and for La Sylphide three strong different casts in all the leading roles.

The first evening was the debut in such a demanding leading role for Théodore Nelson (21 years old) as James, as it needs a dancer who can both perform the innocense, play the thatrical parts, and also be the leading male soloists in the difficult Bournonville choreography.

It became an excellent performance, with many importent details on place, the jumps directly to the audience with the arms in the correct forms, so I had the feeling that I was watching The Royal Danish Ballet at the Royal Theatre in Copenhagen, who is the ballet company with the highest competance and expertice in the Borunonville style.

Gaëla Pujol was a beautiful, estethic La Sylphide, a role she manged with beauty, brilliance, virtuocity and the extra playfullness that this role needs. A great evening for this wonderful ballerina. As Gurn we enjoyed Cesar Rubio Sancho. Effie the bride, who is supposed to be married to James,  but ending up marrying Gurn, Marie-Astrid Casinelli, did a really good job,  and as the little girl, Mélodie Simana, at our evening were enchanting.

In the dances celebrating the coming wedding i noticed many good details, and very good lines in the parts for all the company. It gave the right atmosphaere, and we could understand that it would have been a great wedding party, if not La Sylphide has appeared and spoiled it all. 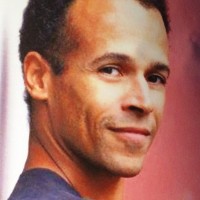 Eric Vu -An was strong, centrally and demanding as Old Madge, a village sorceress, the demanding “witch” role, with a lot of mimic details, who reached all the audience in the theatre. 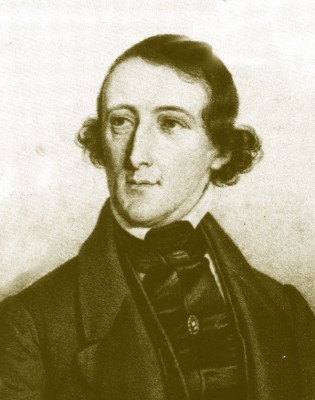 The Sylphides did a very beautiful job in their great part in the second act. Also they withh very good lines.

With Dinna Bjørn staging hers, – perhaps -, most beloved ballet, the company is coming as close to the original Bournonville source as possible in the balletworld to day, as ms. Bjørn has this ballet in her heart from her own cooperation with some of the leading danish experts in the Bournonville tradition,  Hans Brenå and Hans Bech, but first of all her father Niels Bjørn Larsen, who performed the role as Madge (The Witch) until he was 82 years old.

In Nice the ballet chief him self, Eric Vu-An, former star at the ballet of the Paris Opera Ballet, is taking well care of the importent “Witch” role – Madge. In fact he has performed this role earlier in Paris, but in the French version by Pierre Lacotte, the husband of Ghislaine Thesmar. In fact this French version is the one who is wellknown in France.

In the 1972, revival of the Taglioni version was staged by Pierre Lacotte for the Paris OPera Ballet. Since Taglioni’s choreography has been irretrievably lost, Lacotte’s choreography is based on prints, notes, drawings, and archival materials from the era of the ballet’s premiere.

Lacotte‘s choreography is in the style of the period but entirely new and has been criticised as inauthentic. Interpreters of the role of Lacotte’s version at the Opera National de Paris include Ghislaine Thesmar (Lacotte’s wife) and Aurelie Dupont. Both artists have recorded their work on DVD and video.

However it is interesting that between these two versions, also Marius Petipa in 1892, mounted a revival of Taglioni’s original La Sylphide for the Imperial Ballet, with additional music by Riccardo Drigo. Still today a variation Drigo composed for the ballerina Varvara Nikitina in Petipa’s version is the traditional solo danced by the lead ballerina of the famous Paquita Grand Pas Classique, interpolated by Anna Pavlova in 1904.

La Sylphide is a romantic ballet in two acts. There were two versions of the ballet; the original one choreographed by Filippo Taglioni, and music by Jean-Madeleine Schneitzhoeffer in 1832, which featured Marie Taglioni. And the today famouse version choreographed by August Bournonville in 1836. Bournonville’s is the only version known to have survived and thus is one of the world’s oldest surviving ballets.

In fact the Danisj ballet master August Bournonville had intended to present a revival of Taglioni’s original version in Copenhagen with the Royal Danish Ballet, but the Paris Opera demanded too high a price for Schneitzhoeffer’s score. 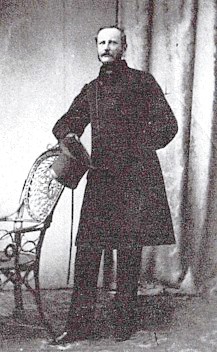 In the end, Bournonville mounted his own production of La Sylphide based on the original libretto, with music by Herman Severin Løvenskiold. The premiere took place on November 28, 1836, with the prodigy Lucile Grahn and Bournonville, him self, in the principal roles. In some parts it is at the same high inspiring dance level as some of Ludwig Minkus ballet music.

The Bournonville version has been danced in its original form by the Royal Danish Ballet ever since its creation and remains one of Bournonville’s most celebrated works.

Dinna Bjørn has through six weeks given the Ballet Nice Méditerrainée company a real insporation, and they managed to do the demanding Bournonvill a real basic to manage the demanding chioreography very well.

The instructing team led by Dinna Bjørn has done a good job during the 6 weeks of preparation in Nice.

By presenting Bournonvilles La Sylphide in Nice, in fact the French ballet world is opening up for a renewed periode for La Sylphide, but through Dinna Bjørn close to the original source by August Bournonville.

Herman S
. Løvenskjolds well functioning music sounded great with the Nice Opera Orchestra, very well played and conducted by .. who knows it very well, and even has been recording it some years ago, as I have been told.

He was the son of Eggert Christopher Løvenskiold (1788–1861), director Ulefos Jernværk. In 1829, his family moved to Denmark. He was trained in music by composer Peter Casper Krossing. He also went abroad where he studied in Vienna, Leipzig and St. Petersburg.

Following his return to Denmark, he composed music for a number of dramatic works at the Royal Danish Theatre, most noted for his score for August Bournonville´s 1836 version of the ballet La Sylphide for the Royal Danish Ballet. 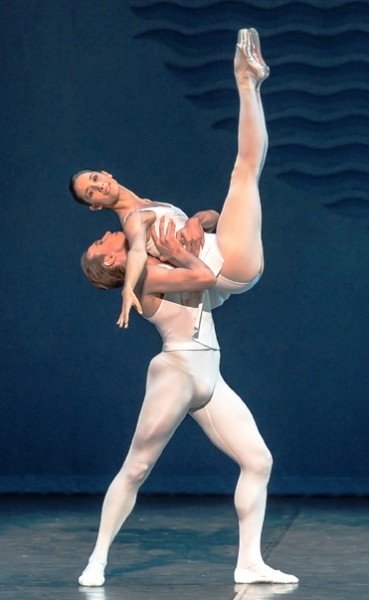 A higlight this evening

. that Ghislaine Thesmar, the former star at the Paris Opera Ballet, has come down from Paris for the last rehersal week to see that it all is according to the wishes from the choreographer Jerome Robbins.

In G Major is a ballet made for New York City Ballet´s Ravel Festival by balletmaster Jerome Robins to the composer´s Piano Concerto in G Major (1928–31). The premiere took place May 15, 1975, at the New York State Theater, Lincoln Center, with lighting by Mark Stanley. The Paris Opera Ballet commissioned scenery and costumes by Erté when it staged Robbins’ ballet under the name En Sol, decor which has subsequently been borrowed by City Ballet. Ravel composed the concerto after travelling in the United States and is reported to have described the work as “… written in very much the same spirit as those of Mozart and Saint-Saëns,” and said that “it uses certain effects borrowed from jazz, but only in moderation”. 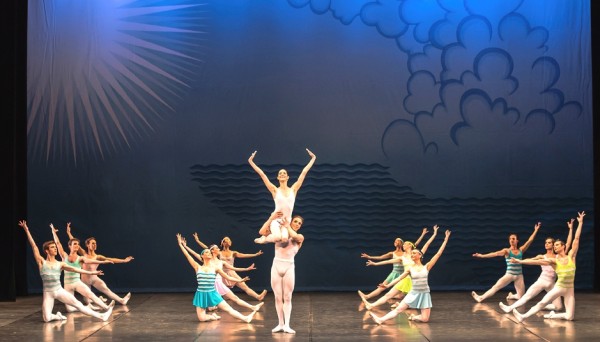 With the participation of Eric Vu-An