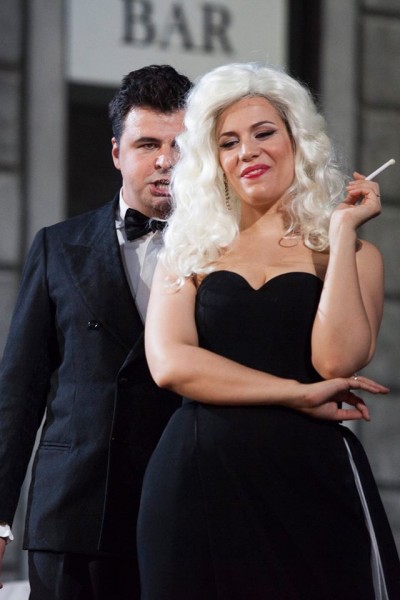 Lippi and Dotto as Alfredo and Violetta in La Traviata in Firenze.

FIRENZE/ITALY: In the splendid setting of Palazzo Pitti Courtyard in Florence we saw an interesting performance of La Traviata by Giuseppe Verdi, an abused opera but in this occasion showing on stage some interesting ideas.

Unfortunately the performance is in a “summer season” in front of a tiny audience and not in a “normal” season of Florentine House.

We start from the main character, the young Italian soprano Francesca Dotto, who has made headlines for a recent Traviata at Teatro dell’Opera di Roma (a performance whose costumes were by the famous fashion designer Valentino).

Her voice is rather uneven, a bit empty in the lower register but takes shape as it rises upward. Perhaps the voice is not particularly beautiful or full bodied (also seems lacking in harmonics) but the soprano undoubtedly shows a great taste in singing and comes out well from the second act, after some forced notes at the beginning of the opera. Mrs Dotto’s acting is very interesting and the singer is fully believable in the first act when the director asks her to interpret an authentic “Violetta Ekberg” with blonde wig and acting that recall the famous Swedish actress Anita Ekberg taking a bath in Fontana di Trevi.

The soprano shows an always varied and interesting phrasing, and after a good performance of the duet with baritone, in the third act gives us an Addio del passato characterized by an absolutely exemplary and moving legato and by a perfect mastery of the voice. 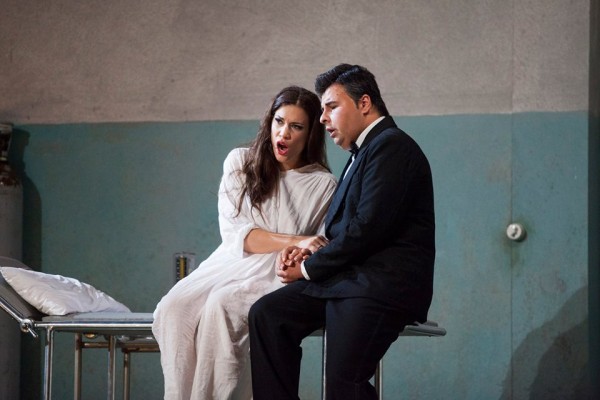 The tenor Matteo Lippi shows a pleasant but not always well sustained voice and his character isn’t much more than rather correct, besides being scenically really unremarkable
. To note the reopening of the rather usual cut of the cabaletta O mio rimorso, but missing the final high note. 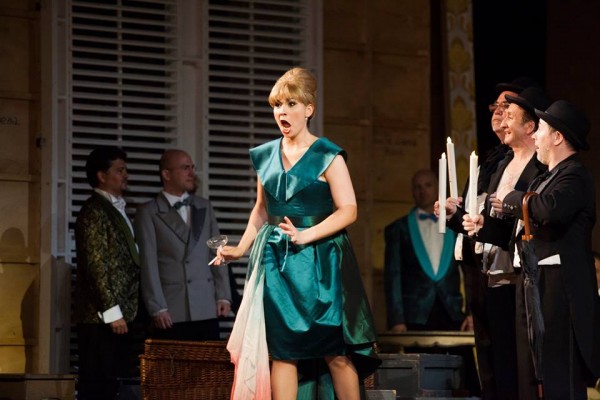 .
The rest of the cast was overall more than acceptable. 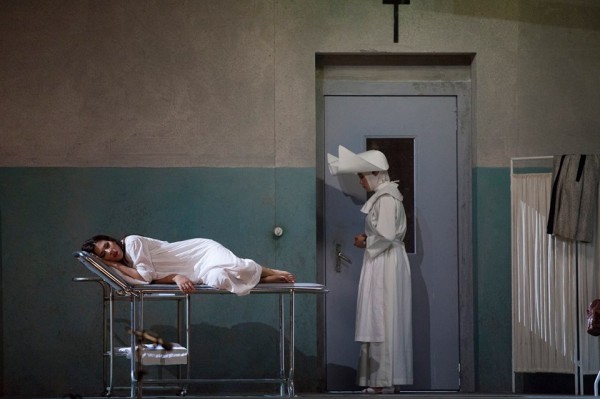 The conductor Fabrizio Maria Carminati has a rather schematic idea of this opera. Shows a good theatrical pace, the score is complete even with some parts often cut including tenor’s and baritone’s cabalettas, and holds very well chorus orchestra and stage. We could only blame a certain mechanical quality (this also affected the singers) and low propensity for softness and colors, but the orchestra is always very alive and present, as well as we find always the sense of drama even if reached more with the fast pacing of the nervous orchestra, that with orchestral swellings. 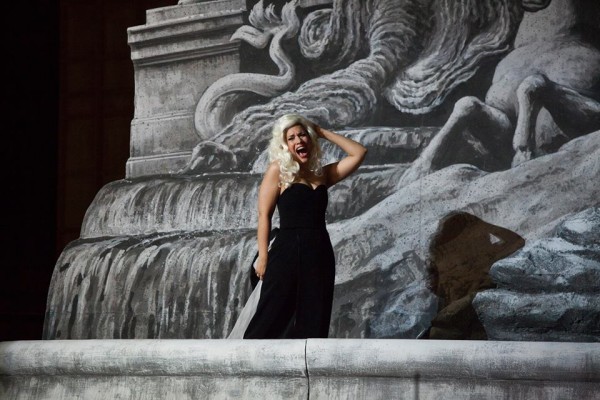 Undoubtedly the most interesting and curious side of this Florentine Traviata is the staging by director Alfredo Corno with scenes of Angelo Sala and the functional costumes by Alfredo Corno and Angelo Sala, globally a real tribute to Federico Fellini.

The story takes place on a Cinecittà film set with Violetta in the role of Anita Ekberg in La Dolce Vita, Alfredo and Giorgio Germont are both actors, and many Fellini characters occupy the stage: Gastone is Paparazzo, two mimes are the Fool and Gelsomina, Giorgio Germont wears a Casanova mask, then there are a tamer, drag queens, busty breast women like the Saraghina, bishops and cardinals. 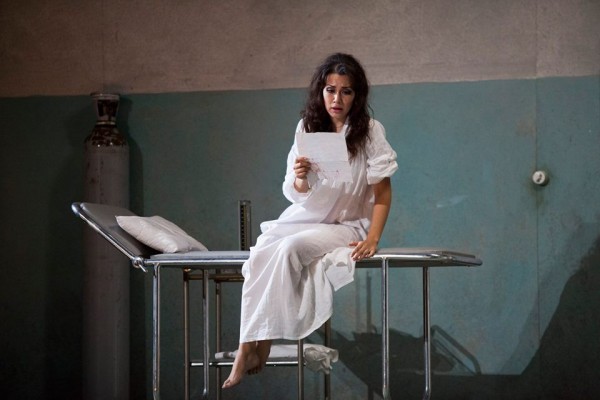 First of all we have to forget the many arm-twistings, the Paris hints (while we are obviously in Rome), or real nonsense as Alfredo who enters Violetta’s bedroom in the last scene bringing some flowers (and Giorgio Germont with a gift …), or Violetta who smokes being ill of tuberculosis, or Barone Douphol pulling a punch in Alfredo’s stomach, not to say about Annina who at the end of the opera appears dressed as a nun.

But we must say that once inside the mechanism the staging by Alfredo Corno is interesting and engaging. Unfortunately, not all acts are at the same level of inventiveness: the first act and the second scene of the second act are surely the better ones. Of course Amami Alfredo scene in a dining room with an old black and white television makes a strange impression, but the final scene of the second act with the Fool and Gelsomina cheering Violetta is full of poetry and nearly clever. 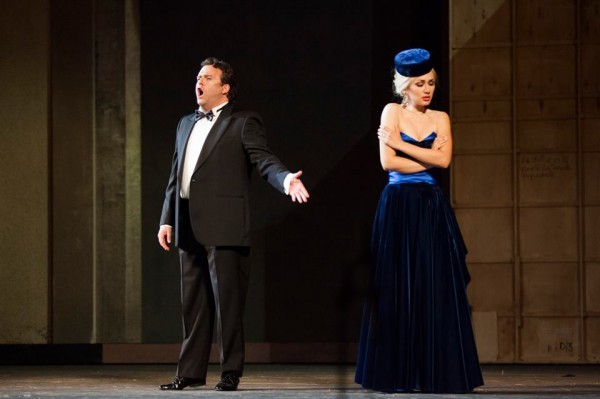