New CD from Les Paladins, – A journey to the heart of the sacred baroque repertory, its hidden gems revealed by the french ensemble Les Paladins.

With excerpts from the text to the booklet following the CD by Sylvain Fort. 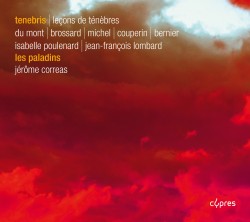 Tears of Marble: Christ is dead. He is in the tomb. He has foretold his resurrection
. The believers are waiting. – The others are sceptical. For the Church, all the distress in the world marks these three days. Hope is at its nadir.

– The “Lecons de ténebres” Lessons of Darkness are the music for these three days: Holy Thursday, Good Friday and Holy Saturday. – Holy Wednesday was the starting point. Christ gives up the ghost. Then an earthquake erupts with a tremendous noise (strepitus) that, in the Gospel, shakes the Temple, Then there is a heavy silence. Night falls on the world, as Matthew says: “From the sixth hour to the ninth, there was darkness over all the land”.  – This is how Sylvain Fort, well translated by Jeremy Drake, describes the inspiration background in the introduction booklet to the new CD where Jérôme Correas leads Les Paladins in the Lessons of Darkness on the actual new CD.

From the deepts of this stunned silence rises the melopoeia of the Lessons of Darkness. Where the first is taken from the Lamentations of Jeremiah. The other two are from Saint Paul and Saint Augustin. Trifling instruments are forbidden. The singers are separated from the public by a veil that recalls both the veil of the temple torn by “strepitus”, and the immaculate veil enveloping Christ. 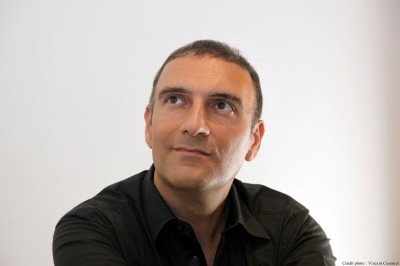 The Lessons of Darkness gives order to all the at times paradoxial symbols of these solemn moments.

Les Paladins has in this CD choosen to go deep in to this matter, and has choosen the pieces that is put together to create an atmosphaere of gentle contemplation. In this the Lessons of Darkness are no longer a historic ritual but a way to that music has to take charge of mourning, of penitnce, but also of hope. The mainstay of baroque recordings are Charpentier, from who we recently enjoyed his brilliant Medée at Théatre des Champs Élysées, Delalande and Couperin

Interesting is it therefore that Les Paladins has choosen deeper among the actual baroque music and found composers, less glorious, of whom it is not a sign of diminished fervour, and they have added instrumental passages in which quite apart from any liturgical intentions, the music of this time shows that it was able better than others, more than others, to become lament and prayer.

By Henry du Mont, (1610-1684), the present disc presents instrumental pieces other than from the religious output. A good example is the pavane for two violins and continuo bass and, as if a mirror articulated by a lively Gaillarde, the Sinfonia in G-minor quite naturally fits into this world of sorrow become song. du Monts musical pieces and his sincere musicality is giving a line through all this new CD.

Sébastian de Brossard (1655-1730)´s Lessons of Dead has both sprititual quality and luminous declamation. of which the first Lesson in particular is a daring alternation of moments breahtless fervour and vibrant lamentation; this blend of affects and atmosphaere preserves a funeral depth void of mere outward show.  It is also de Brossards First Lesson of Mortfor soprano, counter tenor who finishes the CD. During the listening, supplyed with the interesting reading of the well prepared booklet, following the CD it gives the listener a deeper understanding, first of the seriouse and interesting background, who 1600 years after the dead of Christ is being used as inspiration for these actual pieces, which with a musicality good feeling, for what i suiting eachother is sampled together to be developed as a presentation of baroque music in the actual CD. 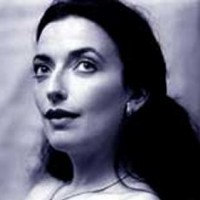 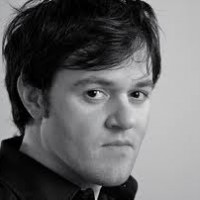 Furthermore Les Paladins, leaded by Jérôme Correas  has been searching excellent cooperators to perform it, which gives the CD the sincere atmosphaere, which helps the listeners to go back to how it happend in the actual time, still that non of us was present, and only have the histories from the diciples writings. The soprano Isabelle Poulenard and the counter tenor Jean-Francois Lombard.

Jérôme Correas is in addition to leading the ensemble, playing cembalo and organ, while Juliette Roumailhac and Marion Korkmaz is playing violins and Nicolas Crnjanskiis playing cello. They gives us a brilliant baroque sound, in addition to a feeling and a way to better understand the periode and the inspiration. It is an inspiring developing of good musicality and deep feelings.

I hope to meet this ensemble at many festivals enclosing baroque music in its repertoar. It will be a hit for the festival.