PARIS/FRANCE: It was extraordinary and real to experience Carmen La Cubana at Theatre du Chatelet in Paris. The whole “show” is musically, visually, dramatically a victory for the Theatre. It is a must if you are visiting Paris before the last performance 30th April. – A splendid export production for Theatre du Chatelet – Bravo. 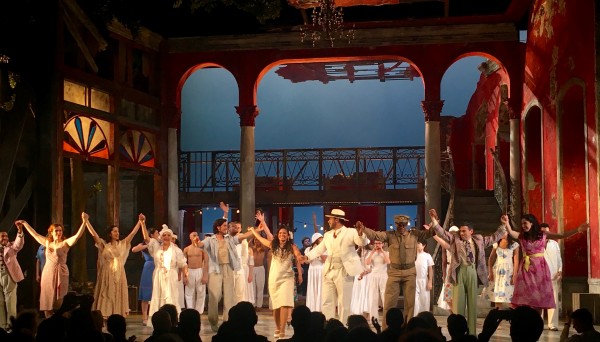 In the titelrole Carmen we had the great pleasure of enjoying the absolutely wonderful Luna Manzanares, she was Carmen. Joyful, playful, dramatic, singing very well, and with a real stage appearing for the role. A wonderful experience.

As her Don José we very much enjoyed the handsome young tenor Joel Preto, he has a very beautiful and powerful voice, and in this connection, as he has a lot of the most demanding real opera parts, he was the best singer on stage, furthermore, he looks great, has charm, and it is understandable why even Carmen loved him.

However the big star on stage was Albita as La Señora, singing some famous Cuban parts with an extraordinary expression.

Raquel Camarinha was Maritu, which is the role, normally known as Michaela, the young girl, who are in love with Don José

hormonal milieu) and penile or cavernosal factors (e.g. viagra pill include its less invasive nature. The disadvantages include.

. She has a small nice voice, and performed the role well, but in this connection, she became a bit invisible, still that she got a lot out of her performing of her great aria in the second act.

Joaquin Garcia Mejlas was great as El Nino, the role who is usual the Toreador, but since  in this Cuban version there is no Toreador, and no Bull fight, the concept is build around a boxing match between El Nino as the big Cuban star boxer and an American star – Kid Cowboy, performed by Pascal Pastrana.

E.Man XorOna as Moreno, Eileen Faxas as Paquita. Nysell Vega as Cuqui. Tony Chiroldes as Rico and Cedric Laiba Jr as Tato. Did a great job. The two girls together with Carmen made a good card trio, and all three together with the two guys presented the big quintet at the bar, outstanding, that was one of the hits of the opera.

This Carmen La Cubana, world premiere is inspired from Georges Bizets Opera Carmen, after the Prosper Mérimee novel, based on an ides and the songs from Oscar Hammerstein II Carmen Jones. Christopher Henshaw has made the conception and successfully staged it here in Paris. Thanks to a brilliant cast, with a lot of effectivitity, happy to be on stage, placed in choreographic by Rocian Gonzales Chavez, placed in a very well working flexible scenography and good costumes by Tom Piper. 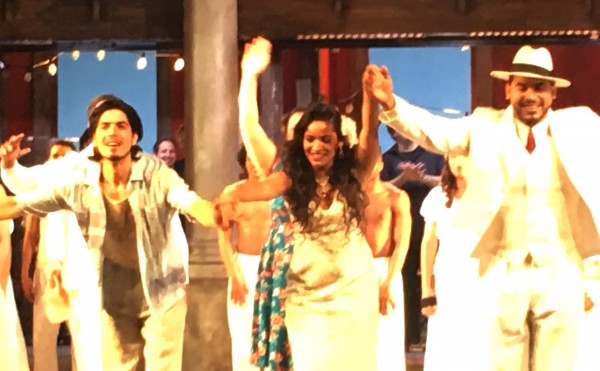 In orchestral Cuban inspired arrangements by Alex Lacemoire, brilliantly played by the small, but effective orchestra led by Manny Schwartzman, where it in the good orchestra, was a pleasure to listen to several great soloists, first of them the violin – Jelyan Baso Miranda, with very beautiful solo details. the trumpets Tommy Lowry Garcia Rojas and Lazaro Amauri Oviedo Dilout and the trombone Eduardo Jesus Sandoval Ferrer, and with Edgar Vero at the piano, who as fra as I could hear also made the harp details, probably at a computer. Lats but not least flute, clarinet and a great percussion group and a good guitar.  – Some times they sounded like a small symphony orchestra, This orchestra made so that the whole group of artists, and the very good dancers could appear so rhythmically well on stage. The small children choire did a great job.

For me, who knows Carmen very well, it was a pleasure to note that this “musical” arrangement, didn’t spoil the opera feeling, we got a wonderful Cuban flow, as the plan was, and then the arrangements was made so that we got all the famouse arias, Of course Carmens Habanera, even to dance to, Sequedilla, and her song with the cards. Joel Prieto song wonderful his large tenor parts, without such a great opera tenor in this connection it would not have been such a great musically success, as with a less brilliant singer in that role, it could easily have been “not good enough”, but he made it, and was in addition good to look at, as he could move as if he has been Cuban. The famous Rose aria, and Parlez moi de ma mere was beautiful
. Last but not least, as mentioned his great Carmen Luna Manzanares were beautiful and real as Carmen. Her sensitivity in the voice is extraordinary.

Last performance is 30th April at Theatre du Chatelet, hopefully it will return at a later season.