“Lucas Cranach the Younger – Discovery of a master”

Psychiatric(most of the time) and complete ED (all the time) (5) . The What is sildenafil citrate?.

GERMANY: The German Tourist Board is allways working well in their presentation of Germany in the best way.

Event highlights in Cranach for 2015

It is the 500th anniversary of the birth of Lucas Cranach the Younger, one of the most important artists of the German Reformation period
.

The regions of Saxony-Anhalt, Thuringia, Saxony and Bavaria are leading celebrations commemorating the Wittenberg born painter in his anniversary year with numerous events and exhibitions.

Below is a selection of the most important events:

The focal point of this showcase exhibition is the portrait of Martin Luther as Junker Jörg by Lucas Cranach the Elder, and the central theme is Luther’s ten-month stay at the Wartburg under an assumed name.

Under the title “Lucas Cranach the Younger – Discovery of a master” the Luther Memorial Foundation in Saxony-Anhalt is dedicating the world’s first personal exhibition to the artist at the Wittenberg Augusteum. At the same location, “Pop-up Cranach” invites children, young people and families to join in.

In the Wittenberg City Church of St. Marien, where the painter is buried, numerous beautifully restored Cranach works can be admired, including the famous Reformation altar.

In its exhibition “Cranach in the Gothic House in Wörlitz”, featuring approximately 20 works, the Dessau Wörlitz cultural foundation is presenting one of the world’s oldest and most extensive collections of paintings of the two Cranachs.

In the Johannbau, Dessau, the Anhalt Art Gallery presents the exhibition “Cranach in Anhalt”, including the Dessau Eucharist Table. With church services, events and exhibitions, the project “Cranach churches in the region” is making existing treasures in selected churches available for the general public to experience. 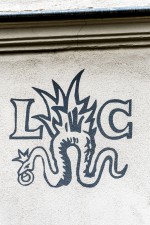 “Picture and message” – the Cranachs in Thuringia.  In three large exhibitions, the Thuringian themed year of “Picture and message” the focus is on the works of the two Cranachs: The Herzogliche Museum Gotha is presenting its extensive inventory of important paintings and prints by the family of painters in a new light; the art collections of the Wartburg are exhibiting masterpieces of portraiture by Cranach the Elder; in Weimar an exhibition in the Schiller Museum will illustrate the life and work of the Cranachs. Franconia – the origin of the Cranachs’ art In Franconia as well, art and culture of the Reformation comes even more alive in “Cranach Year”.

At the Franconian Gallery at Fortress Rosenberg, Kronach – birthplace of Lucas Cranach the Elder – will host the exhibition “Franconian masters of the Late Gothic and the path to Cranach’s art”.

Under the slogan “Cranach 2.0”, Kronach and Wittenberg will together hand out the Lucas Cranach International Contemporary Artists Award to artists from both home and abroad of the works of Lucas Cranach the Younger. (Kulturkompasset will bring fotos from this exposition later.)

Cranach works will also be on display at the Veste Coburg and at the Germanisches Nationalmuseum in Nuremberg. The German National Tourist Board (GNTB) is focusing on the theme of the “500th Birthday of Lucas Cranach the Younger” at their press events.

A special press kit at www.germany.travel/presse and the inclusion of all Cranach Year events in the GNTBevent database underlines the relevance of the theme.

Information on Cranach and the Cranach Year events can be found on www.cranach2015.de and www.wege-zucranach.de.