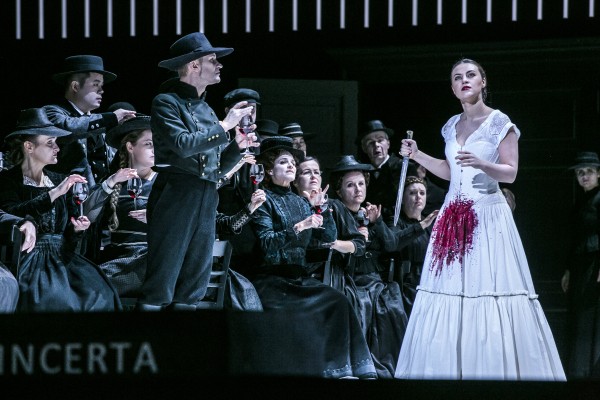 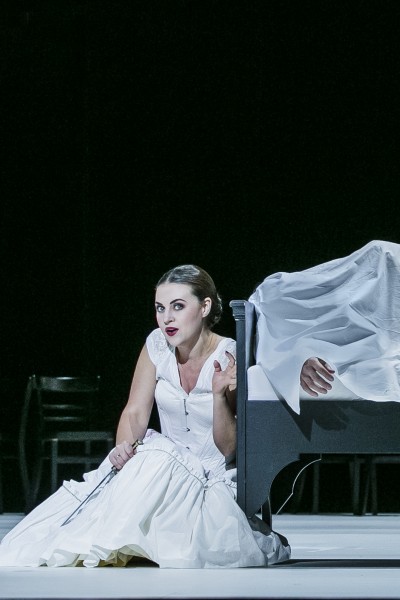 DRESDEN/GERMANY: Donizetti’s „Lucia di Lammermoor“ is probably the only typical Italian belcanto opera which still is performed regularly on the stages

include dizziness, nasal stuffiness and tachycardia. These How to get viagra sufferers will be expected to come forward to seek.

. In spite of all the opera compilations which are full of belcanto arias, sung from Callas to Netrebko, the whole works rarely find their way to the stages outside Italy
. And so it took 80 years to bring this opera back on the stage of Semperoper in Dresden. 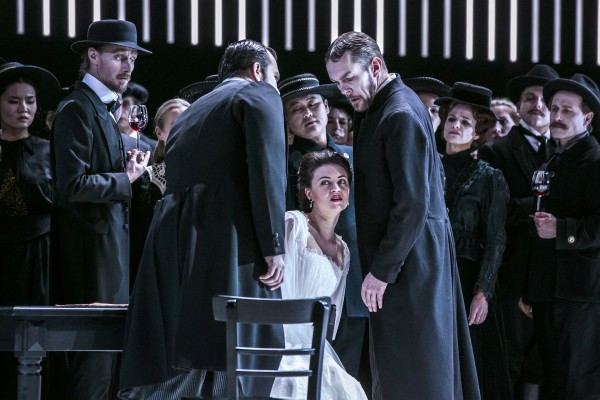 And the new production showed the difficulties of the work. Dietrich Hilsdorf tried to make visible all psychological aspects of the drama, reducing the scenery into a flexible black room with a belt of vertical white lights, exected by Johannes Leiacker
. The costumes by Gesine Völlm aimed to bring the opera close to our times, without beeing contemporary. 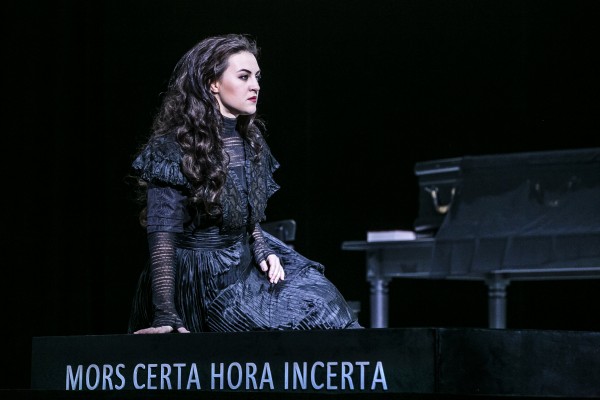 The singers were great and also good actors. Venera Gimadeva was a brilliant Lucia. Her voice offered a huge variety of moods and sentiments, flexible in the coloraturas, with strenght in the ensembles and delicate softness if required. Here famous last aria, accompanied by glass harmoica was breathtaking spheric. 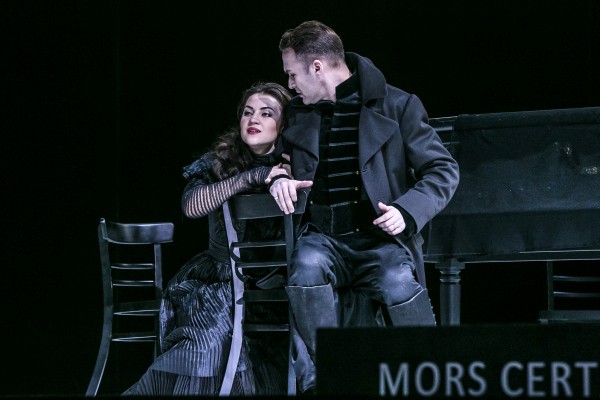 Also the male protagonists convinced the public and were applauded seperately. Aleksey Isaev was a powerful Enrico, aswell as Georg Zeppenfeld as Raimondo who in Hilsdorf’s interpretation was Lucia’s brother as well as representative of the church. Edgaras Montvidas presented himself as a real hero tenor with lyric ambitions.

It could have been an entirely great opera evening. Nevertheless I didn’t feel etirely satisfied
. Maybe it was Donizetti‘s music itself which seemed not to fit to the deepness of the drama. It seemed too light – and loud.

The Staatskapelle Dresden, directed by Giampaolo Bisanti followed one highligt to the next stretta to the next semifinale without giving relax to the audience, except the so different „madness aria“. „Belcanto“ was interpreted as powerful voice acrobatics and not in differenced beauty of voice. This can be great, if one just enjoys selected arias like in the Callas compilations, but after three hours I felt overwhelmed or I felt black and white like the secenery of Hilsdorf’s production, missing some more musical colours
. The ovations by the public honored especially the singers and the choir. 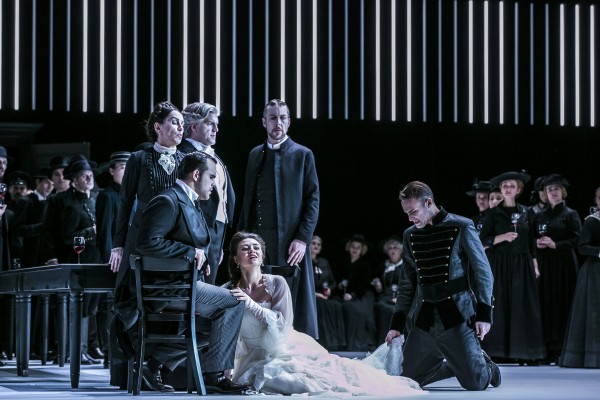