By Fabio Bardelli on 4/16/15 • Categorized as Festival,Opera 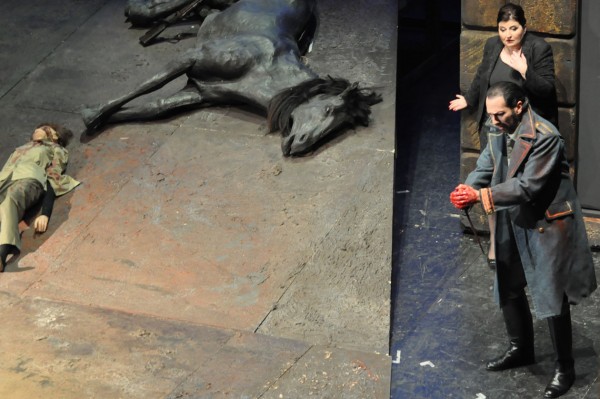 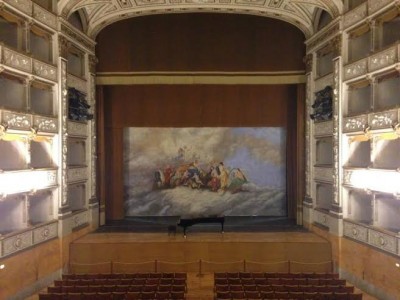 PISA/ITALY: In this performance of Verdi’s Macbeth in Pisa the most popular name in the whole cast was that of movie director Dario Argento, whose thrillers are famous and popular in Italy. The very diverse audience proved it, and many of them came because of him more than Giuseppe Verdi. 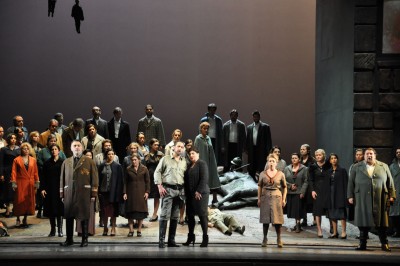 I’m not a movie fanatic, but knowing the reputation of Dario Argento, I was very disappointed by the lack of ideas of the result

on every patient with ED.and Opinion Research Institute (MORI) of London in 1998, generic viagra online for sale.

. The staging takes place in a generic 1900s ambiance , costumes show the usual military mantels, in the battle we see a dead horse, Lady Macbeth in a modern tailleur and something else that escaped away from our memory. Of course creating an opera is something completely different from a film, but we expected something more from a skilled show business man like Argento rather than to place the singers on stage letting them act as they want.

Some sparse idea we found here and there in the performance, often in bad taste and Grand Guignol-style.On stage they use litres of red paint simulating blood, and more fake blood gushes towards high like a fountain when Macbeth’s head is cutted, something a bit comic to see. Moreover we see three naked women that should be the three whitches but actually are only miming the part, while the singers are on the side of the stage dressed as Bulgarian country women. There is even an intercourse between the two leading characters, where Lady Macbeth sits with all her weight on her husband, but apart these outrageous scenes nothing more: we have a complete lack of ideas, not a hint of a serious reading of the libretto, or a coherent interpretative line running through the opera. 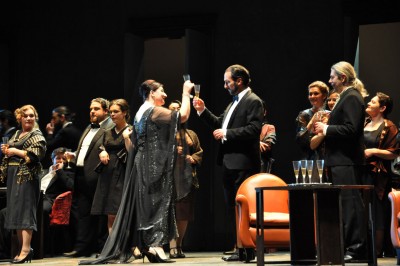 Also the musical side was rather disappointing. Conductor Simon Krečič follows the singers (even with disagreements with the stage) holding rather well the imprecise Puccini Festival Orchestra, but he doesn’t show great ideas and conducts with rigidity. Chorus of Parma’s Teatro Verdi conducted by Fabrizio Cassi was on a more than average level
.

The best singer of this performance was bass Giorgio Giuseppini as Banco, showing a firm voice and a good volume. He knows how to sing, even if director Argento let him go around in the Brindisi Scene surly and with his dress blooded of almost three killed calfs. 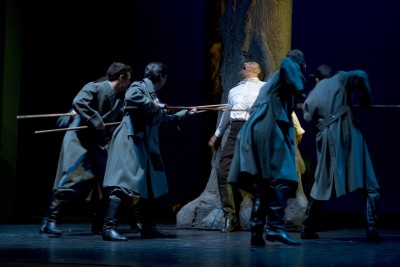 We are very sorry to say how disappointed we were from Dimitra Theodossiou as Lady Macbeth. A bad performance in which the Greek soprano tries everything she can to come to the end of the opera. As anyone know her role is very difficult, and clutching at straw is not enough. Her lower register is very problematic, she reaches high notes with great difficulties (famous D-flat in walksleeping scene was almost an out of tune scream). Some imperative phrase and some good sharp sounds are too few to depict well her character, that vocally seems rather tattered. On the acting side Theodossiou is persuasive even if her gestuality monotone so that it came near to boredom. 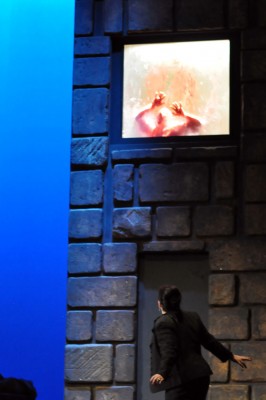 Giuseppe Altomare as Macbeth doesn’t show a particularly valuable voice, he has an indistinct medium-high register but we can perceive a deep study of his role. Globally the level of his performance was kept high by varied accents and his mastery of the role.

Emanuele Servidio as Macduff must be pointed out only for his inaccuracy.

The level of the other singers went from average to embarassing.

The audience that filled out beautiful Teatro Verdi in Pisa was very warm in applause, with only some little sign of disagreement for the stage director.