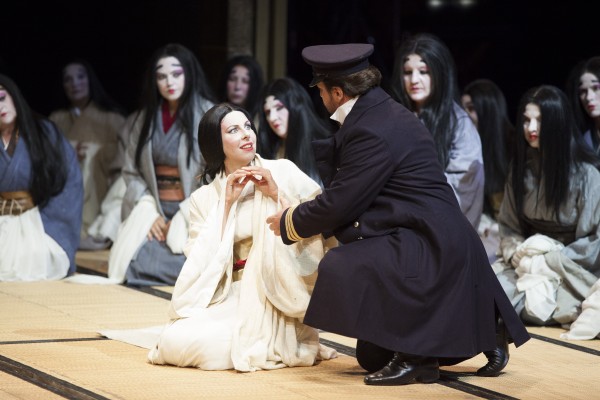 FIRENZE/ITALY: A new production of Puccini’s Madama Butterfly in the torrid Florentine july: but those who expected a “summer” and “touristic” level for this production would be wrong because the general level of the opera goes even beyond expectations, and the overall level of the performance would make it enjoyable even in a normal opera season.

First of all the visual part of this performance, minimalist and very impressive, by director Fabio Ceresa must be praised,  with the beautiful light-designing of Fiammetta Baldiserri and essential scenes of Tiziano Santi (only some sliding panels in the back side of the stage space, only with a few others scenic elements added, such as some little furniture, or lamps) while Japan is rebuilt almost exclusively by the beautiful costumes of Tommaso Lagattolla. The story takes place in its traditional time, only with a few liberties from the libretto (the house of Butterfly is as everyone knows on a hill, yet small boats come and go in the background in the first two acts…).

The acting of the singers is really attentive, and a great importance is taken by the character of Suzuki, an old and hieratic woman, with long white hair, almost always on stage, also busy in writing mysterious ideograms (she gives Butterfly the sword for the ritual of hara-kiri), custodian of tradition and confidant of Butterfly, very marked by life and pain
.

As mentioned, the use of lights was very accurate, with great visual suggestions, until reaching in the final of third act a white glow at the moment of Cio-Cio-San’s suicide, an idea perhaps not unmindful of the atomic explosion of Hiroshima. 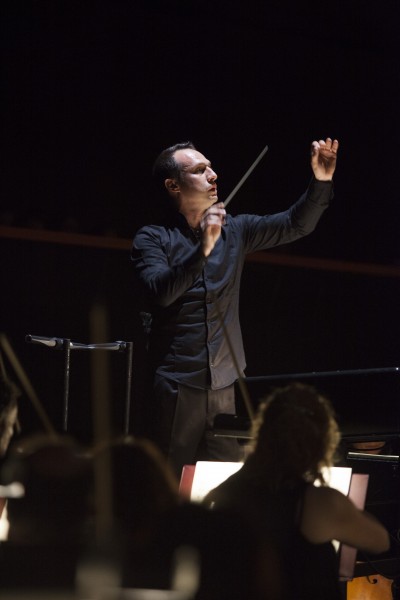 The beauty of the visual part of this performance is matched by the solid and exciting concertation of the conductor, Giampaolo Bisanti, who started a bit on the sly, but magnificently extends from first act duet: beautiful colors, interesting dramatic tension, attention to details and exciting general view are his characteristics in this occasion
.

In the vocal cast the better notes come from the women: Amarilli Nizza is in possession of a luminous voice and not already tends to favour less the large melodic arches than emotionally broken lines
. A pity that her pronunciation is not perfect, anyhow the singer creates an “adult” Butterfly yet from the first act, and overall a tormented character, multifaceted and entirely credible.

Manuela Custer as Suzuki shows hers undoubted vocal class (only some minimal uncertainty in binding the middle register to the lower) and fails to outline, with the beautiful ideas of the director Fabio Ceresa, a magnificent and faceted character.

Young Albanian tenor Giuseppe Gipali has unfortunately shown some uncertainties and globally lacks in large and seductive expansiveness of singing that is needed to sing Puccini. 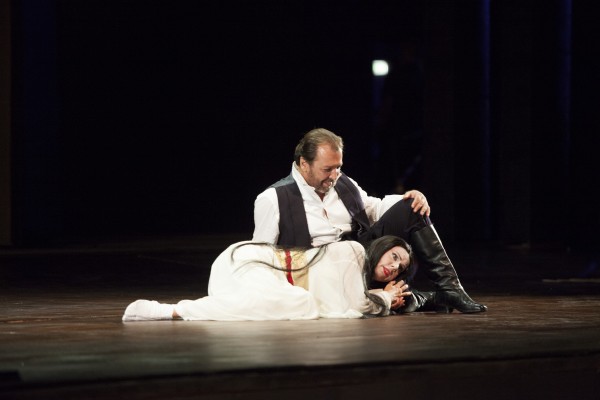 Dario Solari as Sharpless is decently committed, even if with a certain vocal inertia and not very expressive phrasing, but he overcomes these defects with his stage presence

.
Rather good but also anonymous was Roberto Covatta as Goro, all the other singers were on a medium-high level .

The Orchestra of the Maggio Musicale Fiorentino and the Choir, coached by Leonardo Andreotti, were exemplary at all. All the artists were warmly applauded by the Florentine public, unfortunately not particularly large. 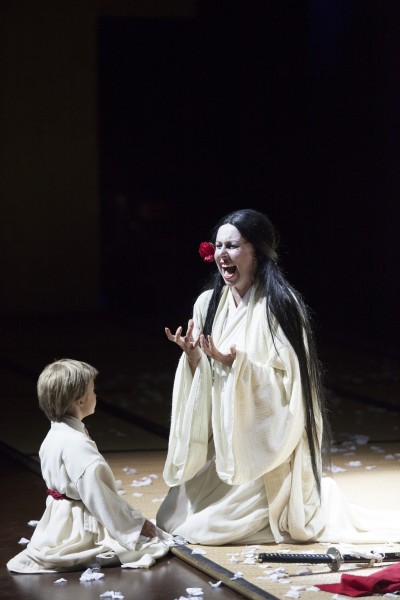