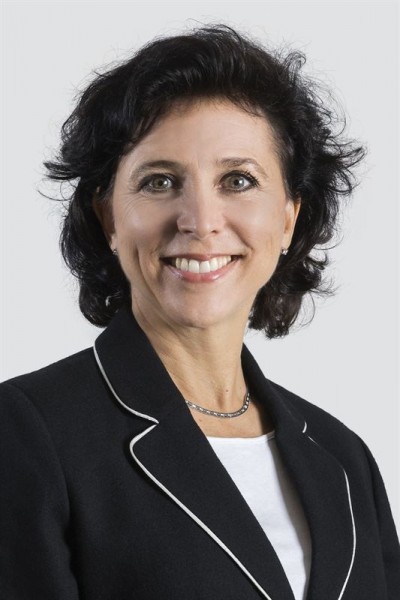 Madeleine Onne will be the new ballet chief in Helsinki from autumn 2018. Photo: Mirka Kleemola

. The Board invited the personnel groups of the Opera and Ballet to share their views on the appointment, and their statements were unanimously positive. Onne will start her new position in August 2018.

Madeleine Onne, originally from Sweden, is currently the Director of the Houston Ballet Academy in the United States. Onne has extensive knowledge and skills in both classical ballet and modern choreographies. She worked as a ballet dancer at the Royal Swedish Ballet in Stockholm from 1978 to 2002. After her career as a dancer, Onne has been the Artistic Director of both the Royal Swedish Ballet and Hong Kong Ballet, for a total of 15 years.

The Artistic Director of the Finnish National Ballet is responsible for the artistic planning of the repertoire, as well as leading and developing the operations of the FNB. The Artistic Director reports to the General Director. Onne’s earlier leadership roles have provided her with extensive experience in creating and implementing strategy as well as in managing people.

– Our aim was to find an individual with both an international career as a ballet dancer and experience in managing a ballet organisation. Other key requirements included a broad professional network and the ability to co-operate effectively with both internal and external contacts. Madeleine Onne combines all this, and she also has a truly charming personality, says Päivi Kärkkäinen, the General Director of the Finnish National Opera and Ballet.

Madeleine Onne’s contract will be for a fixed term of four years, from August the 1st, 2018 to July the 31st, 2022, with an optional extension of three years. The tenure of Kenneth Greve, the current Artistic Director, ends on July the 31st, 2018.

– Kenneth Greve has had a significant impact on the evolution of both the FNB and the Ballet School of the Finnish National Opera and Ballet, Päivi Kärkkäinen highlights.

Madeleine Onne has a deep insight into the operations of a Nordic art organisation. In her earlier leadership roles, she has demonstrated an excellent grasp of finance, conducting and orchestral work, as well the ability to understand the big picture.

– I grew up as a dancer at a large opera and ballet house, and I’m both delighted and proud to have the chance to return to one. I’m very much looking forward to the opportunities provided by the Finnish National Opera and Ballet. It’s an honour to continue Kenneth Greve’s outstanding work at the Opera House, Madeleine Onne says.

From right: Madeleine Onne, Birgit Cullberg, Niklas Ek, Henning Høholt, Stravinsky Jubileum 1983 med Den Norske Operas Ballett, From gardenparty after the performance in the Høholt residens garden at Frogner in Oslo with the entire Norwegian Ballet Company and 250 members of Operaklubben, at that time the only association for opera and ballet lovers connected to the Opera and Ballet house in Oslo, where Henning Høholt was the leader. Meny rest shrimps and white wine. At that time it was easy to get transported from the old opera house then in Folketeatret in Storgaten, Oslo, as the Tram had stopp outside the door, and then of by the stop in front of the entrance to the Høholt Residence at Frogner. Privat foto.

For Kulturkompasset and me as its editor and owner, I have a dear remembering about a Stravinsky Galla Evening in 1983 with the then Norwegian Opera Ballet, where Madeleine Onne, together with Niklas Ek danced “Pulcinella” (?) pas de deux by Birgit Cullberg, and after the galla performance. I then had the pleasure as chairman of the OPERAKLUBBEN to host Madeleine Onne, Niklas Ek, Birgit Culberg together with all the norwegian ballet company, with its then ballettchief Jens Graff in our well known garden at Frogner, together with some hundreds members of Operaklubben for Shrimps and white wine. It became an extraordinary evening. – The colored press and the daily newspapers made long photoreporatges from that historical event. It´s some thing that don´t happen in Oslo every year. 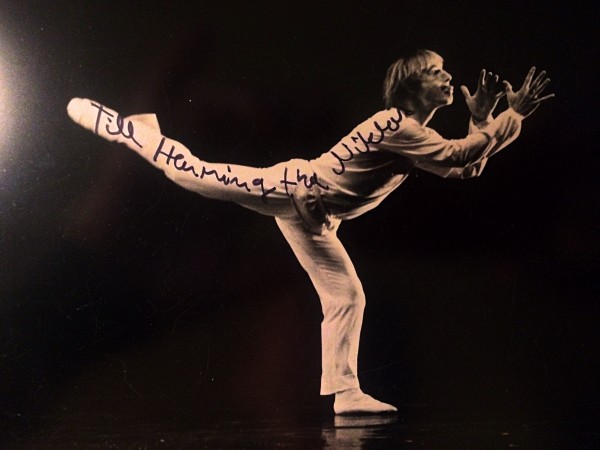 Thank you for the party picture from Niklas Ek til Henning Høholt.

We wish Madeleine Onne and the Finish National Ballet good luck at the delicious opera-and ballet house in Helsinki.