Mahler 2nd with Mehta in Florence.

By Fabio Bardelli on 11/14/12 • Categorized as Classical music 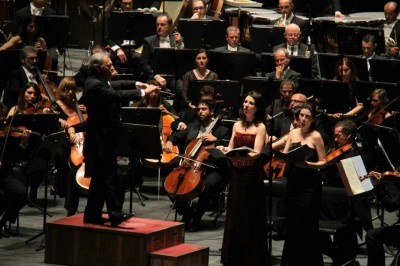 FLORENCE: Gustav Mahler wrote his monumental Symphony nr 2 in C minor “Resurrection” in the years between the 1880s and 1890s, more or less at the same time of his First Symphony. For the first time in this kind of works, he uses the human voice, something he will do in three of his Symphonies; this is also the first time he sets to music some excerpts from Des Knaben Wunderhorn, as well as -in the last movement and for the singers together with the choir- a text by Friedrich Klopstock, The Resurrection
.

The enormous programme symphony extends in five immense movements going on for almost one hour and a half, and its complex writing is an ideal field for a conductor such as Zubin Mehta. In this splendid concert in Florence the conductor excites the sound power of this great Mahler work without eluding a suffused tender lyricism, as in the beautiful second movement Andante Moderato, wonderfully chiseled by the Indian conductor, perfectly followed by the very skilled Orchestra. 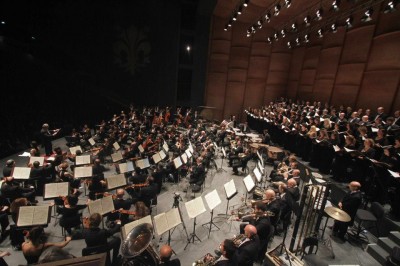 The very good acoustics of the large hall of the New Opera House certainly had its part in creating the enchantment, with a very good orchestra and a wonderful chorus, led as usual by Piero Monti, and two very skilled and adequate singers as Chen Reiss and Elisabeth Kulman. Orchestra and Chorus were really wonderful, and not many musicians in Italian actual panorama can be compared to them.

It was a really involving concert, rich in emotions coming also from the special feeling between the conductor with Maggio Musicale Fiorentino Orchestra and Chorus, that Mehta has been conducting for fifthy years (his debut in Florence was in 1962!). They follow perfectly the conductor, with an admirable devotion and intelligence. The public which filled the house to capacity, tributed a real triumph to all the musicians with endless applause. 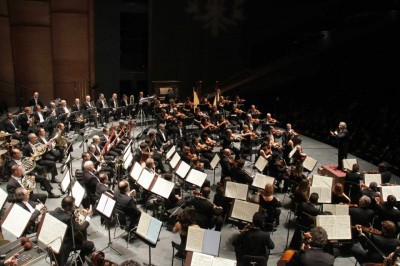