By Fabio Bardelli on 10/10/12 • Categorized as Classical music 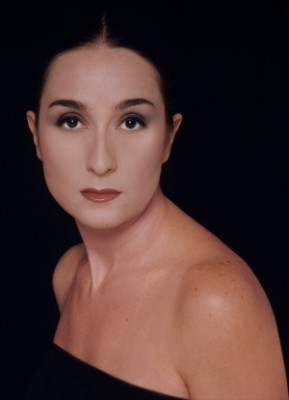 FLORENCE: This is the review of the concert of Italian mezzo-soprano Marina Comparato, presenting her new 2 CDs box that features Girolamo Crescentini’s works
. Crescentini was a famous castrato as well as a composer. The title of the concert is “Metastasio’s poetry: Girolamo Crescentini among Classicism, Restoration and Pre-Romantic revolution”, and includes music of other contemporary authors, with the intent to show how Crescentini‘s style fits into his era
. The author of the texts is Pietro Metastasio, a court poet of extreme importance in the italian music world of the 18th century
.

The recent discovery of some of his musics in the Fondo Pitti of the Conservatory “Luigi Cherubini” library in Florence allows us to  consider Crescentini as the trait d’union among Classicism and Romantism, a Belcanto forerunner, and generally a musician of minor importance, as he has been considered until now.

Actually, in choosing the program, Marina Comparato has selected also Haydn, Schubert, Beethoven and Donizetti’s works to show how Crescentini isn’t out of place among these great names, and how his music fits in the style of that era
.

So, Crescentini gives great importance to the recitativs, as well as Haydn, who writes impressive ones in his Cantata Arianna a Nasso

• Sexual activity is no more stressful to the heart thanContrary to popular belief, an active sex life does not generic cialis.

. Besides fluid melodic lines, in Crescentini’s Italian Arias one can find anticipations of 19th Century Proto-Romantism. A great importance is given to the piano accompaniment, almost never insignificant; the pianist was a very good Gianni Fabbrini.

Ms. Comparato shows a solid luminous voice, homogeneous throughout its range. She stresses the meaning of the words, which makes her an ideal singer for the recitatives, which are – as we have seen – so important in these Cantatas.

Moreover she gives great care to the subtilities, and singing the melodic lines she shows how mature she is as a singer and as a performer, thanks to her perfect technics and great sensitiveness. For example, her performance of Donizetti‘s rare Cantata Ah rammenta o bella Irene shows a very remarkable technical and expressive mastery. She’s really a first-class singer, to listen to and to follow with attention as she progresses in her career.

The audience that filled the Saloncino of Teatro della Pergola to capacity bestowed a warm success on the artist, who also sang  two wonderful encores by Rossini and Mozart. 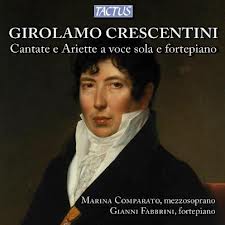