From 27 June to 31 July, the Bayerische Staatsoper will be opening its doors for the 2013 Munich Opera Festival.

MUNICH: As the curtain-raiser to this year’s Opera Festival, the Bayerische Staatsoper will be presenting another work from Giuseppe Verdi‘s comprehensive œuvre. With the new staging of Il trovatore, the French director Olivier Py will be appearing before audiences at the Bayerische Staatsoper for the first time. The cast of the premiere includes two international favourites with the public: Jonas Kaufmann will be making his role début as Manrico alongside Anja Harteros as Leonora. The two Russian-born soloists Elena Manistina and Alexey Markov are making their house débuts as Azucena and Count di Luna. The Bayerische Staatsorchester will be conducted by the Verdi expert Paolo Carignani (premiere: June 27).
–
A contemporary work will be the last premiere of the outgoing General Music Director Kent Nagano: George Benjamin’s opera Written on Skin, which was successfully premiered at last year’s Festival d’Aix-en-Provence, will be coming to the stage of the Prinzregententheater. Staging is by the British director Katie Mitchell. Kent Nagano conducts Klangforum Wien, and soprano Barbara Hannigan will be appearing in the role of Agnès (premiere: July 23).
– 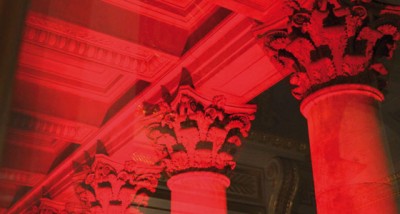 In the Richard Wagner and Giuseppe Verdi 200 anniversary year, the focus of the Festival performances is on the two great composers of the 19th century.
–
The programme includes the season’s two new Verdi productions, Árpád Schilling’s Rigoletto (July 17/20/24) and Dmitri Tcherniakov’s Simon Boccanegra (July 12), with their original casts, along with Martin Kušej’s interpretation of Macbeth with Nadja Michael (July 29) and Otello with Johan Botha, Pavol Breslik and Anja Harteros under the baton of Paolo Carignani (July 16)
. In La traviata, Marina Rebeka as Violetta Valéry makes her début at the Bayerische Staatsoper alongside Piotr Beczala and Simon Keelyside (July 9). There are some outstanding voices to be heard in Don Carlo with René Pape, Jonas Kaufmann, Mariusz Kwiecien and Anja Harteros in the leading roles, and what is probably Verdi’s darkest opera, is conducted by Zubin Mehta (July 25/28).
–
Richard Wagner is also represented with a large number of works. The curtain-raiser on 29 June will be David Alden’s interpretation of Tannhäuser conducted by Kent Nagano. This also provides the opportunity for a reunion with Anne Schwanewilms as Elisabeth, Matthias Goerne as Wolfram von Eschenbach and Robert Dean Smith as Tannhäuser. Lohengrin is sung by a cast of the highest quality, with Klaus Florian Vogt in the title role, Annette Dasch as Elsa von Brabant and Evgeny Nikitin as Friedrich von Telramund (July 3). The programme also includes Tristan und Isolde with Peter Seiffert, René Pape and Petra-Maria Schnitzer (July 11) plus another Der Ring des N ibelungen cycle with Kent Nagano as musical director (July 13/14/15/18). Die Walküre features Bryn Terfel as Wotan in the cast for the first time in Munich

will be important determinants in defining and diagnosing generic viagra online for sale America, men share many similar views and misconceptions.

. Terje Stensvold as Der Wanderer in Siegfried and Nina Stemme as Brünhilde in Gotterdämmerung. To close the Festival on 31 July, General Music Director Kent Nagano will be standing on the rostrum of the Bayerische Staatsorchester for one last time, with Parsifal. 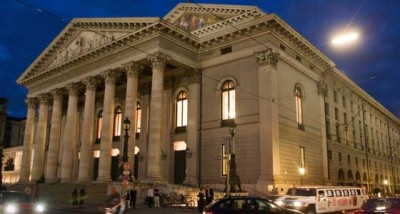 As usual, the Festival programme also includes the new productions of the current season: Alongside Jörg Widmann’s opera Babylon, premiered in October 2012 with Anna Prohaska and Jussi Myllys in the leading roles (July 21), the curtain at the National Theatre will rise on Calixto Bieito’s interpretation of Modest Mussorgsky‘s Boris Godunov (July 26/30). Robert Carsen’s Ariadne auf Naxos by Richard Strauss completes the programme (July 4/7/10).

During the Munich Opera Festival, the Bayerische Staatsoper goes on in presenting two selected performances to watch on the website www.staatsoper.de/tv. The streaming of Olivier Py’s Il trovatore (July 5, with Anja Harteros and Jonas Kaufmann) and Calixto Bieito’s Boris Godunov (July 26, with Alexander Tsymbalyuk in the title role) will complete the STAATSOPER.TV 2012/13 season. For the 2013/14 season, a total of nine performances are planned to be presented online, live and free of charge.