Orchestra of St.Martin in the Fields and David Fray in Berlin

By Bruno Tredicine on 2/09/15 • Categorized as Classical music

BERLIN/GERMANY: The last concert in program in Berlin’s Konzerthaus (situated in Gendarmenmarkt, one of the most beautiful spots of the city) was a two-faced all stars evening. “Two faced” because there is no apparent tie between the 1800s world by Suk and Dvorak on one side, whose compositions have opened and closed the evening, and Johann Sebastian Bach, who occupied the central part of the concert. 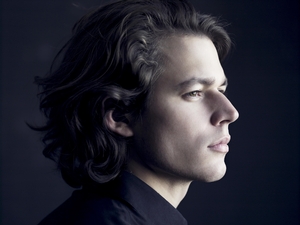 But also ‘all stars’ because on stage were british Orchestra of St.Martin in the Fields and raising star-pianist David Fray, whose records have received many awards.

. Martin the Fields was for decades associated to the name of Sir Roger Norrington, who founded the ensemble in 1958 (when they performed for the first time, in the church that would have given them its name). At that time they played without conductor, as it has been in this Berlin occasion under the attentive care of the first violin (whose name stayed unfortunately unknown) as Konzertmeister.

Although being one of the most important tchech composer of his era, the name of Joseph Suk is not among the very popular. He started to write music as a young boy and he was just eighteen when he composed this Serenade for String orchestra op.6 in E-dur, a beautiful work, very melodic and easy, almost seductive for the audience, as it has been in this performance. Already from the very first note, the ensemble was able to capture the insinuating melody, strongly keeping the instrumental line and putting inevidence, in the whole work, the richness in melodic inspiration, as well as the popular themes which are inserted in the most fluid way into a more noble context.

The balance among the different section and the clarity of the sound have been evident also in Dvorak’s Serenata for strings op.22 in E-dur written in only two weeks in 1875. Maybe, as the program says, it’s just ‘music for pleasing the ear’, but in this case Dvorak fully succeded, and the orchestra has been fully at ease with an elegant and effective sound, specially fulfilling in the famous second movement, almost a waltz, and in euphoric atmosphere of the finale, who reminded to Dvorak’s Slavonic dances.

In the two central works of the evening David Fray arrived: with his tall slim figure long hairs and enigmatic look in his eye he seemed to recreate the figure of the old style romantic pianist, but unfortunately he didn’t convince artistically. Actually, he’s a skilled pianist, but first of all he knows how to please public. He had been introduced on the press as sort of a follower of great Glenn Gould, and for sure this is true for the exteriority: his attitude when he sits leaning his breast towards the keyboard, his head into his shoulders, or the choice not to use a pianist seat but a normal chair (like Gould used to do). At the moment we see him on the dangerous road of becoming a ‘character’ more than a respected stylist, even because he seems not to care to respect the componist world: so his Bach may seem easy and communicative, but is played in an almost romantic style as it has been evident in the slow tempo of the second sonata: the rubatos, the soft touch, the nuance and the hesitation seem to belong more to a later era than to the real Bach’s style.

“Curiously Fray was much more convincing in the single encore that he played, Schubert’s Hungarian Melody in B Min
. D817, given in a more proper way, with great sobriety and without too many theatrical effects.”

At the end great success, but no encore from the orchestra.