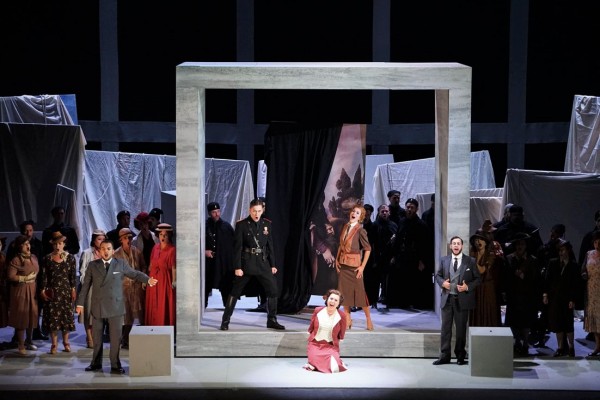 “Prithee, when to the world thou hast returned,

and when from thy long journey thou are rested,”

after the second spirit said the third,

“do you remember me, who Pia am!

Siena made me; Maremma me unmade;

he knoweth what this means, who previously

had, in betrothal, ringed me with his gem.”

PISA/ITALY: The Italian poet Dante Alighieri in his Purgatory’s 5th Canto puts these essential noble modest words on the lips of the young unfortunate Pia de’ Tolomei, placing her among the dead who suffered violence.

The noblewoman from Siena lived in the 13th century and was the wife of Nello de’ Pagnoccheschi, lord of Castel di Pietra in Maremma, who (it seems, though the historical sources are not univocal) assassinated her towards on 1297 to avenge her alleged infidelity in order to marry Margherita Aldobrandeschi. However the figure of Pia is halfway between history and legend and was also the subject of attention by other Italian writers such as Matteo Bandello, Bartolomeo Sestini and other early 19th Century literates, as well as remaining in the people of Tuscan Maremma’s collective imagery.

This opera is rather freely based on the personage of Pia de’ Tolomei using a libretto by Salvatore Cammarano, also librettist for other musicians as Pacini Persiani Mercadante and above all Giuseppe Verdi, and was composed for Teatro La Fenice in Venice although its premiere in 1837 was in the current Teatro Goldoni (at that time Teatro Apollo) in Venice having been La Fenice destroyed by fire in 1836.

Writing the libretto Cammarano took note of a whole series of literary works as earlier mentioned focusing his work on the unfortunate character of Pia, who at the Venetian premiere was interpreted by the celebrated soprano Fanny Tacchinardi Persiani. As well known the famous Italian musician Gaetano Donizetti (1797-1848) was a very prolific composer and in his artistic career composed over seventy operas, many of which in recent decades have been brought again to light in Italy thanks to new sensibility and new interest in the beginning of the 19th Century’s melodrama.

It is not here the right place to investigate why Pia del Tolomei fell out of repertoire after having some success until the sixties of the Nineteenth century, anyway it was revived about a century later in the 1960s having subsequently some theatrical performances and recordings.

As you can easily imagine this Donizetti rarity is a strong-colored opera with a highly dramatic connotation, the plot taking place conventionally in the midst of the most common topoi of melodram, with misunderstandings, supposed betrayals, horrible prisons, choruses of warriors and maidens, inevitable references to supernatural by an hermit monk, thunderstorm, poisonings and so on. 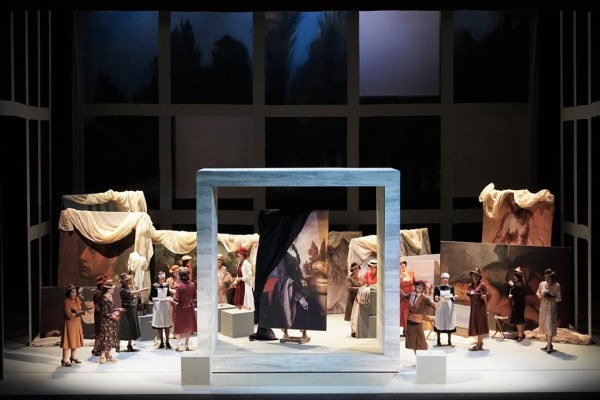 The main character of Pia is outlined even if rather unresolved showing not many facets, relegated to the figure of the unhappy virtuous and finally unjustly murdered Siena noblewoman

. On the contrary the tenor Ghino degli Armieri who is Nello’s cousin seems a psychologically more rich and faceted character, divided among the initial infatuation for Pia and the subsequent desire for revenge.

Around Pia and in contrast to her figure there is a world made almost only of violent and evil men, apart from her brother Rodrigo (the part is en travesti, being entrusted to a mezzo), and an ancestral rivalry between Guelfi and Ghibellini struggles (Pia’s husband and brother were also political opponents). As we can see, a very manichaean opposition, the good ones on the one hand, and the bad ones all on the other. 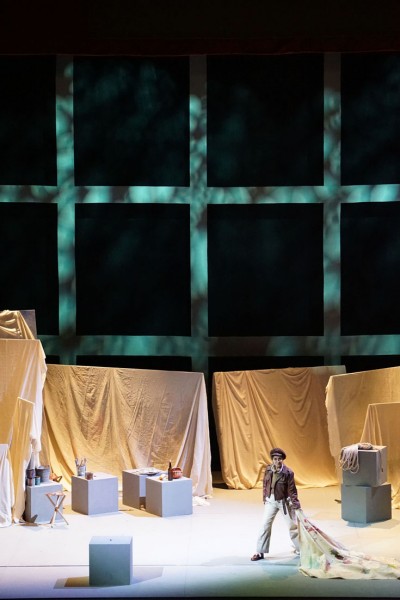 Donizetti modified also the first draft of Pia several times (this is certainly not the right place to talk about it) in order to meet, as used at that times, the needs of the singers in the various performances (in this performance that we are reviewing is staged substantially the first version, but with the final of 1st Act written for Senigallia in 1837) and exists even a final with a “happy ending” written by Donizetti himself, where Pia does not die.

The opera appears fairly unequal, not particularly inspired, result of a great “experience” rather than authentic inspiration, and also in a manner, but its relative rarity of representation caused a rush of Donizetti fans from all over Italy to Teatro Verdi of Pisa. Among its particularities, a musical line of the arioso of Ghino O Pia mendace will be the same of Amami Alfredo by Verdi, and La Traviata was written 16 years later: coincidence or quotation of the colleague? Maybe we will never know, but the thing is really curious.

From the musical point of view we have to say that an opera like this one would require great voices so to extoll donizettian vocal writing, which unfortunately wasn’t in this performance.

Conductor Christopher Franklin holds the reins of the opera with ease and security, is good in ensembles even if showing little fantasy in accompanying individual voices. His interpretation of Donizetti is sometimes vehement and rather anticipatory of some early Verdi operas atmosphere.

The Orchestra della Toscana and the Chorus Ars Lyrica (to whom are entrusted some interesting pages in this opera) gave good performances. 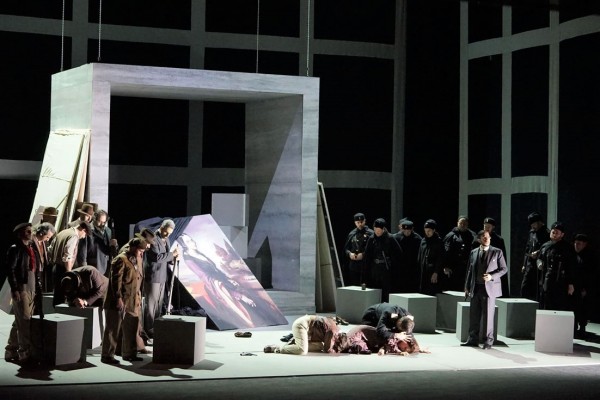 Francesca Tiburzi is the insufficient main character, even less interesting than in Tosca opera in which we heard her a few weeks ago in Florence also reviewing for Kulturkompasset
. Pia’s vocal line would require voice and technique of an adamantine purity, features difficult to find in her way of singing. We have also to point out a fairly uniform generic phrasing and a not very good pronunciation.

Tenor Giulio Pelligra as Ghino degli Armieri shows a quite interesting voice, at ease especially in the middle-high register, with a nice colour of voice and an appropriate phrasing. He went on growing in his performance always showing safety in singing.

Mezzo Marina Comparato as Pia’s brother Rodrigo shows her stylistic attachment never separated from the expressive side of her character, sporting her intelligent and meticulous vocality.

Baritone Valdis Jansons copes with honor, his voice is fairly uniform and the phrasing is imaginative, so that Pia’s husband Nello della Pietra is well characterized.

All the other singers in secondary characters were good enough.

The stage direction by Andrea Cigni, using the schematic semi-fixed scenery by Dario Gessati, extolls the essential dramatic knots and the conflicts between characters transferring the story to the time of the Italian Partisan War against the Fascists, in the 30s of Twentyeth Century.

The staging is visually rather accurate, the transposition at first seeming to work pretty well, even if with the continuation of the opera gets a bit tiring. Innocent sensitive and blameless Pia, in love with Tuscany her home country, seems to be a collector of works of art and paintings (yes, just paintings, and the idea seemed weak and really farfetched) against which the tragic events that make the background of the story are conspiring. Nello is a fascist Mayor while Pia’s brother Rodrigo is a partisan unfairly imprisoned by the Fascists, and so is outlined he opposition between the two political factions.

Partially excusing the stage director we must say that in the presence of a fairly little “theatrical” libretto he has to invent a dramaturgy, and he does with intelligence and experience. Unfortunately his work seems to be largely unrelated to the expressive atmosphere of the opera, the story of the characters seeming trivially set in another era, not adding or removing any further significance to the plot, so that the operation seems rather sterile and foreseeable.
Surely refined is the light designing by Fiammetta Baldiserri, as said the scene by Dario Gessati is only functional, the costumes by Tommaso Lagattolla seem to set the story (beyond the presence of Fascists and Partisans) almost in the midst of a vaguely pirandellian comedy of the 30s, with Kafka’s touches in some male characters.
The large audience gave a warm success, apart from some booing at the appearance of the makers of the visual part of the opera.