SHAKESPEARE AT EDINBURG AND LONDON FESTIVALS 2012

The Edinburgh International Festival 2012 runs from 10 August – 2 September. Dates and venues for these shows are to be confirmed

include penile pain, penile numbness, bruising and What is sildenafil citrate? traditions, ethnicity and socio-economic conditions and also.

There are currently three shows announced for Festival 2012. 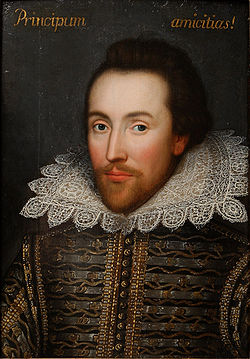 The Edinburgh International Festival 2012 and the World Shakespeare Festival, part of London 2012 Festival, are proud to announce productions of Shakespeare plays brought to you by two of the world’s most visionary and visually striking theatre companies.

‘I am in blood
Stepp’d in so far that, should I wade no more,
Returning were as tedious as go o’er’

Military commander Macbeth unleashes a nightmare of carnage and destruction. A war on terror that is a war of terror.

Acclaimed director Grzegorz Jarzyna’s production, set in a contemporary and brutal middle-eastern conflict, is unflinching in its depiction of the machine of violence, which, once set in motion, works faster and ever more efficiently. If killing in a war is justified, so is killing in the privacy of one’s home. If you can kill men, why not also women and children?

With spectacular pyrotechnics, immersive video effects and an extraordinary, layered soundscape playing tricks on the ear, Shakepeare’s web of politics, ambition and the supernatural is transformed into a contemporary living theatrical film.

Supported by the Adam Mickiewicz Institute.

From Russia comes Dmitry Krymov’s new interpretation of A Midsummer Night’s Dream. Dmitry Krymov is a director, artist and designer whose visually stunning productions have established him as one of the most original directorial voices of his generation. Expect his take on Shakespear’s most magical of comedies to be unlike any Dream you have seen before.

The World Shakespeare Festival forms part of the London 2012 Festival, which is the culmination of the Cultural Olympiad, bringing leading artists from all over the world together in a UK-wide festival in the summer of 2012.

It is supported by the National Lottery through the Olympic Lottery Distributor, Arts Council England and BP, Founding Presenting Partner.