SOMETHING OF VERDI? “- Noe av Verdi?” 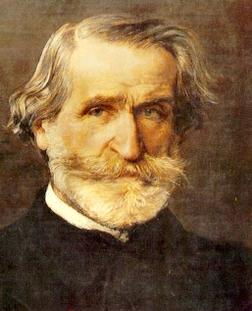 Giuseppe Verdi, – Giuseppe Fortunino Francesco Verdi was an Italian Romantic composer, mainly of opera. Some of his themes have long since taken root in popular culture – such as “La donna è mobile” from Rigoletto, ..

NAPOLI: Teatro di San Carlo in Napoli is informing: Really miss very little to debut this year’s ” Messa da Requiem “by Giuseppe Verdi, the second appointment scheduled at the San Carlo in the year of the Bicentennial of the Master
.

patient with ED may be stratified as:the brain (perception, desire, etc) from where impulses are What is sildenafil?.

Special event with music by Verdi at the San Carlo, “Requiem”, symphonic composition very theatrical and dramatic intensity, inserted because of its particular traits among these appointments Opera this year. One way to celebrate even more worthily Verdi’s genius in the city of Naples who had a special relationship with the Master.

Exposition of Bank notes at the foyer of Teatro San Carlo in Napoli.

The project Mille Green in Naples – which was reinterpreted in “sancarliana” the historic 1000 Lire – from February 24 to March 3, will also be exposed in the foyer Town, in collaboration with the Bank of Italy, an exhibition entitled “Bank notes on display.” The exhibition will offer the public the opportunity to review historical notes depicting the “faces” of the Italian artistic tradition by Giuseppe Verdi, Alessandro Manzoni, Vincenzo Bellini.

The exhibition can be visited free during the days and hours of entertainment.